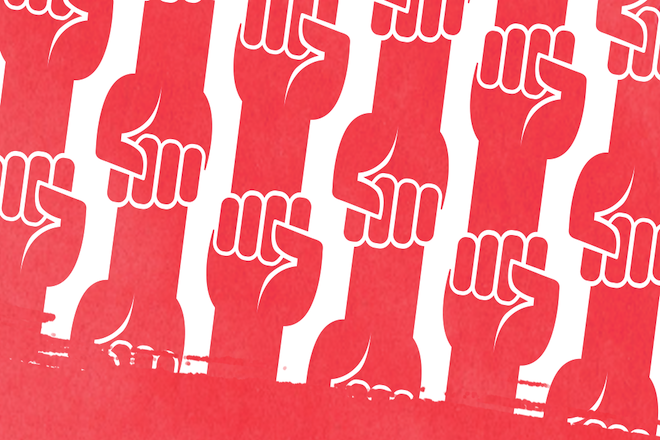 As Coronavirus spreads around the world, more and more countries are forced to go on lockdown to limit its spread. The UK did so this week, following in the lead of France, Spain, Italy and China.

This has meant that all events have been cancelled or postponed, and bars, clubs and pubs have been forced to shut down in order to keep the general public as safe as possible and reduce the strain on the health service the spread of virus exerts. This leaves musicians, DJs and nightlife workers in the lurch without much help or guidance in terms of lost income.

Read this next: How Coronavirus is affecting music

Over the past week or so, there have been a large number of grassroots, artist-led funds that have been set up to support a community of freelancers and people on zero-hours contracts.

In the UK, Dalston Superstore, a key club in London’s queer nightlife scene, has set up a hardship fund so that it can support its freelance community of DJs, dancers, security and more. The venue hopes to be able to pay its contracted staff with the measures for small businesses introduced last week by the government.

Read this next: Six of the best dance music documentaries to watch on Netflix

Similarly, Berlin Collective Action have launched a Nightlife Emergency Fund, which has been co-signed by Room 4 Resistance, Lecken, TUF, Berlin Strippers’ Collective and POLY. Artists. This will go towards funding those nightlife workers most at risk, including those who are immunocompromised, sex workers, low-income, disabled, or those unsafe in quarantine.

The sex worker community, who are an often unfairly stigmatised part of the nightlife scene and culture around the globe, are also suffering losses in the Netherlands since the government ordered the closure of brothels. Dutch sex worker Hella Dee has set up an emergency fund to help sex workers that depend on short-term income and can’t get any compensation from the government for lost work. Each applicant will receive €40 to cover basic necessities like food and medicine.

Read this next: Is Coronavirus impacting a music event or festival near you?

New York DJs MadBack, DJ Louie XIV and CFLO have banded together to set up a fundraiser specifically for New York City DJs. They say in their plea for funds that as DJs can’t file for unemployment and aren’t eligible for small business loans in NYC, DJs are in need of extra-governmental financial support. A similar initiative has been set up to support low-income Canadian artists and musicians hit by the COVID-19 pandemic.

Dublin’s The Civic theatre have also set up a fund to help artists who have lost all their work through the pandemic.

These funds are all in addition to the institutional support from some of the big industry players. For example, the Musician’s Union in the UK have set up a £1m hardship fund for musicians in ‘genuine and pressing hardship’. In the States, the Recording Academy, which put together the annual Grammy Awards, have set up a MusiCares Coronavirus relief fund that people can donate to, and that will provide financial relief for recording artists who have lost their income for the foreseeable future.