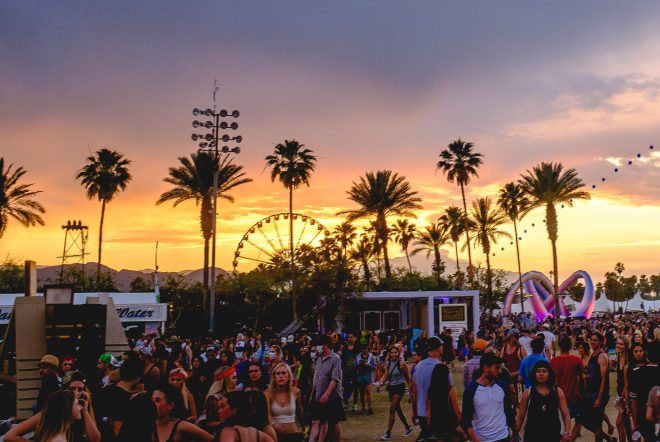 Coachella promoter Goldenvoice has confirmed the postponement of the festival due to COVID-19, aka coronavirus.

News of Coachella's potential postponement was reported yesterday and it's now been confirmed the California festival will take place from October 9 to 11 and October 16 to 18. It was originally scheduled for the weekends of April 7 and 10, with the likes of Frank Ocean, Travis Scott, Koffee, Caribou, Black Coffee, Yaeji and more due to play.

The decision to postpone the festival was directed by the County of Riverside, as stated by Goldenvoice in a Facebook post.

Read this next: Live blog: Is coronavirus impacting a music event or festival near you? 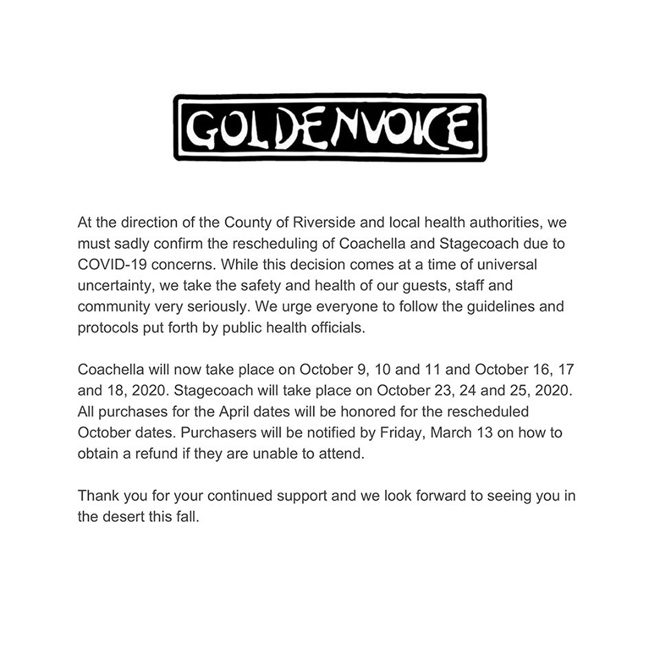 Tickets will still be valid for the later date, with purchasers being told on March 13 about the refund process if they're unable to attend the rescheduled date. Neighbouring festival Stagecoach has also been rescheduled, while other events cancelled include alongside Ultra Music Festival and SXSW.

Having heard the news of Coachella's rescheduling, Tesla head honcho and progressive house producer Elon Musk tweeted what he thinks of the festival's "sucking" vibe.

Read this next: Miami Winter Music Conference is going to be rescheduled due to coronavirus

Coachella should postpone itself until it stops sucking

Coachella simply responded with 'lol' and a photo of Jaden Smith performing atop a Tesla car at the festival.

Check our live blog here for updates on festivals affected by coronavirus.