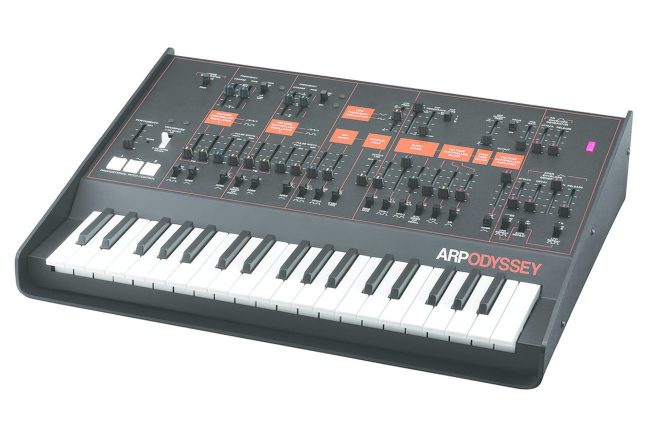 Last year, the analogue revival heated up with Korg's recreation of the classic MS20. Now they resurrect the Arp Odyssey. The orange-tinged classic from 1972 was much loved by a generation of major players like Herbie Hancock and Gary Numan – but how does it perform in the modern world?

What can it do?
Korg drafted in the ex-Arp President to oversee production of this duophonic synth, to ensure that the remake was as faithful as possible. The envelopes are as accurate as ever, and you can flick between the three historic models of the Odyssey with a switch.

What's different?
Arguments have already broken out over whether this new version sounds exactly like the old. It was never going to be an exact sonic replica, but it has the same basic character, and functions like Drive add power and crunch to your sound. Midi and USB are new features, too, and the Arp Odyssey is now 86% smaller, something live artists will particularly appreciate; it also ships with a hard travel case. Finally, a Transpose switch means you can move up or down octaves easily.

Any weaknesses?
The keys are smaller than the original and lack modern improvements like after-touch and velocity.