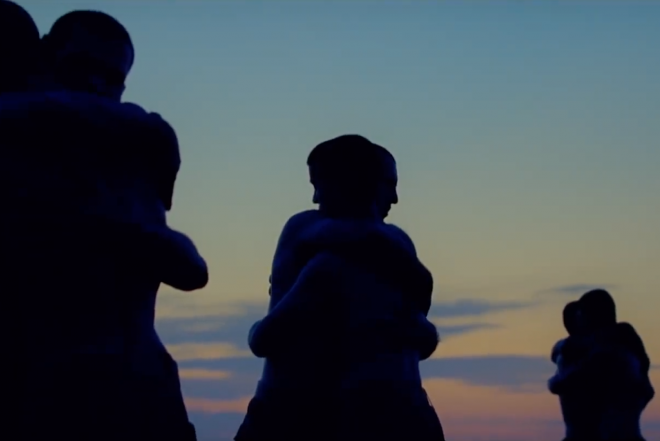 Agoria has teamed up with young Lebanese filmmaker Jessy Moussallem to release a powerful new film for his latest single ‘Embrace’.

The new visual explores themes surrounding global millitarisation, with Jessy drawing on her experiences growing up in Lebanon to create a film as poignant as it is personal.

Discussing the visual via a press release Agoria explains, “There was no question for me – I only wanted Jessy to direct the video for ‘Embrace'. She is fabulous and the only [one] who could film the right message of the song."

Adding, "Her ability to defend engaging topics with poetry always blows my mind. It’s always more tricky to deliver positive messages than negative or cynical ones. The video is showing the training of soldiers, in their intimacy, facing their ego, their doubts. Most of all – it questions our own choices, our duplicity, the fears and the challenges of humanity.”

Meanwhile Jessy notes, “My uncle was killed at the age of 22, two days before Christmas in December 1983, while fighting for a militia during the civil war in Lebanon. Growing up and hearing stories about him and his comrades, I questioned the militarization of human kind; how these young soldiers are trained to kill, and at the same time willing to sacrifice their lives.”

Adding, “This film explores notions of institutionalized ritual, masculinity, and sacrifice, where human intimacy and the brutality of militarisation blur.”

Watch the captivating clip below and stream ‘Embrace’ here.

Earlier this year Agoria took part in Sonar x NASA’s campaign to transmit music into space. Mixmag and WAV caught up with him to discuss the campaign, his music and more with him at ADE. Find out more here.