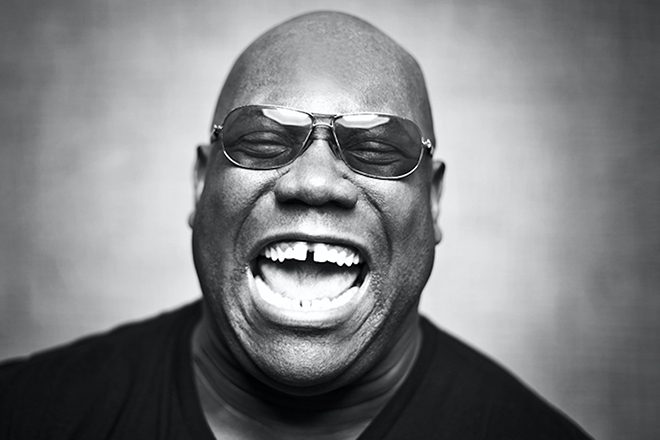 Carl Cox has been live streaming every Sunday from his home in Australia and for the last fortnight has been treating viewers to special 90s sessions that have seen the legendary DJ dig deep into his vinyl collection.

While episode 9 of Cabin Fever was filmed in Carl's studio, episode 10 saw him move to his record room to play across three decks and give a typically energetic introduction.

"This week, so many requests for so much music, I tried to find as much as I can," he said.

"As you can imagine it was quite hard to go through my records because there's so many of them to sift through! But I've found a few amazing gems in my collection and I hope you appreciate the fact that I did get in there, I dug deep for the tunes that you'd like to hear today."

After starting his first track, 'Bass Shake' by Urban Shakedown, he took to the mic again to say "1990, 1991, 1992, 1993, 1994 – for me those were the best years" before pointing to a projection showing footage of the Warehouse in Doncaster from that time playing behind him and saying "I loved that place, it was hot, sweaty and pumping!"

Coxy's energy is infectious and there's no one better to bang out the classics.

Check out episode 9 below and check episode 10 right here.