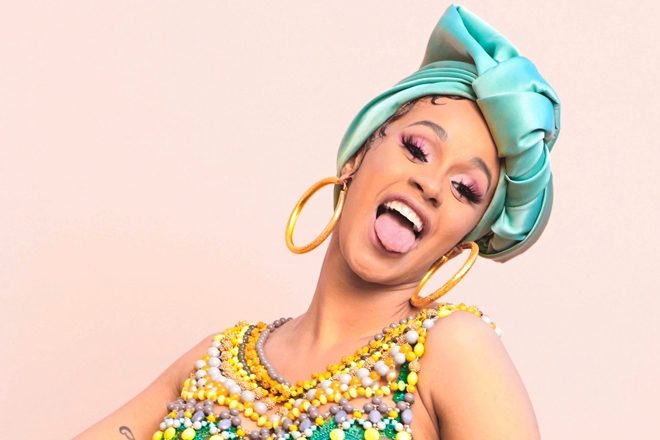 Cardi B unleashed a rant on people hating on her win at the Grammys before deactivating her Instagram account.

The ‘Bodak Yellow’ rapper, whose album ‘Invasion of Privacy’ picked up the award for Best Rap Album, uploaded a video lambasting online commentators who had been critical of her win, shortly before deactivating her account.

Cardi's rant included how she made the album when she was pregnant with her baby Kulture.

In the video, Cardi B went on to call out people who had supported her after she was snubbed for ‘Bodak Yellow’ at last year's Grammys but were now being critical of her win for ‘Invasion of Privacy’. She also highlighted the challenges of recording her album whilst undergoing a pregnancy.

She said: “I remember last year when I didn’t win for ‘Bodak Yellow,’ everybody was like, ‘Cardi got snubbed, Cardi got snubbed.’ Now this year’s a fucking problem?” she said.

“My album went two-time platinum, my n******-. And every chart that there was, my album was always top 10. Number one album as well. I fucking worked my ass off, locked myself in the studio for three months, my n******, then went to sleep in my own bed, sometimes for four days straight, pregnant. Some songs couldn’t even get on the fucking album because my nose was so fucking stuffy from my pregnancy. N****** couldn’t sleep, n****** couldn’t do shit.”

Justice and Diplo were among the electronic acts to win Grammys on Sunday night in Los Angeles.