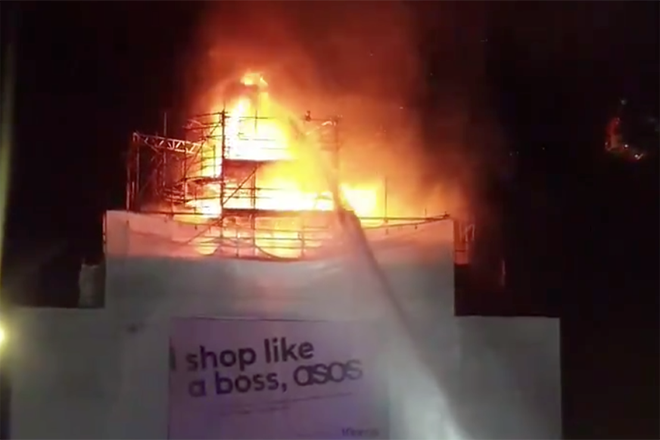 Camden's KOKO club is currently on fire. The popular club had recently closed its doors to transform into a "world-class music and hospitality destination" and was set to reopen in Spring 2020. This may now be delayed after today's events.

Read this next: 12 DJs talk about their favorite clubs

The hefty fire is already being tackled by the London Fire Brigade with about eight trucks and sixty firefighters on the scene.

The institution opened back in the late 1800s as a Victorian theatre and has slowly transformed into the versatile club it is today, showcasing acts from Sherelle all the way to Wiley.

We have our hopes up for the recovery of this London staple.

Watch a video of the fire below, taken from Twitter.

Update: It appears the fire is now under control and fire-fighters have tackled the blaze.

Things very much under control now. Looks like KOKO is saved. Thank you so much to the firefighters for responding so quickly. pic.twitter.com/Sj90lsDhUt