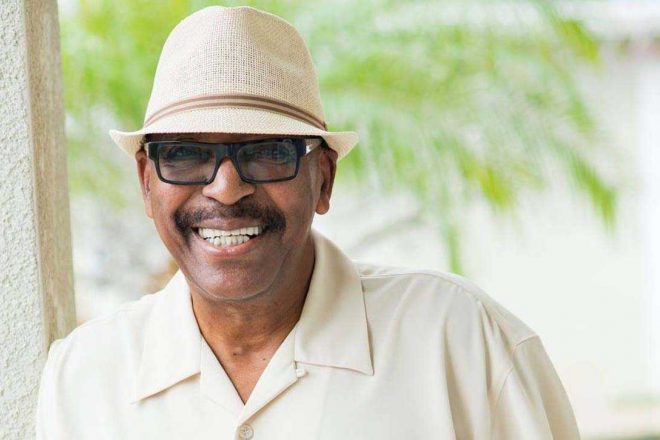 The Rock and Roll Hall of Fame inductee was born in Beckley, West Virginia and began his musical career singing in a church choir.

When he and his family moved to New Jersey, he worked as a 13-year-old barber where he met Clinton and Grady Thomas as well as customers Ray Davis and Fuzzy Haskins. This was the start of a barbershop quintet that grew into Parliament.

Once Parliament developed, Calvin featured on works such as ‘Mothership Connection’ and ‘Funkentelechy vs. the Placebo Syndrome’ as well as Funkadelic albums ‘Maggot Brain’ and ‘Cosmic Slop’.

Parliament changed their name to Funkadelic after issues with their record label in 1970. After winning back the rights of the name The Parliament they decided to shorten it to Parliament. Funkadelic continued producing underground records whereas when working on Parliament they made more commercial R&B.

He told Tamba Bay Times in 2017 that: “We opened the way for Prince, and Dr. Dre and Snoop Dogg. In gospel, Kirk Franklin took one of our tunes for a track. We learned the hard lessons with record labels and people now know better. They know they need to own themselves.”

After leaving the group Calvin went on to work on gospel music and released the album ‘Share the News’ on his own Simon Sayz label.

Around the same time of his solo career starting, Calvin returned to Berkley where he helped build a new building for Sky Baptist Church, where he was rebaptized.

Whilst he prepared to tour his album Calvin was diagnosed with thyroid cancer and underwent throat surgery. He later released the album ‘It’s Not Too Late’ which was released after losing his wife Jennifer to cancer.

“There was such a positive message and vibe to the original music of Parliament-Funkadelic that was delivered in a fun way,” he said on his website.

“True music, true arrangements, pure joy. I think long-term fans will again relate to that side of the music. New fans can experience my version of gospel music, which I call ‘Sanctified Funk.’ It’s music without the synthesizers and auto-tuning.”