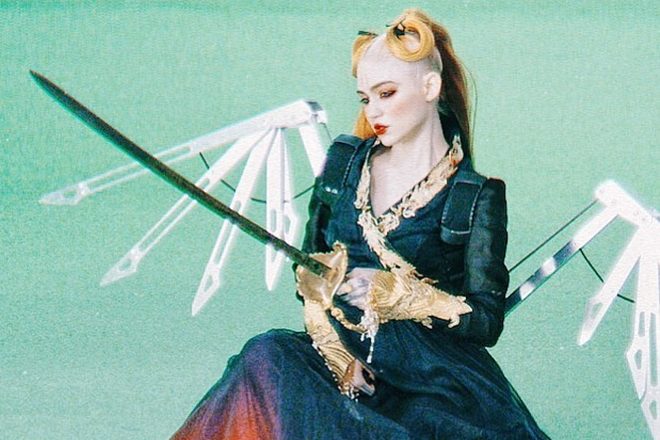 It looks as though Grimes might be in the running for the next best anime soundtrack.

The Canadian singer-songwriter took to social media over the weekend to tell fans that her long-awaited nightcore album - a record that has allegedly been in the works for seven years - might be due for release soon.

“After my albums out I have like a 35-track nightcore album I’ve been making since 2015 that I think rly needs to come out,” she posted on Instagram on Sunday.

“I don’t think it makes a ton of sense but it’s getting so absurdly long lol,” she continued. The singer’s post prompted responses from the likes of Paris Hilton, who replied with a heart-eyed emoji, and Princess Nokia commenting: “I know this pretty rave girl!!”.

The genre, commonly associated with anime and hyperpop, uses pitched-up vocals with a faster BPM to sound as though a track has been played at double speed on a record player.

The most recent nightcore dabblers, such as PC music pioneers Danny L Harle and A. G. Cook, have brought the genre back into the spotlight after it made huge waves in the early 2010s.

Grimes herself has released nightcore-resembling tracks in the past such as the 2019-remix track ‘We Appreciate Power’. The singer first revealed a nightcore album was in the works in an interview with Resident Advisor in 2020.

The next record from Grimes, ‘Book 1’, is awaiting release at some point in 2022. In December, the singer said that she was looking to “change” her day job and step away from her music career due to “suffocating” celebrity culture.