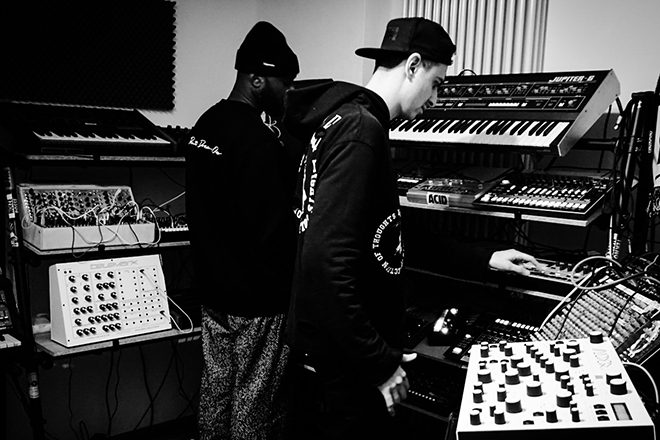 In the spring of 2017, Boys Noize partnered with renowned designer Virgil Abloh for an Off-White collaboration around his 'Mayday' release. Now, the pair have turned the tables on a new project, this time turning to Boys Noize's specialty in the studio.

Brought to life in Boys Noize's Berlin studio last year, the two have released 'Orvnge'. Though Virgil has been DJing for a while now, 'Orvnge' marks his first official music release.

"Birthed out of mutual admiration of our points of views in music and art alike, we made a track to score the moment," Virgil said in a release. "This first track of ours sums up that awesome vibe we've shared in my studio in Berlin," Boys Noize continues. "It's a club banger sui generis. And it's the beginning."