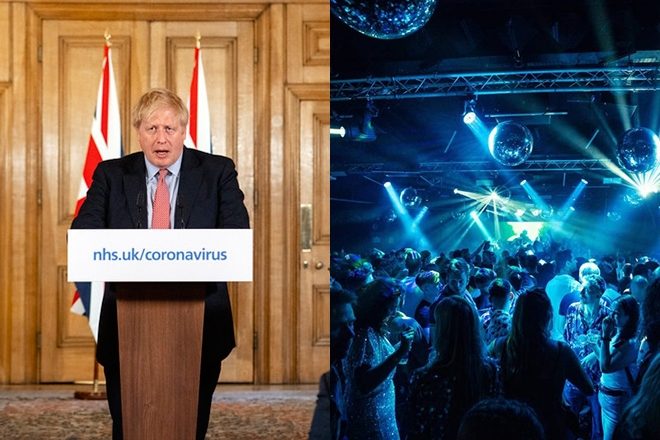 UK Prime Minister Boris Johnson has finally referenced nightclubs while discussing the safe reopening of businesses during a press conference at 10 Downing Street.

He said that rapid lateral flow testing could be used for the reopening of businesses that have been the “toughest nuts to crack, as it were, such as nightclubs … those parts of the economy we couldn’t get open last year.”

Read this next: A rapid COVID-19 testing service designed for the events industry has launched

Johnson said that while mass vaccination is the overall aim for safely reopening the country, with every adult in the UK hoped to be vaccinated by autumn, that rapid testing used in combination with vaccination will be likely for nightlife.

However, he added: “I want to stress to everybody, it is still early days and there are lots of discussions still to be had.”

A government source also said to the BBC: "There is a long way to go before we can get people back at big events safely."

Michael Kill, CEO of the Night Time Industries Association (NTIA), told the BBC that employing rapid testing upon entrance would not be straightforward for venues, requiring swab tests outside and a 15 minute wait to get a negative result before being admitted inside. This means venues will have to employ staggered admissions and plan for what to do if they find positive cases in the queue.

A rapid testing music event in Barcelona in December was hailed a success, producing no COVID infections afterwards.

In New York, governor Andrew Cuomo announced the state will allow large venues to reopen with reduced capacity and safety measures in place from next week after hailing an NFL stadium testing pilot as an “unparalleled success”.

Read this next: Unum, first festival with rapid COVID-testing, will “100%" happen this summmer

Critics of lateral flow testing have warned that the test can often produce false negative readings.

Results from Public Health England have indicated that the test has an overall sensitivity of 76.8%, meaning that just under a quarter of results were false negatives, and that the sensitivity dropped even further to 57.5% when the test was administered by self-trained staff at track and trace centres. More positively, the results also found that the lateral flow test detects more than 95% of individuals with high viral loads.

Johnson is due to announce the government’s ‘roadmap’ for easing lockdown restrictions and safely reopening businesses in the UK next Monday, February 22.

Next month test events in music venues in the UK using ‘health passports’ are planned to take place.

Although Johnson said there are no plans to use ‘vaccine passports’ for visiting nightlife venues such as pubs and clubs, he suggested this will be likely for foreign travel, saying: "I think inevitably there will be great interest in ideas like can you show that you had a vaccination against COVID in the way that you sometimes have to show you have had a vaccination against yellow fever or other diseases in order to travel somewhere. … I think that is going to be very much in the mix down the road, I think that is going to happen.”

Nightclubs have been closed in the UK since the first lockdown was announced in March 2020.

Not being able to to open for close to a year has had a disastrous effect on the finances in the industry, with the NTIA recently warning that 81% of UK nightclubs will not survive beyond this month without government support.

Johnson finally referencing nightclubs has been welcomed by some nightlife industry leaders who have been calling for government support and action through the pandemic.

Sacha Lord, Night Time Economy Adviser for Greater Manchester, wrote on Twitter: “Can someone pinch me please.... Tonight, after 11 months...The Prime Minister has finally uttered the word we have been waiting for: "Nightclub.".”

Can someone pinch me please....

Tonight, after 11 months...The Prime Minister has finally uttered the word we have been waiting for:

Watch Boris Johnson's on rapid testing in the press conference below around the 47:58 mark.