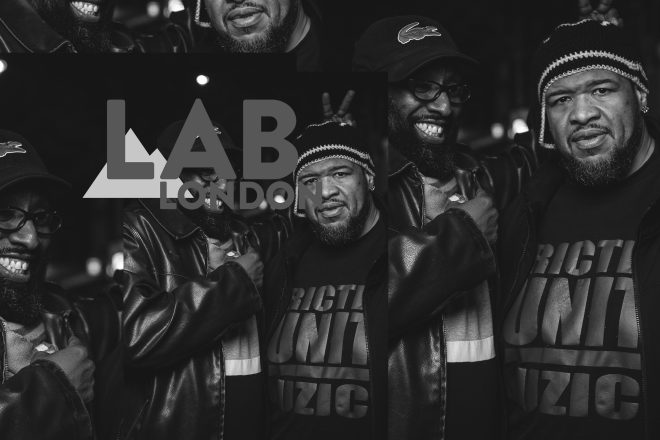 It's a very special back-to-back from house stalwarts Boo Williams and Glenn Underground this week.

The two Chicago house producers have worked closely together since the mid-1990s, teaming up as Strictly Jaz Unit. Under this name, the pair have been responsible for a hot run of divine house flavours, the kind teeming with sultry jazz elements and that soulful swing you love to hear on a dancefloor.

Albums released include 1996's 'The Parables of S.J.U' and 1997's 'Future Parables', the former containing the delectable 'J-Dance' and the latter containing a bouncing house jewel in 'G.U's Jaz Theory'. Basically, the two of them know how to make a top-class house track. You know, real house music.

They're not bad individually, either. Glenn's solo career has seen him release on Peacefrog Records, Cajual Records and Dance Mania. His album 'Atmosfear' is an essential for anyone on the hunt for a classic house record. Meanwhile, Boo has ticked of Relief Records (a Cajual sub-label), Josh Wink's Ovum Recordings and Rush Hour as labels he's released on.

Now they are back as Strictly Jaz Unit with 'The Tempest', an LP release, due out on June 21 (vinyl) and July 1 (digital), packed with their magical house touch. Pre-order the album on Juno and Groovedis.

Sign up for guestlist to join us in The Lab LDN here and catch the live stream on our Facebook this Thursday (June 13) from 6pm. Re-watch later on Mixmag TV.

For 2019, The Lab LDN will also shine a light on talented visual artists. This week's come from Tirador, a visual and conceptual artist based in Madrid. His work examines matters of authorship through image appropriation, establishing a dialogue between the new technologies and all the languages that originate from the net, trying to analyse communication. Check out his Instagram.