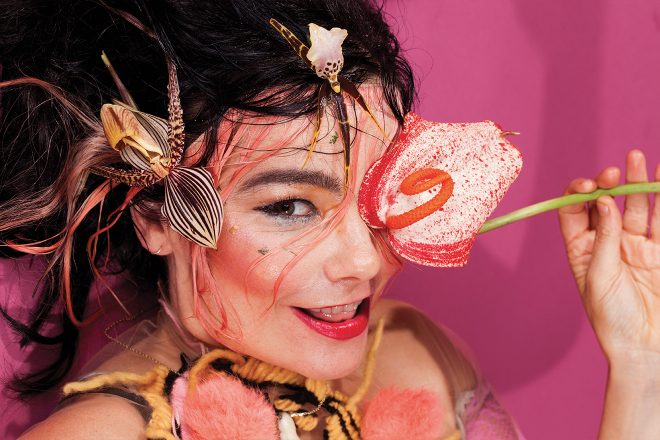 Björk has collaborated with the Hamrahlíð Choir again with the release of new track ‘Sonnets’.

‘Sonnets’ is an a capella set to a poem by E. E. Cummings, composed by Björk and performed by the choir.

It marks the second track the Icelandic artist has released this month with the choir she sang in as a teenager, following ‘Cosmogony’.

Both tracks feature on the Hamrahlíð Choir’s upcoming album ‘Come And Be Joyful’ which comes out on December 4. Pre-order it via Bandcamp.

The Hamrahlíð Choir also sang on Björk’s ‘Utopia’ album and recent Cornucopia tour as backing vocalists and as a support act.

Björk said: “i am so incredibly grateful that the hamrahlíð choir and it’s original conductor þorgerður ingólfsdóttir came on tour with me . i was myself in this choir when i was 16 and i think every single icelandic musician you have ever heard of was brought up and musically baptised by this miraculous woman . she is a legend in iceland and has guarded optimism and the light in the tumultuous times that teenagedom is . she has also encouraged and commissioned dozens of choral works from all of iceland’s most prominent composers for half a century or so . i am absolutely beyond honoured , warmthness⁣, love and respect , björk⁣⁣”

Read this next: The Cover Mix: Björk

Listen to ‘Sonnets’ below.