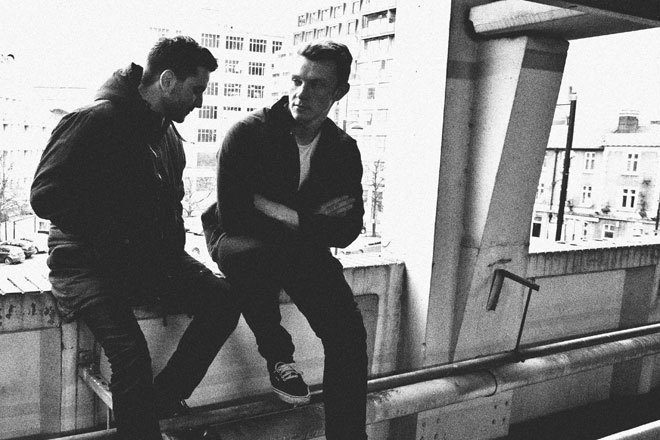 If you're into house music then there's no way you could have missed the sounds of Bicep over the last five years. The duo from Belfast have been tantalising with their throwback style of bumping house and have shot into the spotlight with a series of quality releases.

EPs on Throne Of Blood, Aus Music, Delicacies and their own Feel My Bicep imprint have all been hammered relentlessly and the pair are known for their wildly-eclectic sets that bridge the sounds of house, disco, electro and italo.

Add to that an induction into the Essential Mix ranks that they made last year, Matt McBriar and Andy Ferguson are at the top of their game.

For the their latest record they've returned to Will Saul's Aus Music and the 'Just' EP is another fine example of the pace they deliver. The title track is an epic roller that glitches in and out of focus, teasing and building from the outset.

Today however we premiere 'Back 2 U' (Tranz Dub) and this one is more subdued than the lead cut. This isn't to say that it doesn't pack heat though, far from it. Thick basslines, thumping percussion and grand, intergalactic synths once again show why Bicep are a force to be reckoned with. Get flexing.