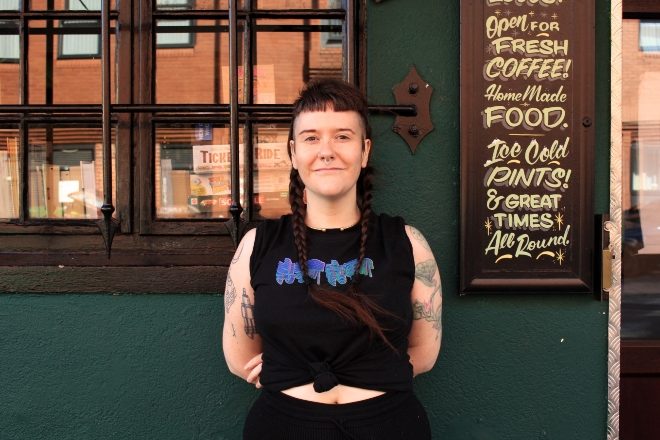 The DJ, real name Ellen Percival, passed away on Friday, May 6 in hospital. Ellen was taken from the festival site by ambulance to Southport General Hospital after they were found unconscious on Friday morning. They were pronounced dead at 8:30AM.

“This is, of course, just about the worst possible news that any parent could ever have to share,” Ellen’s father, Martin Percival, posted on Facebook yesterday.

Ellen attended Bang Face Weekender at Southport’s Pontins on Thursday, May 5, with their partner and friends. “They had a good evening on Thursday and were looking forward to the rest of the festival,” Martin said.

“The next morning Ellen simply didn’t wake up. After realising that something wasn’t right, Oli tried to revive them. He then called 999. The paramedics arrived swiftly and they did their very best.”

Also known under their artist name of DJ Mooncup, Ellen was well-known amongst Bristol’s music scene with residencies on Noods Radio and releases on Rye Wax.

Rye Wax’s Rachael Williams paid tribute to the late artist on Facebook this morning, stating: “Ellen said with regards to their spoken word piece 'Witchcraft In The Thames Valley’: ‘It was a very raw powerful feeling of wanting to make something that spoke in ways I couldn't, and not just to or for me, for and to everyone who ever felt like an outcast in that place’."

“Myself and Watson Christopher at Rye Wax wanted to share this piece of amazing work Ellen recorded for us and make it downloadable so that it belongs to everyone who ever loved Ellen. We really hope you enjoy this extremely special piece of art,” Rachael said with a link to the track.

Tributes have been coming in from far and wide for Ellen. Friends and family are arranging a picnic for those close to the musician. “Farewell DJ Mooncup – you burned so very, very brightly and will never be forgotten,” said Martin.