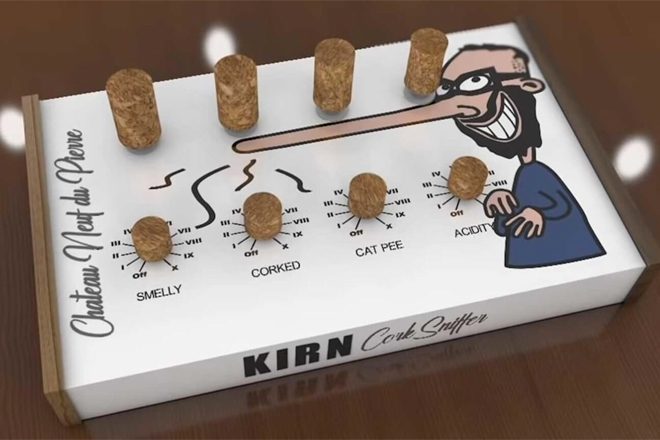 Behringer has apologised for attacking a journalist online.

The tech company launched a callous spoof video taking aim at music journalist and MeeBlip synth co-creator Peter Kirn. It depicted a fictional synth (pictured above) called the 'Cork Sniffer' and an illustration of Kirn that has drawn criticism for being anti-Semitic.

The video was barely up for 24 hours before being removed and a statement released by Uli Behringer which reads:

"What was meant as pure satire by our marketing department, has clearly offended some people and looking at the video, I could understand why. However, in no way did the team ever intend to make any connection to semitism [sic], as some people have alleged. We unreservedly apologize to Peter and anyone who felt offended."

The video, which is one of a few recent "jokes" aimed at Kirn by Behringer's Facebook account, mocks so-called music tech purists and elitists, or "cork sniffers" and includes a cartoon that is reminiscent of classic anti-Semitic illustrations.

It was released in reaction to Kirn's reporting of Behringer via his CDM website, including this report of the tech company suing a Chinese publication for suggesting that it was copying other brands and this report about a failed defamation lawsuit.

Behringer also sought to put a trademark on the name KIRN in what seems like an attempt to mess with his MeeBlip synth business but, along with the official apology, the company has since confirmed it will cancel the application.

The stunt has backfired completely, with industry figures and tech fans roundly pointing out the video's anti-Semitic overtones and the inappropriate nature of a tech company treating a journalist in such a way.

"This retaliatory behaviour towards writers or anyone else is unacceptable, shameful, petty and most of all, bigoted regardless of how you try to frame it or even if you didn’t mean to send that message. There’s no place for anti-Semitic tropes like this anywhere. You can’t deploy them and try to act like they aren’t aware of the long and sad history of this kind of imagery. We know better and you can do better," The Black Madonna said via her Instagram.