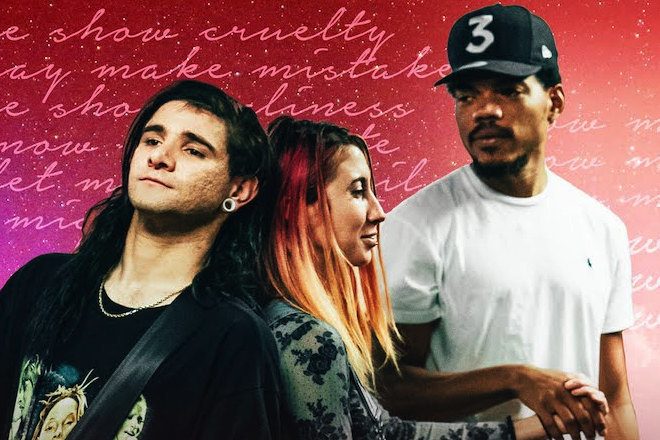 In June Hundred Waters performed their track ‘Show Me Love’ live with Skrillex and Chance The Rapper on The Late Show with Stephen Colbert. Following this performance, Nest HQ shared a video with an exclusive insight into how the track came about.

The video begins with a raw vocal take from Miglis before Skrillex enters the studio and begins re-arranging layers and adding a beat to the track.

Grammy-nominated producer Robin Hannibal also added strings to the song, but there was still something missing until Chance The Rapper had an input.

Hundred Waters' drummer Zach Tetreault said: “We didn’t have have ‘Show Me Love’ until Chance threw down a verse on it. Then we had this awesome hip hop version that we didn’t know was possible”.

The video ends with the team watching back their live performance, where Miglis, Chance and Skrillex all sing together on stage.

You can check out the behind the scenes video below.