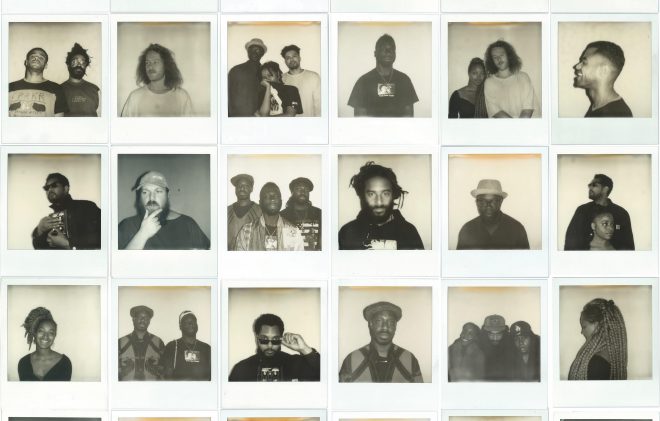 A new Basquiat-inspired compilation, featuring the likes of Kojey Radical, Shabaka Hutchings and Deep Medi boss Mala, will be released next month.

The seven-track project, titled 'Untitled', features exclusive collaborations between 18 artists who have responded to the work of the late New York-born artist.


The project has been put together by Lonely Table, DJ and radio producer Anja Ngozi and The Vinyl Factory, with additional funding provided by the Arts Council England. Speaking on the album, Lonely Table co-founder Lexy Morvaridi explains:

“Basquiat saw society for what it was and used his creativity to reflect the issues that affected him most. Untitled is a continuation of these ideals, bringing the themes he presented to a contemporary setting and using music to tackle issues that are still prevalent in today’s society. This album is a visceral response to the times we live in.”

‘Untitled’ will be released on May 31 and can be pre-ordered here.

Read this next!
26 photos of Basquiat, Warhol, Haring and more in hedonistic NYC nightclubs
A 1983 Jean Michel-Basquiat-produced single has got a vinyl reissue
Kojey Radical talks style