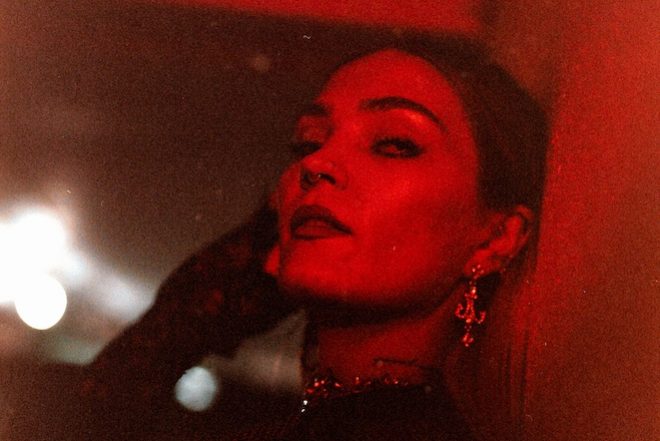 Bristol-based newcomer Badliana has released the video for her newest single ‘Motorola’.

Co-written with her frequent collaborator MUSSI and produced by Monokey, ‘Motorola’ marks Badliana’s debut release on Saffron, a record label created exclusively for women and non-binary artists. Badliana’s vocals are hauntingly soft above a hard trap-inspired beat. She almost purrs, willing you to take a wrong step just so she has an excuse to show you what she’s made of.

The video exudes boss bitch energy: long nails, red lights and fast cars all feature heavily. At one point, Badliana coils a snake around herself, just in case anyone doubted her credentials as someone who absolutely means business.

Badliana previously released music under the name Anna Lisa, under which she went to Worthy Farm to perform at Glastonbury in 2019. Over the past year, Badliana has been part of Saffron’s artist development program, an intersectional initiative providing support for artists of minority genders in music.

‘Motorola’ is taken from her upcoming EP arriving on April 23.

Watch the video for ‘Motorola’ below and find out more about Saffron here.