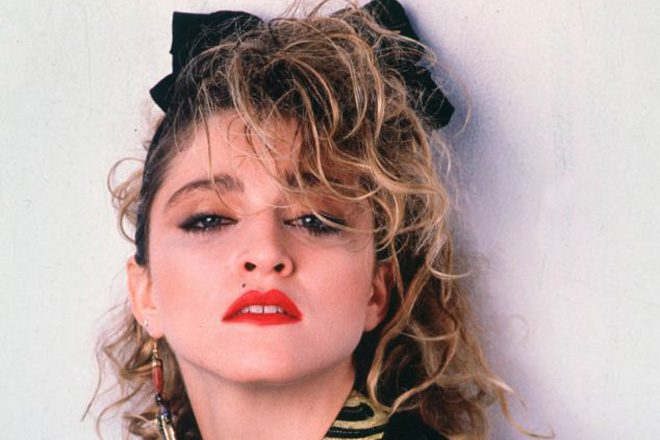 Last year the planned auction of a number of Madonna’s intimate personal items was stalled after the American artist opened legal proceedings against the sale.

Lots featured in the listing from the Gotta Have It Collectibles auction house included a pair of underwear, a hairbrush, personal photos, and a breakup letter written by Tupac Shakur while in prison in 1995, ending his brief romance with Madonna, and citing race as a reason.

In the letter Tupac writes: "For you to be seen with a black man wouldn't in any way jeopardize your career – if anything it would make you seem that much more open and exciting. But for me, at least in my previous perception, I felt due to my 'image,' I would be letting down half of the people who made me what I thought I was. I never meant to hurt you."

Another breakup letter written by Madonna and addressed to “J”, believed to be actor John Enos, also features, in which she calls Whitney Houston and Sharon Stone “horribly mediocre”.

Last July Madonna filed a request for a temporary restraining against the auction house, seeking to remove 20 items from sale. These were halted, while the auction of over 100 other Madonna items went ahead, many of which were contributed by Darlene Lutz, Madonna’s personal assistant for over two decades.

In the court filing, Madonna claimed she was not aware she no longer possessed the items and that Lutz had "betrayed my trust in an outrageous effort to obtain my possessions without my knowledge or consent."

She also said: "The fact that I have attained celebrity status as a result of success in my career does not obviate my right to maintain my privacy, including with regard to highly personal items. I understand that my DNA could be extracted from a piece of my hair. It is outrageous and grossly offensive that my DNA could be auctioned for sale to the general public."

A representative of the auction house told Rolling Stone: "Madonna and her legal army have taken what we believe to be a completely baseless and meritless action to temporarily halt the sale of Ms. Lutz’s legal property.

"We believe that her intent is nothing more than to besmirch the good reputations of the auction house and Ms. Lutz. Madonna's allegations will be vigorously challenged and refuted in a court of law in due course. We are confident that the Madonna memorabilia will be back listed in a future Gotta Have Rock and Roll online auction once the legal proceeding is concluded."

The auction house has now won the legal battle, and the auction will go ahead in July.

Announcing the decision on Monday, Justice Gerald Lebovitz wrote: “[Madonna] knew that throughout her relationship with Lutz, Lutz was in possession of various pieces of [Madonna’s] personal property. Yet before this action began, the plaintiff did not make any demand to return her possessions," reports the NY Daily News.

The judge also noted that Madonna lost her claim over the items in her employment termination agreement between herself and Darlene Lutz.

The auction house released a statement on Monday, saying: "We did substantial due diligence when we took all the Madonna items for auction. We were confident that Madonna had no claim whatsoever, and the judge clearly agreed with us.”

Lawyer for the auction house, Jeffrey Haas, added: "I was confident in our case and that Madonna’s lawsuit was frivolous. And all the high-priced attorneys she hired couldn’t change that fact.”