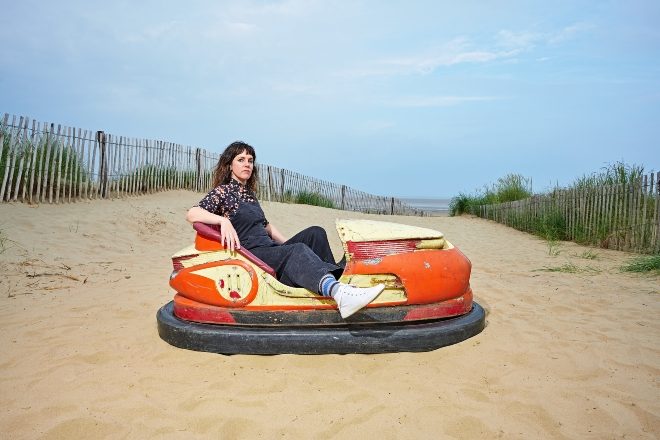 Musician, composer, and producer Anna Meredith has launched a new installation as part of her 'DODGE' project at Somerset House, ‘Bumps Per Minute’.

The project is a new take on the original fairground concept in which dodgems create a collective sound based on the bumps and hits against one another. With every bump and swerve of the dodgem, a change in BPM occurs.

Using specific tracking technology, the BPM ranges from 62 to 200 with every movement. ‘Bumps Per Minute: 18 Studies for Dodgems’ is the official title of the installation and further album released today, which sees 18 dodgems create the unique experience collectively.

Read this next: Sherelle and Afrodeutsche lined up for 7 days of Sound digital event

In collaboration with BAFTA-winning sound artist Nick Ryan, the installation is showcased approximately every hour at 'DODGE', the wider project from Meredith at Somerset House.

The installation can be experienced until August 22, a project provoked by the composer during the lockdown when questioning ideas for a "pandemic-friendly" project.

“I approached writing these 18 tracks like little exercises, making identities that are bold, playful and characterful but without beats, percussion or any acoustic elements and relying on my skill to create melodic and harmonic based energy,” said Meredith.

Read this next: No music over 120 BPM allowed in gyms in South Korea

She continues: "They’re also less about musical development than my orchestral work or material in my studio albums, these tracks are only themselves and unapologetically so, and that freed me up to unleash some pretty bonkers ideas.”

Today, Meredith released an album under the same project name - a 20-track record showcasing the installation at work. To go alongside it, the composer has also released a virtual game that can be played via the project’s microsite.

Book your experience at 'DODGE' here, and listen to ‘Bumps Per Minute: 18 Studies for Dodgems’ below.