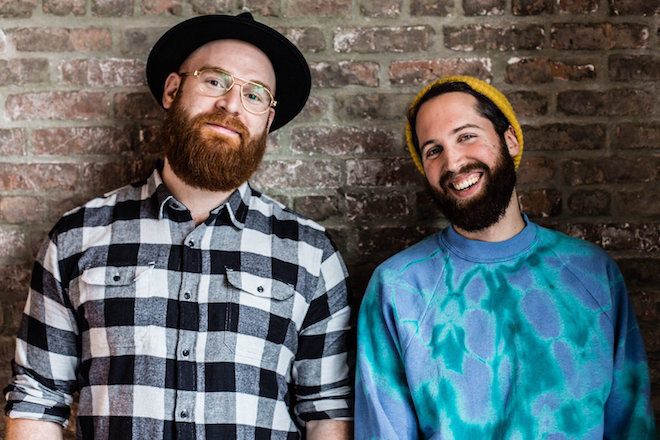 Last month Simon of the German duo Andhim broke his leg while filming a music video for their new track. Today they share the hilarious video, along with a free download of ‘Super’ as a gift to their fans.

Anyone who has broken a bone will know, it’s a surprising occurrence. For Simon, who snowboards and skateboards regularly, it was a shock that he broke his leg while roller skating at an extremely slow speed on a flat street.

In that moment when he knew he broke something, Simon was only concerned about one thing: “The first thing I asked myself whilst lying on the street in pain was if they had the accident on film? Unfortunately they only got my screaming. I'm a very positive person and I can't do anything about the situation now but make the best out of it… This is why I dated the nurse who took care of me whilst I was in hospital.”

As Simon has been healing at home, his other half, Tobias, has continued to supply fans with quality performances as Justhim. For the past 6 years neither of them has had a solo gig, so being alone on the road took some getting used to. “It was a bit of a challenge for Tobias to drink the whole rider on his own and handle all the girls,” says Simon, “but he is doing pretty good. A bit too good for what it's worth.”

Currently there is no timetable for Simon’s return, but Tobias will finish off the month of August at Creamfields with hopes of Andhim being united again in September.