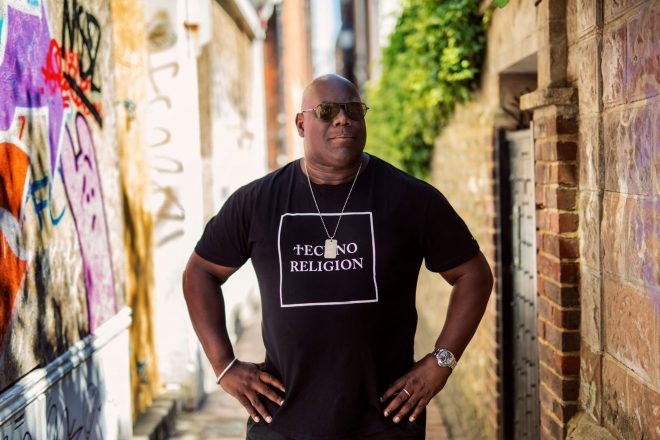 Oh yes, oh yes! The king Carl Cox has an official book on the way.

Titled, of course, Oh Yes, Oh Yes, Coxy's biography will be available this August and is available to pre-order now.

The techno tome will be released via specialist music publisher White Rabbit, which was founded in 2019 and is part of Orion.

Speaking on the book, Carl Cox said: "I was looking for a publishing partner who would understand how important it is for me to share my story and insights to a global audience but who could also understand and respect how I connect with people on an individual level. White Rabbit gets it. They not only have the clout and backing of a big player, but the personal touch that I need in order to fully share my life on and off the dancefloor."

Read this next: Carl Cox "The police used to tap my phone"

The official blurb continues to hype the hardback, saying "this is the true insider story of the man known as 'the three deck wizard' and the King of Ibiza, a DJ who continues to innovate and thrill music-lovers on the world's biggest stages."

This will be a no-brainer for dance music fans come the summer.

The book was originally due to be released last year, but now has a due date of August 19.

White Rabbit has already published books by XL boss Richard Russell and Chris Frantz of Talking Heads and Tom Tom Club as well as a history of Heavenly Recordings, with Annie Nightingale's biography forthcoming on the imprint.

We can't wait to read the anecdotes that Coxy's got in store; here's 11 DJs on why he's so important to dance music.