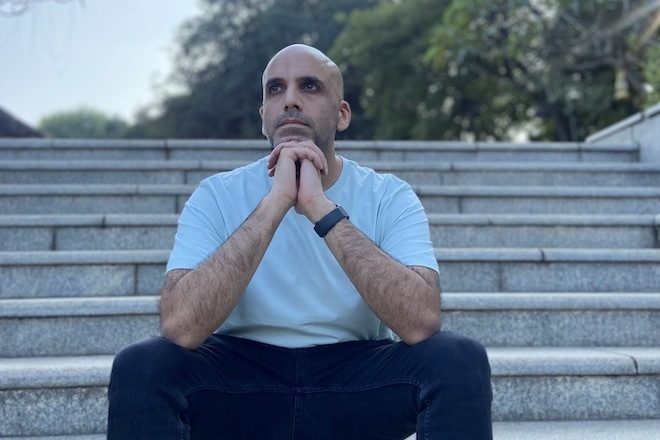 Due for release on March 4, it’s his follow up to 2019 debut LP ‘Vistār’, and you can listen to one of the tracks now.

‘Patanjali’ has been dubbed a mix of dreamy escapism combined with the urge to be back on a dance-floor once more - a feeling over the previous years that many relate to.

“I wrote this album when we were in the harshest moment of the Berlin lockdown,” Amotik explains. “I was able to take some time out from the world around me and channel my energy on writing after a long studio break."

‘Patanjali’ consists of 10 tracks which incorporate elements of ambient, breakbeat and textured soundscapes amongst the producer’s firm techno roots.

The album is inspired by Amotik’s late grandfather. Although not particularly spiritual, he believes the influence of his grandfather subconsciously reverberates throughout him.

Read this next: Why it’s important to keep testing yourself before clubbing this winter

Whilst on the one hand straightforward techno, Amotik’s music incorporates hypnotic and meditative sounds, perhaps a nod to this deeply embedded influence in his upbringing.

Since moving to Berlin several years ago, Amotik has built his base in Berlin beginning with EP releases on his self-titled imprint in 2015.

He’s since released on labels such as BPitch Control, 47 and Figure and played at venues such as fabric and Berghain.

Click here to preorder ‘Patanjali’, and stream one of the tracks on Bandcamp here.