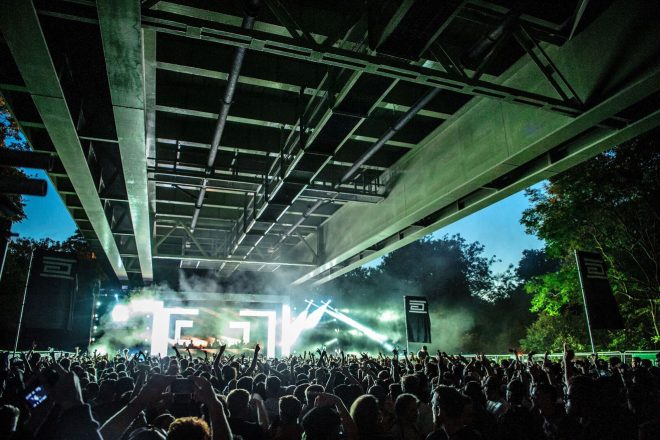 Junction 2 has just announced three heavyweight back-to-back sessions for its third edition which will take place at London’s Boston Manor Park on June 9.

Heading up the bill is Adam Beyer and Carl Cox, who will be spinning a world exclusive duel set, as well as playing separate solo slots. Dixon and Âme will also helm a six hour session together, and Sonja Moonear is joining forces with Nicolas Lutz.

Ahead of the festival, Adam Beyer said: "It's a dream come true. Playing back-to-back with one of my absolute heroes will be one of the highlights of my life personally as well as professionally".

Artists previously revealed to be playing the event include Nina Kraviz. Joy Orbison and Tale Of Us.

Two launch parties are set to take place on February 10. A day party London’s Tobacco Dock hosts the likes of Dense & Pika, Scuba and Apollonia, and a night session at Motion in Bristol features Nina Kraviz, Paule Temple and more.

Tickets are on sale now, head to Junction 2’s website to make the purchase.