After the release of ‘Terminal’, his debut album that’s geared towards home listening, ZULI was set to refocus on the dancefloor with follow-up EP on Lee Gamble’s UIQ. A completed record was ready for mastering in early 2019, then abruptly snatched away when a bag filled with his music collection and equipment was stolen while he slept on a train en route to a studio residency in France. At home in Cairo, his backed up hard drives stopped working.

It was a painful setback, “especially losing a year’s worth of sound design” ZULI says, which meant he had to set to work on rebuilding his library of sounds almost from scratch. “But,” he notes, “the silver lining is that these new sounds I made have inspired me to explore new sonic territories that I might have never considered before.”

More than two years later, that planned release arrives in the form of the six-track ‘All Caps’ EP. It’s a sonically thrilling record, with volatile textures hurtling through Amen breaks, collapsing bassweight, turbulent polyrhythms and field recordings conveying playfully barbed messages. Across the duration, it never stays stuck on one idea for long.

ZULI lived in London from the age of two months to 10 years old before relocating to Cairo where he has remained since. “Indirectly, I think the move between countries instilled an urge to rebel against my surroundings, and I think that is what has always driven me away from what’s popular and more towards music I would consider niche,” he says. From 2013 to 2015 he headed up the influential VENT club in Cairo alongside $$$TAG$$$.

Around that time ZULI first came in contact with Lee Gamble after someone ZULI was dating, who didn’t like his music, suggested showing it to someone who’ll appreciate it. A fruitful partnership has followed since, with Lee founding his experimental imprint UIQ and ‘All Caps’ marking ZULI’s fourth release on the label, following 2016’s ‘Bionic Ahmed’, 2017’s ‘Numbers’ and 2018’s ‘Terminal’. Releases on Haunter Records, Boomkat Editions and Noods Radio have come in between, and he’s also self-released projects like ‘The Habibi Loops’ and ‘Swag Lee is Dead [RIP]’, a collection of demos intended for a trap mixtape with Egyptian rappers which was canned when the project files were lost in the great train robbery.

We spoke to ZULI about making ‘All Caps’, his hopes for the post-pandemic dance scene, and desire to make rap beats for Freddie Gibbs. Check out the Q&A alongside his club-ready In Session mix below. 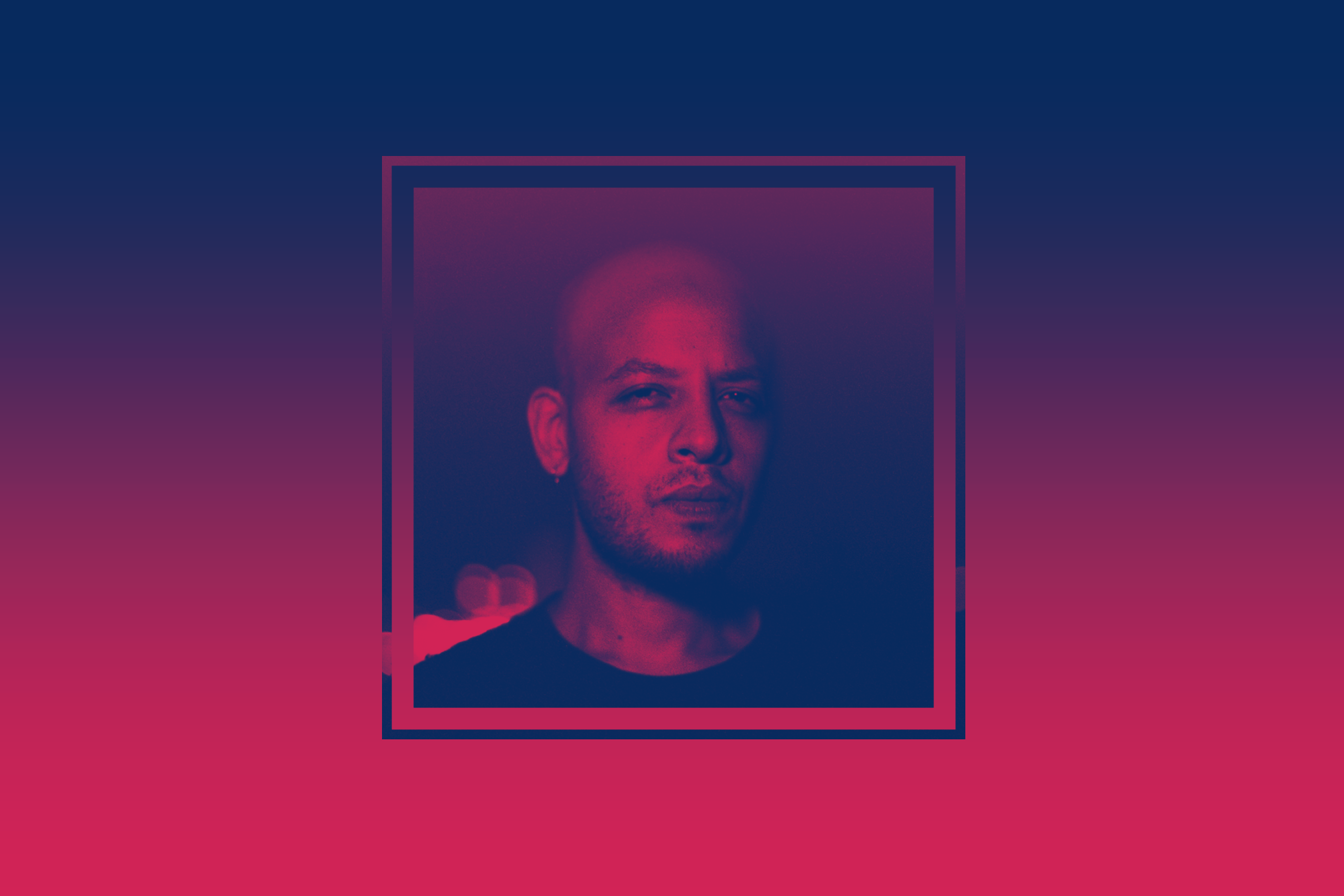 Could you tell us about some of the samples featured on the record and why you selected them? You’ve previously voiced your distaste at rich outsiders fetishising Arabic street music, which the voice samples in ‘Bro! (Love It)’ feel quite pointed towards.

That one sample on 'Bro!' is from a YouTube review of a popular Egy rap track. The reviewer is your typical diaspora kid who over-romanticizes anything and everything about their parents’ culture, which is a pet peeve of mine because sometimes the subject of their praise is a song I think is whack and lazy and gimmicky.

The other part on 'Bro!' is my recreating an incident in Berlin where I was DJing and switched from hard drum to electro, only to be grilled by someone in the audience because they had come for the North African music.

I’m being very silly on this record, with the track titles, to the lyrics in 'Where Do You Go' which are a sort of critique on the state of lyrics in Egyptian rap; a sort of parody.

None of it is to be taken too seriously though, I’m just having fun.

Do you think the experience of having your gear and a completed release stolen impacted the sound of ‘All Caps’ at all - the mindset you were in when making it?

No, the plan was always to make a dance record after 'Terminal' which is more intended for listening purposes.

Read this next: What happens when a DJ loses everything

In 2018 you said the melodic material explored in your longer form releases like ‘Terminal’ is more what you’re into making than club music - ‘All Caps’ is a dancefloor record. What inspired you to make a club-focused record during lockdown?

I’ve never really subscribed to the idea that dance music should be for the club; I’ve spent most of my life listening to it indoors, in a room; so following my initial plan to make a dance music follow-up to 'Terminal' wasn’t at all affected by me no longer touring and playing in clubs (because of COVID). I still love dance music, I just don’t make it as much as I do other stuff.

Pre-pandemic you’ve previously called isolation “necessary for me, but psychologically not good”. Are you missing clubs during this extended break from the dancefloor? How has the pandemic affected your creativity and tastes?

It’s honestly been great to take a break from travelling and being able to sleep in the same bed and wake up to a routine (I’m a routine type of guy); so isolation in this case has had undeniable physical and psychological benefits. I do miss the club though. I probably should say “did” miss the club; I just DJed with a bunch of friends here in Cairo last night (we don’t have lockdown) and it was amazing. 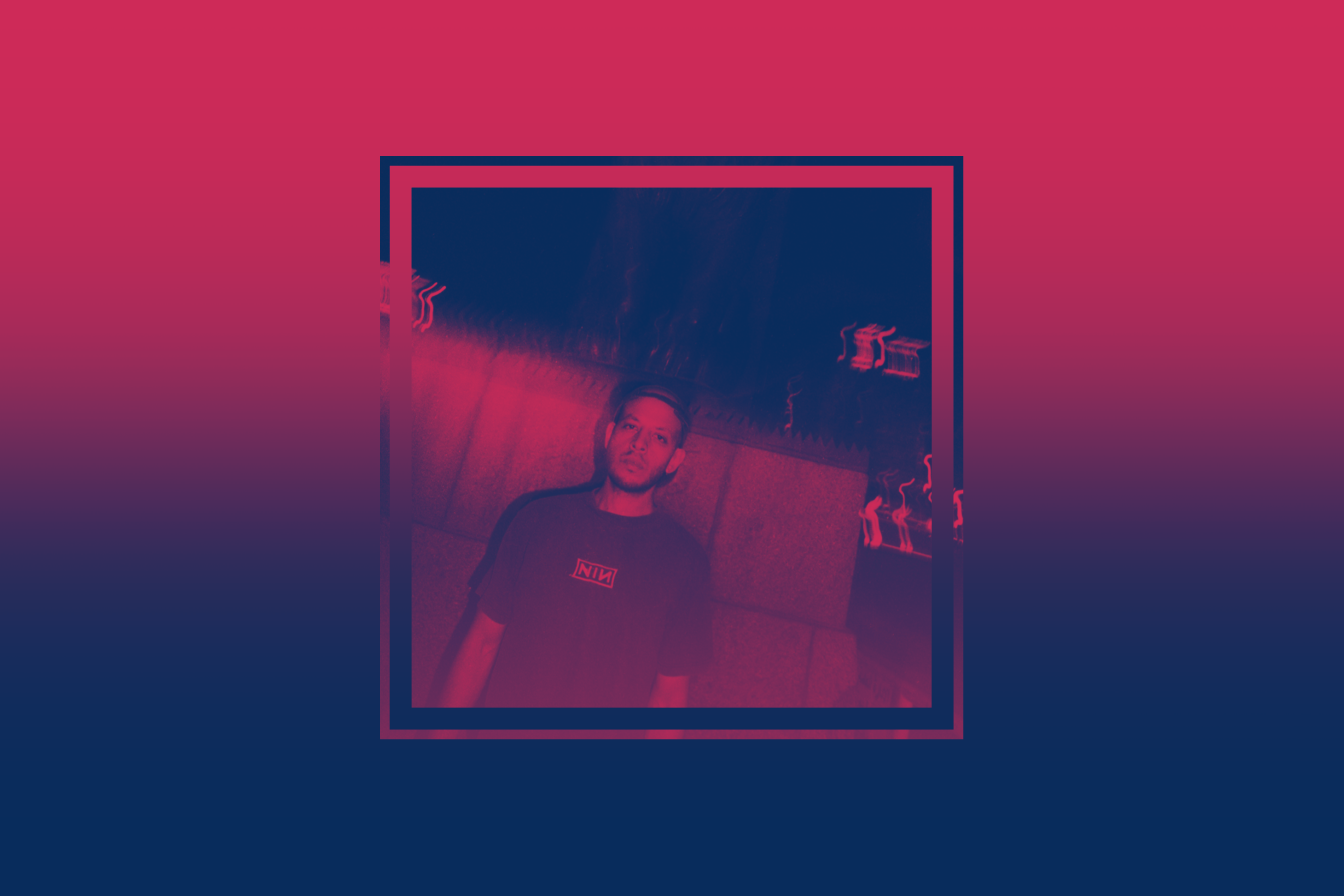 How has it been living in Cairo during the pandemic and how has it affected the local music scene and community?

There’s never really been much of a scene here for the type of music I operate within; there have been attempts over the years in which we were able to achieve tiny goals in terms of spreading the virus (please excuse the choice of analogy) but there just hasn’t been a big enough fanbase on which a scene can build on/for. We had to put our irsh sessions on hold since COVID of course, and the more proper club nights have been a lot more scarce.

If you’d have asked me the same question literally yesterday morning before the show, my answer would have been way more cynical, but last night I met no less than 10 young artists (under 25) who are into the music and all either DJ, produce or both. Whether a club in the vein of VENT would be possible, I’m still not sure; VENT never really should have existed anyway, it was definitely an anomaly and to say we were lucky is a gross understatement. The fact that we were able to run that type of venue in Cairo for two entire years was nothing short of a miracle; the circumstances were all wrong and everything was working against us. But things right now, and in terms of the future, are definitely looking more positive. I wouldn’t be surprised if we end up having a solid local fanbase within the next two years.

What changes would you like to see in the world of dance music coming out the other side of lockdown?

I would hope that we learn to value music more, rather than the current state of things where it seems to me like people are more interested in talking/reading about music than actually listening to it. The obsession with vinyl and how we’ve all seen and suffered from six month+ delays on our music being released because of the COVID-induced pressure on plants. The fact that a song online costs €1 just because it is a digital file, as if the medium is what dictates a song’s value. Musicians have been unable to make money from performing because of the pandemic; to then force us to go through a slow, expensive process like vinyl is something I think we need to think about.

Rap beats are a big influence for you and you’ve worked with influential MCs such as Abyusif. In a dream scenario, what rappers that you haven’t collabed with previously would you like to work with and why?

My answer to this question always used to be the late, great MF DOOM, so seeing as to how that wouldn’t be possible now, my list would look something like this:

My criteria (and the reason Gibbs sits on top of the list) is based on both my love of the craft (rhyme schemes, imagery, etc) and the weight I place on delivery (cadence, flow, etc). Gibbs’ pen might not be as strong as Royce’s, but I think he makes better songs.

Are you still set on “trying to be the Egyptian DJ Khaled”?

No, I have completely lost interest in Egyptian rap.

Can you tell us about your In Session mix?

I just recorded the mix this morning, using tracks from my record bag (read USB stick) that I didn’t end up playing last night; raw, one take and almost completely improvised. It’s a club mix; a set I would play right now if I were to play in a club.

ZULI's 'All Caps' EP is out now via UIQ, buy it from Bandcamp