It’s almost mid-April and downtown Casablanca is quieter than usual because a strict coronavirus lockdown is days away from being implemented by the Moroccan government. Producer Badreddine Haoutar who heads up tape-mixing project Retro Cassetta, is busy sifting through thousands of his cassettes to prepare a set for Radio Alhara, a new station formed to keep Arabs connected during quarantine.

“It’s a good initiative to get artists together from all over the world,” Badreddine, who is locally known as Snoopy, says from his home in Casablanca. Retro Cassetta specifically uses tapes dating as far back as the 1970s from Morocco, Tunisia and Algeria to create special mixes of undiscovered funk, disco and rock from these countries, and playing this on Radio Alhara is helping during lockdown. “Artists are living in difficult times and the coronavirus is really affecting us, so Radio Alhara is like our therapy. It’s given us the opportunity to meet other artists from across the Arab world and it’s good support for us.”

Started by five friends living between Ramallah, Bethlehem and Amman, Radio Alhara was launched on March 20 and has been connecting people across the Middle East and North Africa (MENA) during a time that’s hit global creative, cultural and music industries hard. Over a month later, its reach continues to grow every day, even beyond the region. The founders get messages from all over the world as more people are tuning in. Translating into “the neighbourhood radio” in Arabic, the station’s name is almost a metaphor for the sense of community felt across the globe since the coronavirus outbreak began. 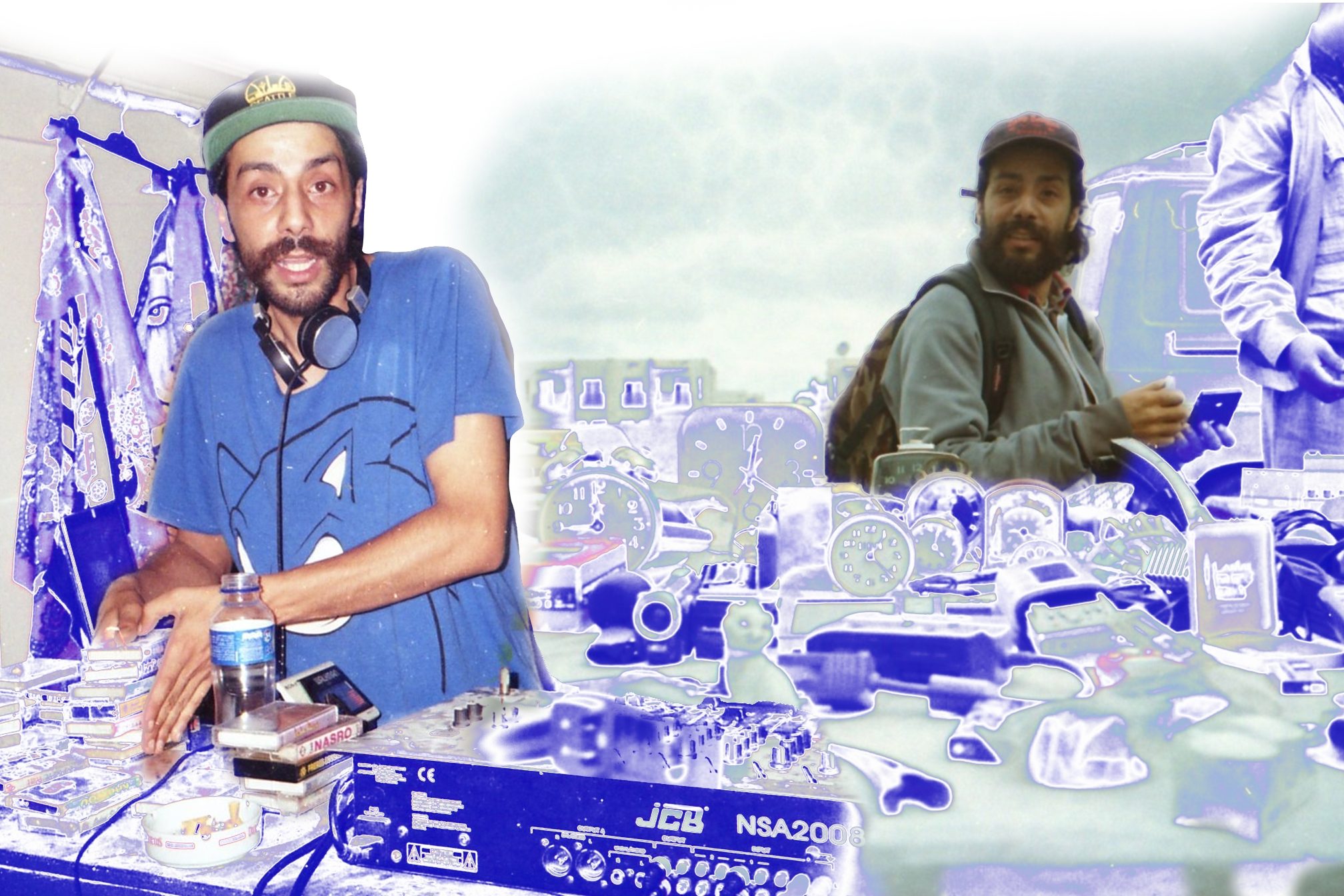 “Each one of us comes from a different background,” says Ramallah-based cofounder and visual artist Yazan Khalili. “We have different connections and this is helping to keep the radio diverse in programmes with lots of approaches and ideas that are coming from us and from the community. We try to curate each programme in a way that makes us more diverse.”

Along with brothers Elias and Yousef Anastas in Bethlehem, Saeed Abu-Jaber and his partner Mothanna Hussein from Amman design studio Turbo, the collective broadcasts every day till the early hours of the morning. They got in contact with the Yamakan platform, which already features a number of stations in Tunis, Berlin, Beirut and Syria. Overnight, Radio Alhara became part of the family.

So far, Radio Alhara has hosted household names from the Middle East including Lebanese trip hop and indie singer Yasmine Hamdan, Beirut Groove Collective’s Jackson Allers, Natalie Shooter and Ernesto Chahoud, along with Palestine’s instrumental hip hop artist Muqata’a. But the foundation of the radio’s programmes are based on sound, not just music. Programmes have been formed into cultural spaces and depending on what time of the day it is, you’ll hear anything from chefs discussing how to make different Palestinian breads, or even a programme dedicated to Arab cabarets of the 1930s in Paris by Tunisan researcher Hajer Ben BouBaker. 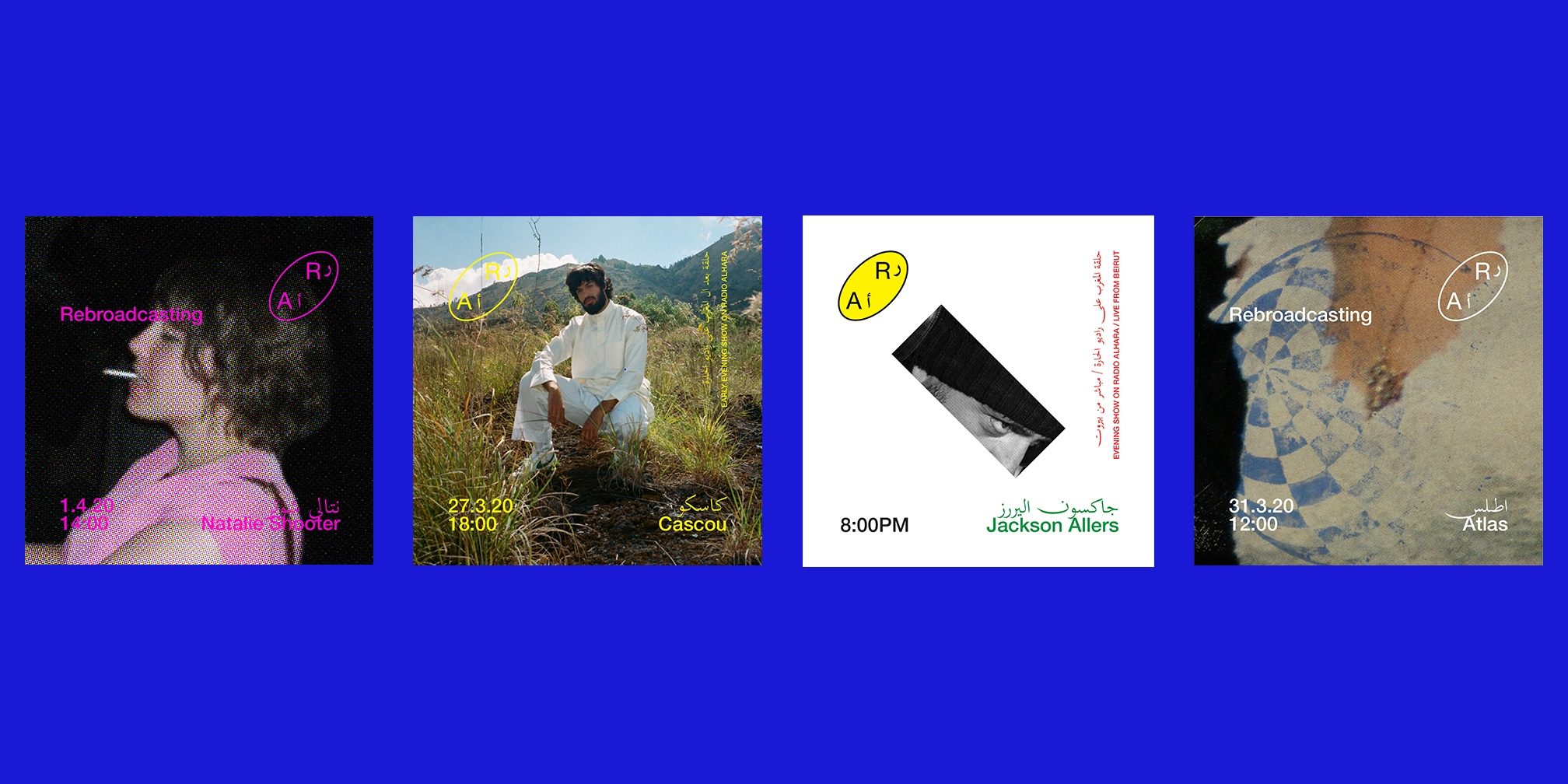 While the world has been plunged into some sort of stay-at-home dystopia for those of us who aren’t frontline workers, social media has become a means to cope. Between home workout Instagram stories and endless bread baking TikTok videos, passing time during quarantine has proven to be challenging. Musicians, DJs and artists, however, have turned to online radio and live streams to fill the void of being unable to perform at venues. While there are similar initiatives in the region, somehow Radio Alhara’s reach is further, and even beyond reach, the founders of Radio Alhara understand the difficulties of being under lockdown all too well, given that three of them live in the occupied West Bank.

Yazan spent the past 20 years living in Ramallah and the lockdown is something he’s used to. Living through the second intifada and endless curfews imposed by the Israeli occupation means that Palestinians are already used to spending a lot of time indoors.

Elias works as an architect in Bethlehem - a city that’s been under siege for months at a time. “Locking down Bethlehem was relatively easy during coronavirus because we’re all accustomed to these kinds of situations where lockdowns are normal. We’ve had massive curfews, we’ve had the incursion of the Church of Nativity,” he says referring to 2002 when the Israeli Defense Force raided the church, leading to a longer lockdown. “The city was totally locked down for a period of six months so it’s a kind of repetition of history, but in a different setting.”

But because lockdowns are happening globally, everybody knows the world won’t be the same and there’s a sense of solidarity there, which is why the group wants to give both listeners and emerging artists the chance to join forces and get involved. “For sure spaces where huge crowds used to gather will not be accessible for some time at least like clubs, spaces for museums and cultural places,” Yazan adds. “At these venues where more than 50 people would gather, there will be restrictions so the radio creates a new kind of cultural space that in the absence of the physical space, we can fill it up and create this space where knowledge and engagement can continue to unite and grow.” 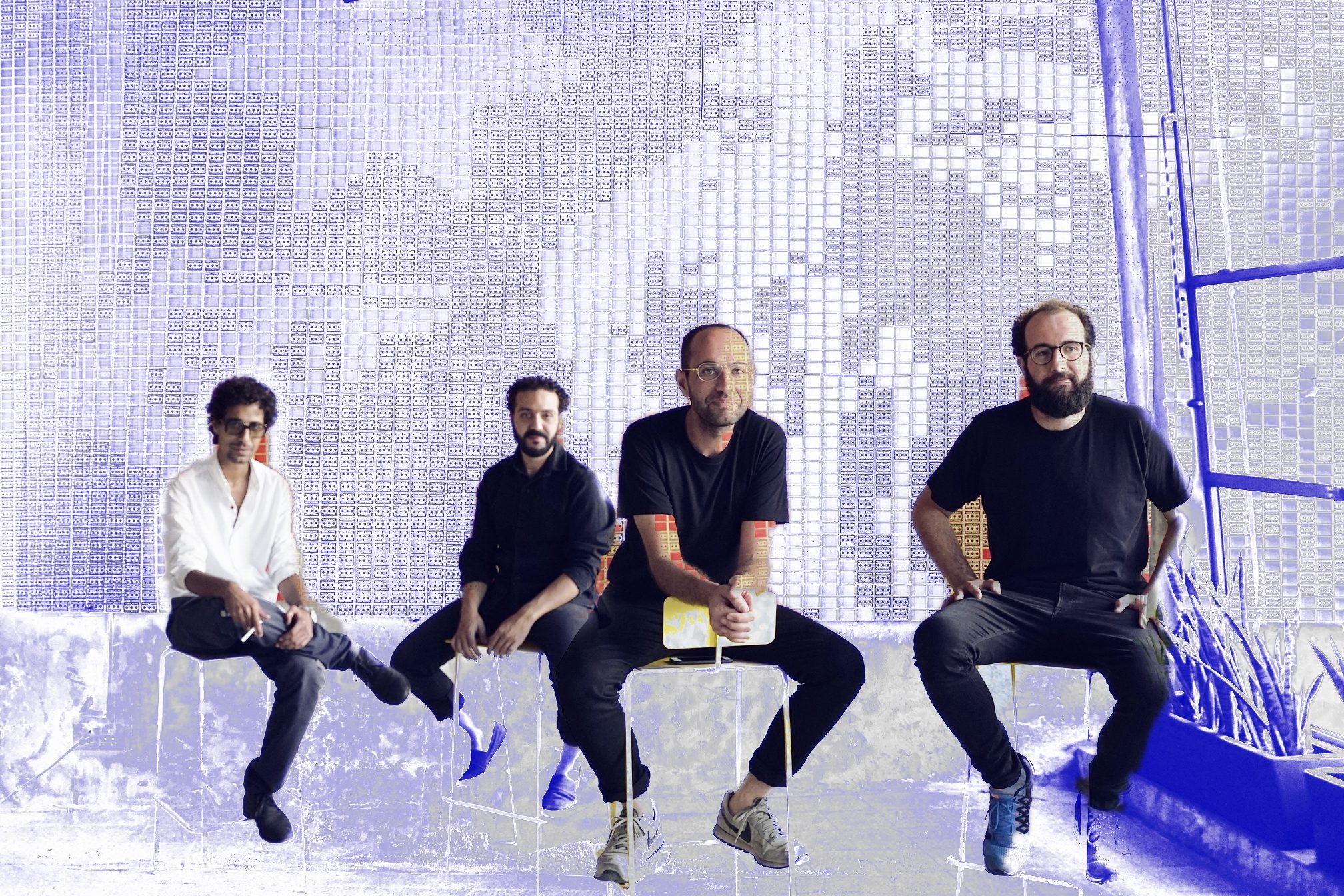 Over in Haifa, Rojeh Khleif started running a weekly Thursday night slot under AS AA S - a umbrella programme designed for Radio Alhara where he curates shows that have featured talent from across MENA including 3xOJ, El Rass, Malika, Marwa Belhaj Youssef and Mettani. Each set brings its own uniqueness and listeners will hear music ranging from techno, industrial, bass, hip hop, experimental and ritual. He says Radio Alhara has brought his creative energy back to life.

Read this next: Steam Down is at the forefront of the UK's new jazz age

“I feel like I’m using the lockdown in a positive way. When I did my first set on Radio Alhara, I felt alive again,” Rojeh says. “I saw everyone online, everyone interacting and my life came back to a different kind of a normal. Rado Alhara is a platform that’s made the community meet in one place again and listen to good music at the same time from all over the world. Listeners feel connected and up-to-date with what’s happening. It’s exciting.”

Rojeh is the director of the Haifa Independent Film Festival and is also part of Palestinian electronic collective Jazar Crew. Over the years, he’s combined influences from Palestine and the wider Arab world to experiment with sound. It’s politically and socially charged and that’s the vibe he’s aiming for through AS AA S. 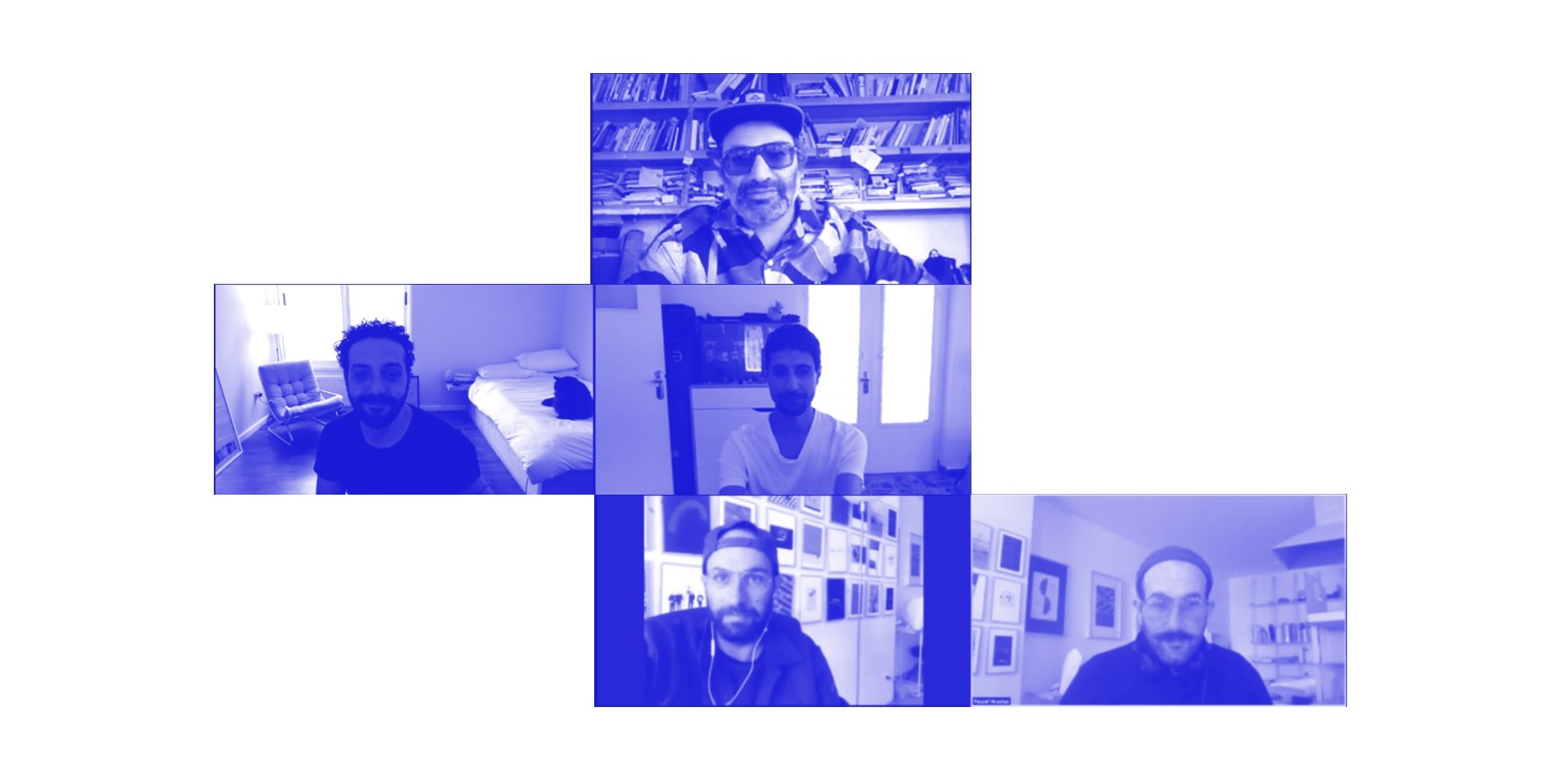 “I’ve played different sets under different names and acts. I play techno, electronic, drum ‘n’ bass and hip hop from the Arab world,” he adds. “So when starting AS AA S, it was important for me to invite my influences like El Rass, Jowan Safadi, Mediteranos and Sawt to play.”

From the Jordanian side of Radio Alhara’s collective, things are busy under self-isolation. But that’s the beauty of it all. Cofounder Saeed does a regular slot under his alias Slippery Johnson and his eclectic sounds span across rock, folk, jazz, funk, afrobeat and disco.

Read this next: Ayaata Corner is the epicentre of Ghana's fight for LGBTQ+ rights

What’s inspiring him right now? “I’m mostly still lost between 1965 and 1985,” Saeed says. “It’s the aesthetic of sound although there are some beautiful albums coming out now, there’s a general texture to the sound.”

With the success of the station, it’s easy to let it slip your mind that on a serious note, we are living in scary and unpredictable times while health workers in every country are at the forefront of the battle to combat COVID-19. There’s a point where I ask the Radio Alhara collective what moment has stood out for them the most. There’s a pause, before Saeed responds. “We got this email the other day from a guy we don’t know in Greece and he works as a nurse,” he explains. “He was telling us that he’s been listening to Radio Alhara every day while he’s working and that’s fantastic.” It just shows how far they’re reaching.