But before Zhu was Zhu, a producer/singer/keyboardist with a penchant for crafting tight, dark dance tunes with a pop edge, he was Steve Zhu, a California kid born and raised in the cool and crisp San Francisco, California air. Even then he was into music, first playing the piano and trombone, and then discovering hip hop. But it was when he started college, studying music at the University of Southern California, that he really discovered electronic music and its potential – and the desire to make his own really took hold.

It was a desire that his parents didn’t exactly agree with at first. “In Asian culture, music isn’t a ‘go ahead and do it’ kind of thing,” he says, in a slightly slow, very neutral manner. “You have to fight for it.” One would assume that they’ve since come around.

Zhu was discovering electronic music at the beginnings of the recent EDM boom so his early influences read like a 2011 festival banner, with Deadmau5 and Justice at the top of the list. But the sound that initially inspired him quickly wore out its welcome. “Everything sounded the same. People got complacent. I think all artists struggle with that because you’re making stuff that you know has worked...you almost have to challenge yourself to do something new. David Bowie made like eleven records in the span of like seven years, and reinvented himself just as many times. The worst thing ever is to feel stale and bored.”

That need for reinvention is part of the reason Zhu has decided to talk to the media more often. His decision to establish a near-complete media blackout during the skyrocketing success of ‘Faded’ wasn’t one made out of shyness or shock at the song’s rapid success. Instead, he says, it was a calculated choice that reflected the sound of the record. For his debut full-length ‘Generationwhy,’ he’s more willing to open up.

“As the music changes the persona of what Zhu is will change with it,” he says, referring to himself in the third person, as if Zhu is a band. “The music on the first two records was very anonymous and sounded very mysterious. And I wanted to give people the chance to experience the curiosity they don’t experience any more,” referencing the sharing economy of the social media age, which is something that doesn’t interest him all that much. “When you get caught up in that you end up looking more at statistics... but at the end of the day if you take all that stuff away – and look at who wants to purchase your music and go to your show and what’s your cultural significance – I think those scales don’t correlate. You could have millions of Instagram followers, but if you’re gonna do something how many people are gonna show up?” he asks, peering over the towering barrels of sake that flank the path to the shrine.

According to Zhu, musicians and producers today should spend less time focusing on how many people like their tweets and more time caring about what they look like. To him, too many are dropping the ball when it comes to fashion, because dressing the part and looking good on stage isn’t just about vanity, it’s connected to the music. “It’s a cool expression that the music is tied to. You’ve gotta look at what you believe your music personifies. I think if you’re coming out like that [ie in a T-shirt and baseball cap] then you’re saying this is a party scene.”

He also admits that his race (Zhu is Chinese-American) had a part to play in the decision to keep his identity secret at first. “Look, America is a black or white country in terms of entertainment and music. To be realistic, probably there would’ve been – maybe there still are – concerns... [that] people would not see an Asian-American as being in a position to do the stuff I’ve been able to accomplish.”

Stepping onto the grounds of the shrine itself, Zhu lets the music talk take a back seat. It’s the only time during his visit to the area that he seems to really take in what’s around him. The Meiji shrine is comprised of a two large open areas, both of which house several absolutely beautiful buildings showcasing traditional Japanese architecture. It’s a lot to take in, and Zhu lets the guide show him around and explain things, content not to ask many questions or see things up close and personal. It’s the only time he laughs during the entire visit, when we’re told that some people will come here to pray for just about anything – including a return to form for their favorite anime series. No photos, though. He seems more concerned about living in the moment than keeping mementos to look back on later (no stop at the gift shop, either). 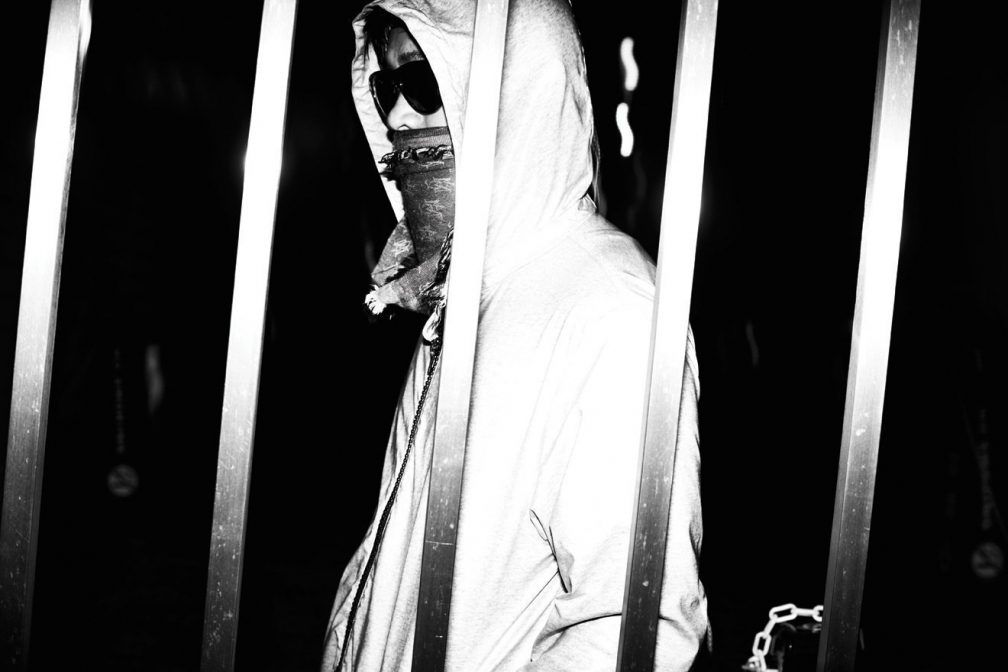