What is it like when Aphex Twin plays your music? - Features - Mixmag
Home Latest News Menu

It took a couple years after the release of his critically acclaimed album 'Syro', but in 2016 the saintly electronic music figure known to the world—and quite possibly aliens—as Aphex Twin, opened up and returned to the live stage. Richard D. James chose Houston’s Day for Night festival in 2016 to first unveil his new set, replete with otherworldly visuals ranging from satirical political animations to Ricardo Villalobos.

What’s been even more intriguing than where he’s playing and what he's playing on, which has ranged from Barcelona’s Primavera Sound to a triumphant return at Berlin’s Funkhaus, and has reportedly included drum machines and a mysterious modular synthesizer, has been what Aphex has been rinsing in his sets.

Sure, he’s been deploying some of his own tunes from his various aliases and other unidentifiable rave madness at recent gigs, but what’s even more interesting is that James has been focusing much of his recent performances around tracks from smaller, emerging artists who are making some of the most mind-bending breakbeat, jungle, house and electro around. In a recent cover story with Crack, Aphex touched on the subject, saying “there's nobody big playing all this amazing music coming out. There's so much of it! And [it gives] great artists exposure as well.”

After taking a look at his recent set lists, or at least what fans and other publications have been able to ID, we’ve been assured that James not only hasn’t lost his touch as a performer, but as a digger with a curious ear that digs deep into the genres he helped popularize and the artists who have been influenced by such sounds and scenes.

This includes the like of TSVI’s 'Whirl', a half-tempo stomper with alien synths and spooky vocal snippets. Then there’s, ETCH, AQDMX (a.k.a Aquarian and Deapmash), Egyptian club producer and NTS host ZULI and DJ Seinfeld, whose rave-ready breakbeat track 'Sakura' and its churning synths has been making its way into Aphex’s sets.

Recently there has been a lot of chatter about Aphex Twin's re-emergence as a performer and the question has been raised, should producers be compensated (especially if the fee is so high) when a major artist plays their music during a DJ set? We'll leave that up for debate.

Without taking the above argument into account, we caught up with a handful of these talented artists and breakout starts to hear just what it means to them to have Aphex Twin dropping their music in some of the most anticipated sets in recent rave history. 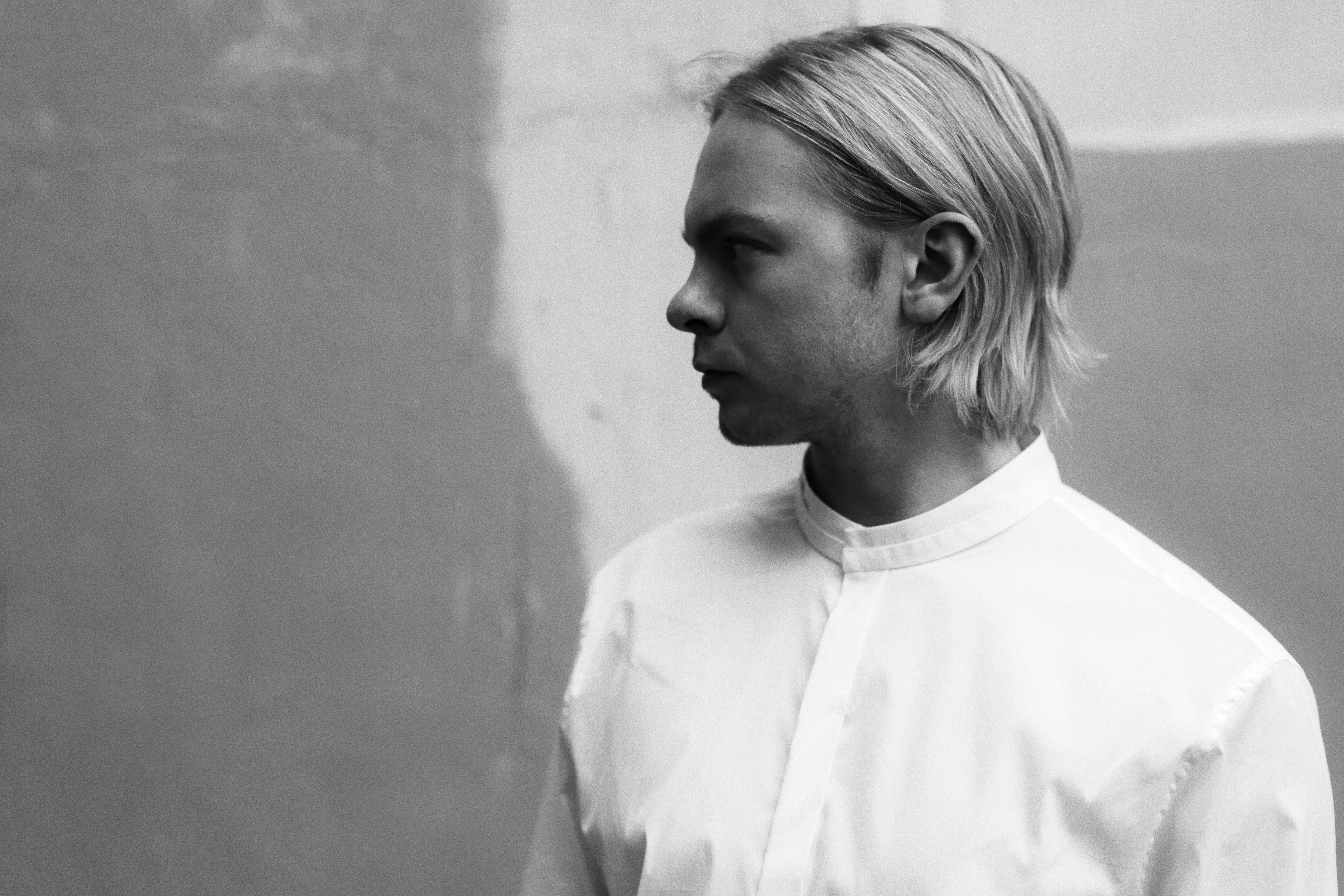 When did you first hear about Aphex Twin playing one of your tracks? Where did he play it?

I heard about it on the Monday after his show in Bilbao. I had two or three people messaging me about it because apparently the tracklist had been posted on some Reddit threads.

It was surreal, I didn’t believe it at first and I thought someone had probably just written down the wrong track ID. But then i saw some youtube videos and it started kicking in. It definitely was a personal highlight in my life, and I realized I don’t have a cool bone in my body - I was ecstatic and tripping out for the whole week, i couldn’t hide my smile!

'Sakura' was this electro track I released on Deep Sea Frequency, I was quite happy with it when it came out but I didn’t really spend too much time thinking about it after. It’s a rather dramatic little tune, but one that I feel quite proud of still today.

There’s a reason for why there’s this almost cult-like obsession around him, his music and his performances. I get the feeling that a lot of people (myself included) look to him and his work as a leading light for electronic music, where you really can’t know what to expect, but you know it will be something you won’t hear anyone else create, ever. The number of times I’ve listen to albums like 'Syro' and 'Selected Ambient Works' are too many to try and recount. It has been and continues to be an immense source of inspiration and comfort for me. 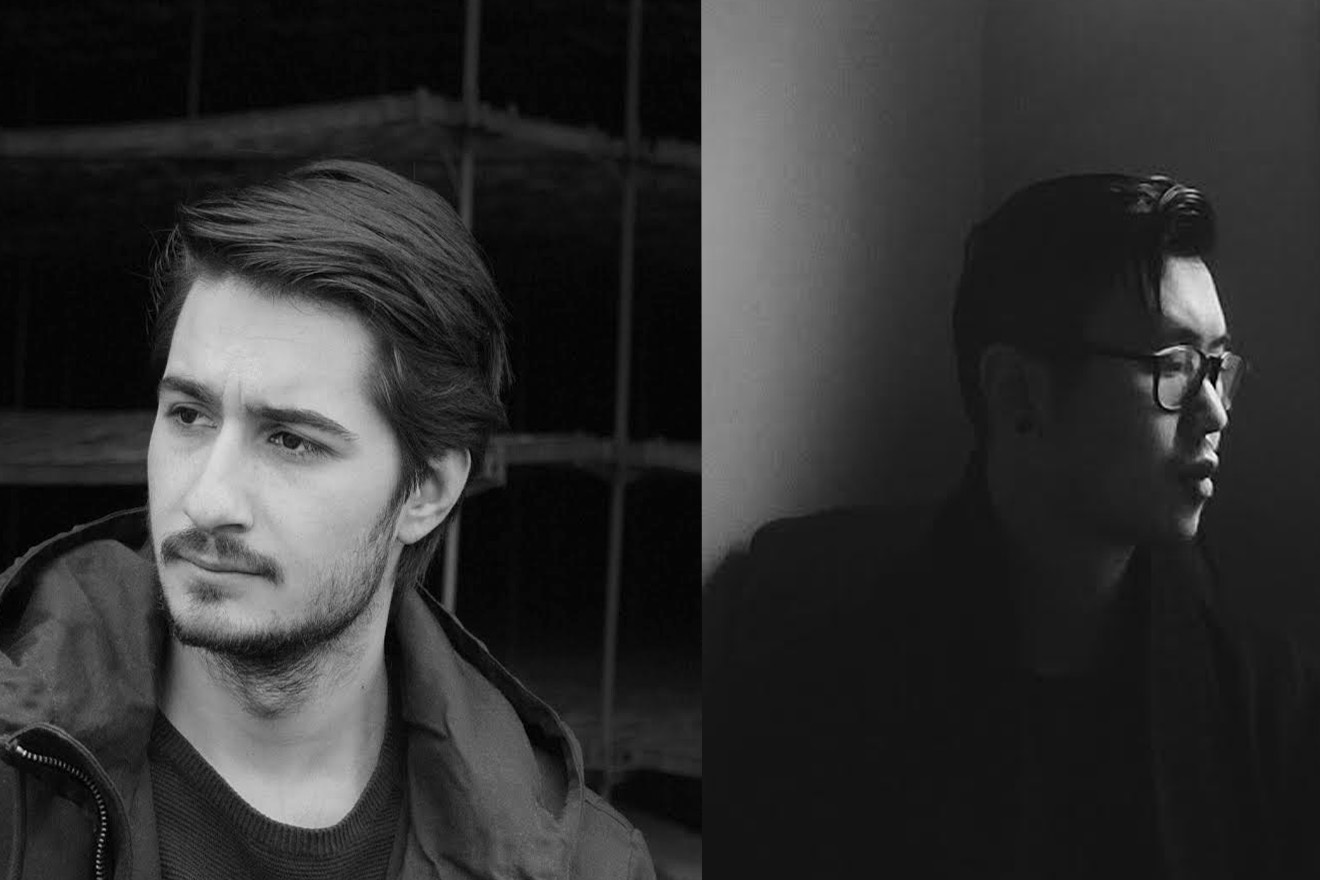 When did you first hear about Aphex Twin playing one of your tracks? Where did it get played?

Our good friend Dean Grenier, who is an amazing producer and has mixed down a couple of our tunes, sent us the tracklist from BIME festival from a Reddit thread to our group chat.

DM: I instantly started to feel extremely grateful and excited about making more music in the future. Getting support from such a genius and talented guy is what any newcomer could be asking for. I feel very proud and blessed.

AQ: The feeling was that of alternating between extreme euphoria and disbelief, I think I actually laughed out loud when I saw it. It wasn't until after I'd painstakingly crawled through a bunch of Instagram videos and found a clip of 'Ballad 002' that I'd fully accepted it - I thought for a second that maybe someone had ID'd our track by mistake. I've been feeling super encouraged, inspired and grateful for his support.

'Ballad 002' was the second tune we ever wrote together, the first was 'Aegis' and is probably one of the heaviest things either of us has written!

DM : To me, his music means emotions... He has explored so many different types of music in the same extra-skilled way over the past decades, you can literally listen to any of his tracks and find a feeling that is associated with it simply because it's based on a certain type of emotion he expressed through his whole discography. It's amazing.

AQ: His music is a huge inspiration to me and I don't know if I can explain it all in a short answer. It accesses so many things that I love in so many different ways. He's just got a knack for merging sublime atmospheres and hooky melodies, menacing, extraterrestrial sound design and hyper-frenetic, disorientingly complex rhythms. I was originally drawn to the more aggressive and darker bits in his discography but like many people, it's the more introspective moments that have stuck with me on a day to day basis. 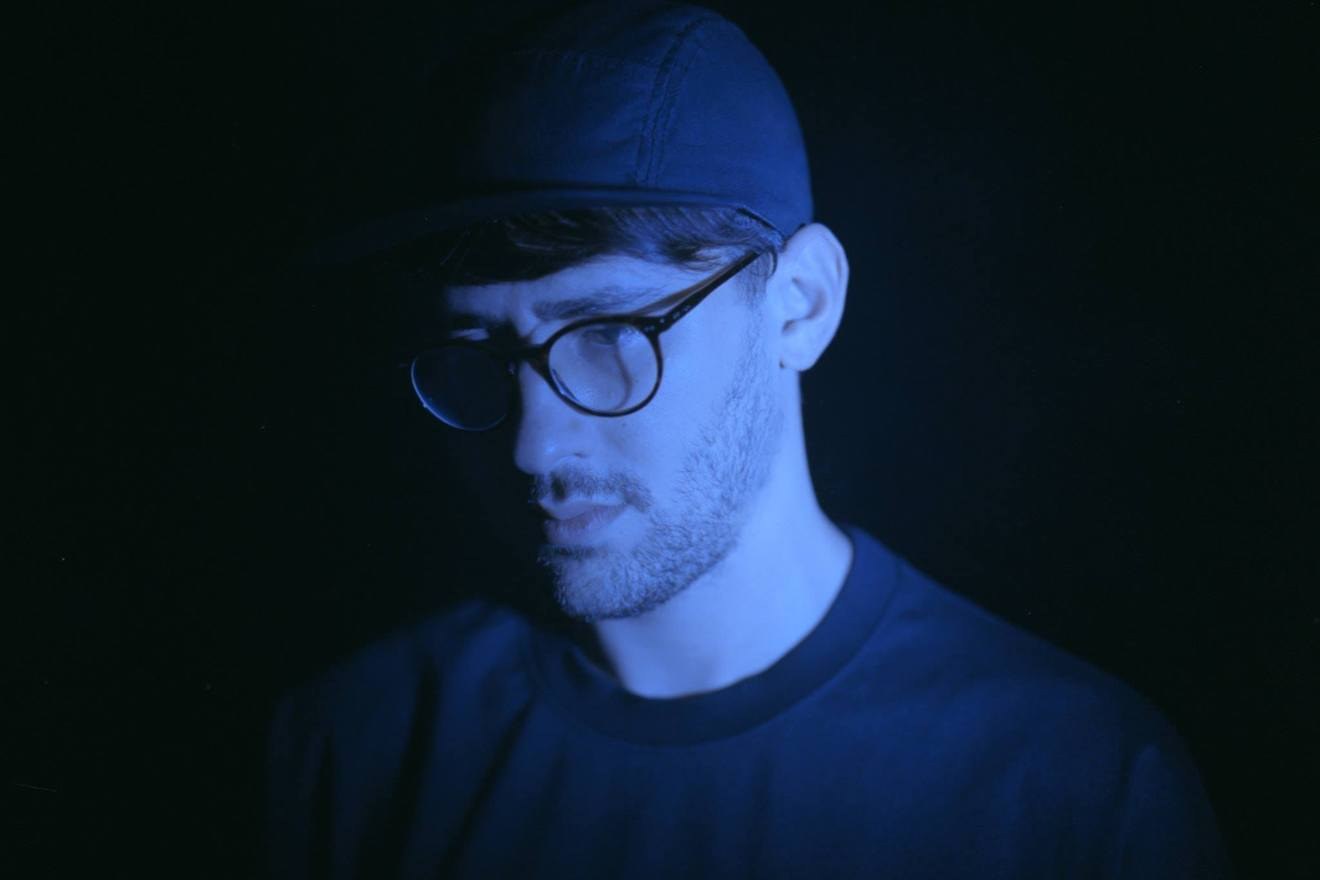 When did you first hear about Aphex Twin playing one of your tracks? Where did he play it?

Around nine in the morning, was on the bus on the way to work.

Was quite shocked as I didn’t really expect him to play these kind of tracks.

The track is called ‘Whirl’, it’s the first single off my upcoming debut album ‘Inner Worlds’ which will be out on the November 9 on Nervous Horizon. It’s a slow hypnotic moombahton / dancehall banger, inspired by the whirling sufi dervishes.

I’m gonna be really honest here, I used to only know his most famous hits. After having watched a RBMA lecture with Steve Beckett about two years ago I got fully into him, started to dig in his discography and discovered so many amazing tracks. 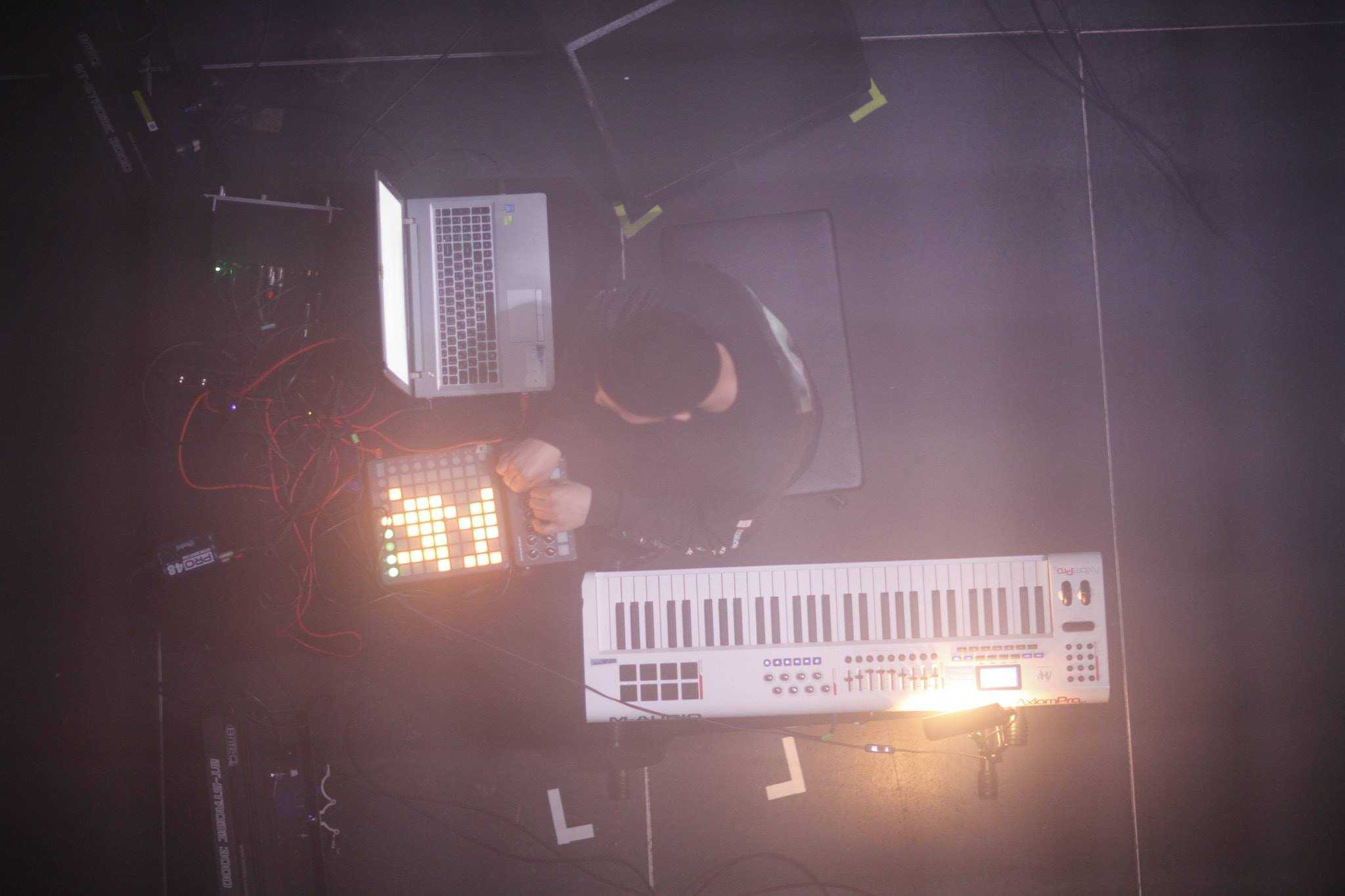 When did you first hear about Aphex Twin playing one of your tracks? Where did it get played?

Last year (2017) he played my track 'CommProto' at the Helsinki Flow Festival.

According to the internet he's been playing a few of my tunes; besides 'CommProto he's also played 'Robotic Handshakes in 4D', 'Robotic Jabs in 4D' and then last week at Funkhaus he played 'Trigger Finger', 'What You Do' and 'She's Hearing Voices', so I guess I'm lucky enough for him to have played at least one off each EP I've put out so far.

'Drukqs' came out when I was 17, and my friends Asem and Nader and I would just obsess over it. It's from 'Drukqs' that I worked my way backwards into his discography which had a significant impact on my own music. 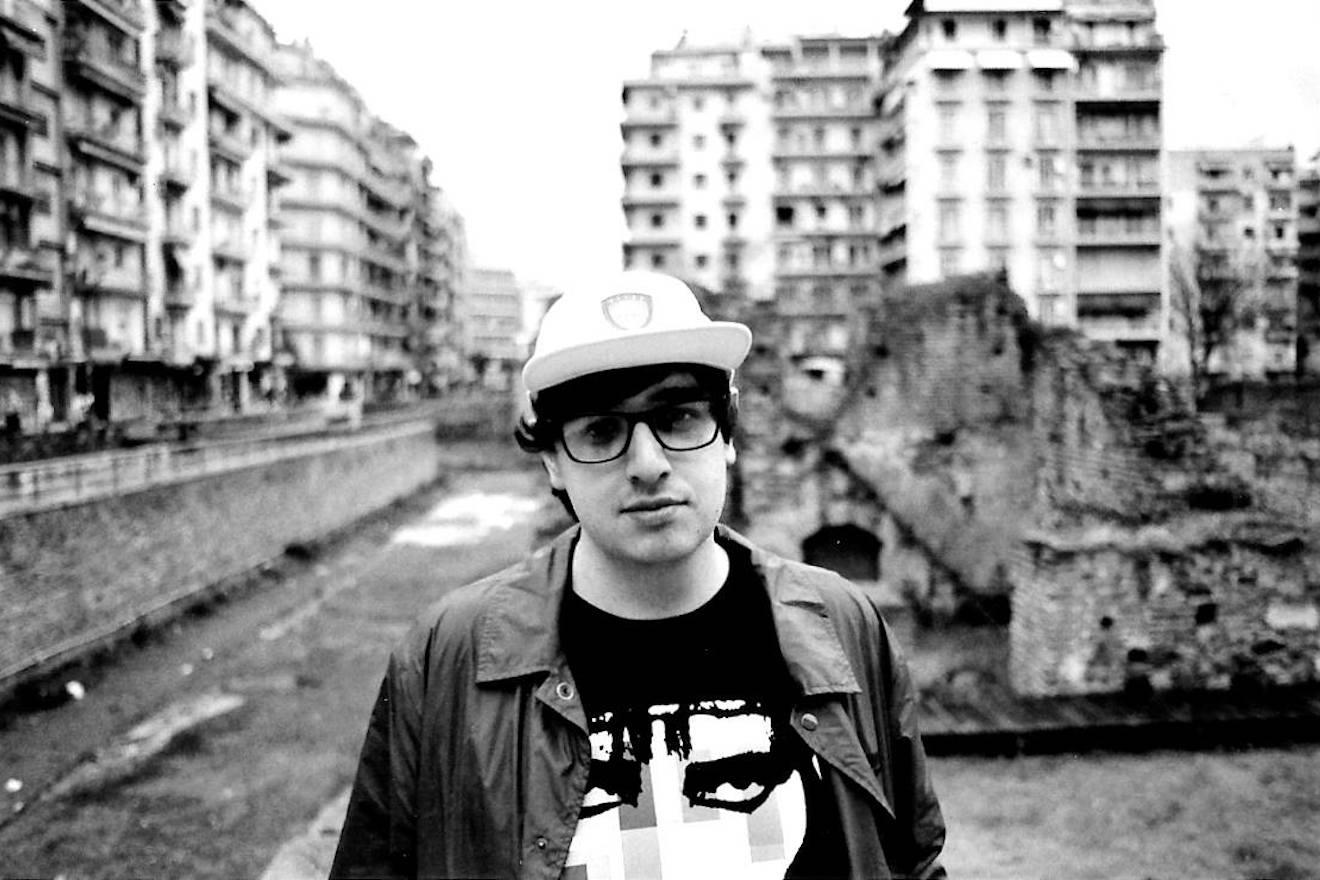 When did you first hear about Aphex Twin playing one of your tracks?

I first was informed on the actual night of his show on November 1, which I wish I was at, what a lineup - my pal Darwin was there, great DJ by the way, check her out - and she let me know and I was kind of like,“yeah, no he probably just played a tune with the same sample in”, and went to bed.

Where did it happen?

Funkhaus in Berlin where he played with some of my heroes Paradox and Luke Vibert.

Initially disbelief – then I heard the audio and I was like, “fuck…” – I try not to get too gassed on things like this, I usually just post a little status like "wow so and so played my tune", and that’s that, but when people started messaging me and I was getting 200 likes I was like, “ok maybe I should be more hyped?” – the internet is a weird place

This is the thing I was mainly in disbelief about. He played 'Groove Control' which is a track off my debut album on Sneaker Social Club – In my opinion it’s one of the weaker tracks of the LP. I made it initially in late 2014 in a batch of tracks I made exclusively to play at my first ever set in America, New York's Reconstrvct. I just bashed it out in like 40 minutes in the back of my nans car on the way somewhere, it’s really not one of my most complex or imaginative tracks.

It means a lot. I mean I think with my generation, I’m 26, you got into electronic music via Warp, Planet Mu, Ninja Tune, when you’re an angsty outcast teen in a very sheeple school listening to metal and gritty hip hop and you hear tracks like Aphex Twins it’s like life has re-arranged itself to soundtrack your personal feeling of weirdness. I don'y know, I’m probably waffling. But I actually heard Aphex Twin a long time before getting into him when I was about 12 or 13. When I was 5 I distinctly remember being at my uncle’s house and he was playing the VHS of the 'Come To Daddy' video to my mum and it terrified me, when the thing comes out the TV and shouts. I remember going back to my moms flat and just looking in all the corners and under the bed for a loose lil Aphex Twin on the lurk.