The window to the right of Opium Club’s dancefloor has become a makeshift balcony. A trio – two guys and a girl in a flowing skirt – are stomping their feet on the narrow ledge as though they think every last person in the building needs their unbridled energy to survive. They needn’t worry, though: nobody looks ready to leave.

Grey Sunday morning half-light pierces the glass from outside, casting the trio of friends in silhouette and revealing that the intimate room is now half-full; but each head remaining is the kind of passionate insomniac anyone would be proud to consider a comrade. Even just for this one fleeting moment of hedonism.

We’re not sure how long those guys have been flailing around up there, as time lost all relevance a while ago, when Mixmag first met Vilnius. Lithuania’s capital has quietly garnered a reputation for liberal nightlife, and not just because we’re still going at noon. An air of acceptance seems to hit you at the city limits. 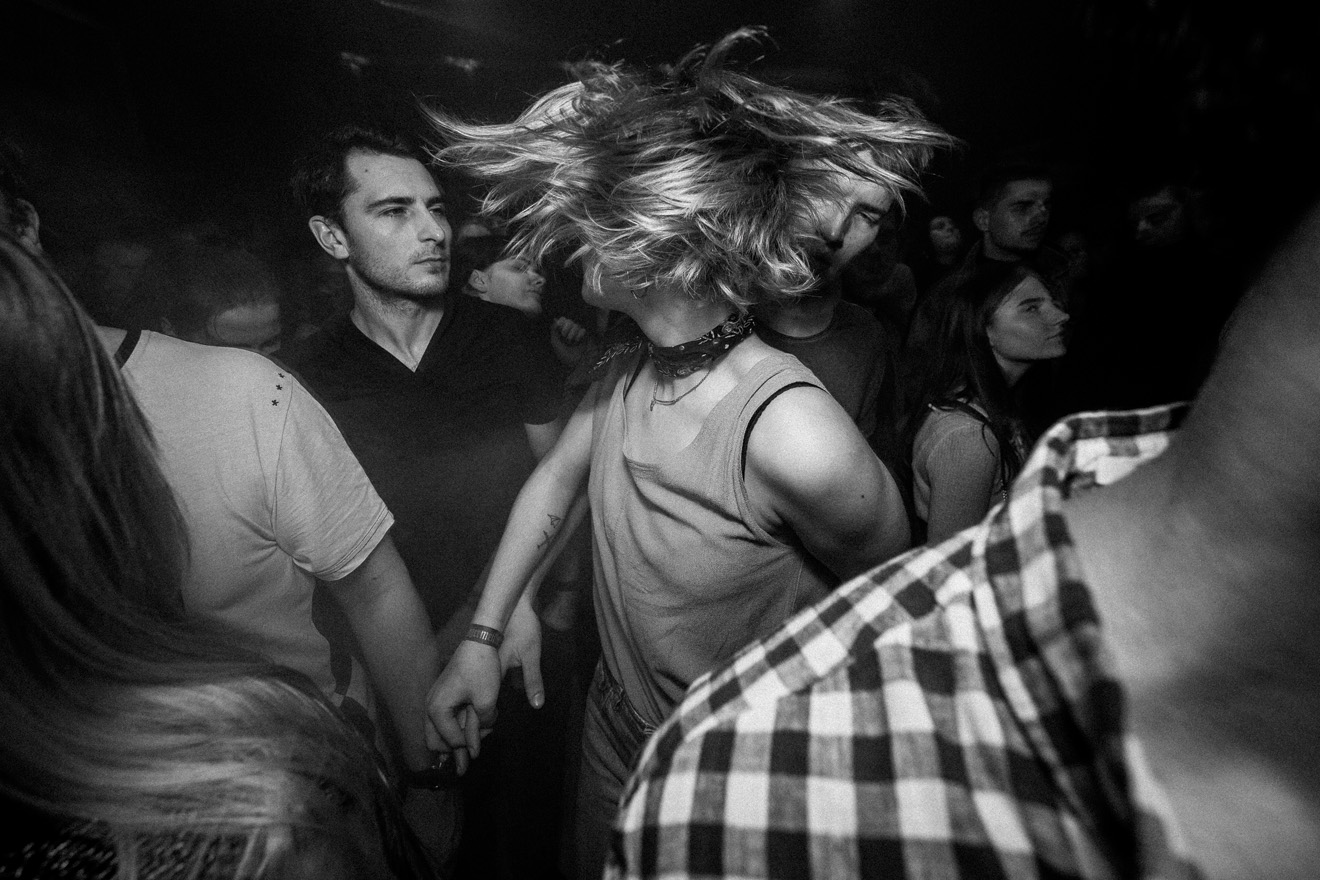 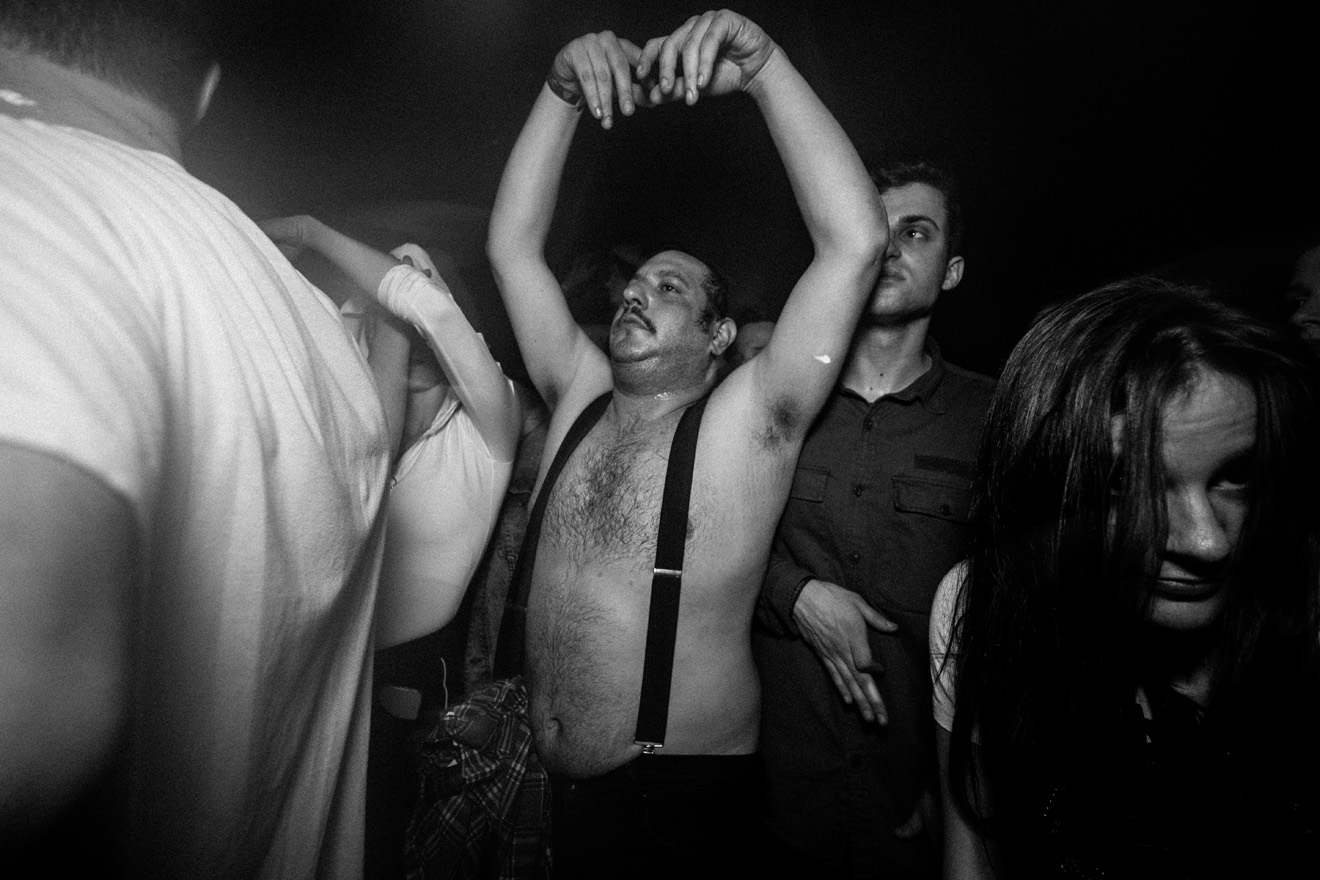 “The first time we came to play in Lithuania, a couple of years ago at Opium Club, we immediately felt the magic of the place,” says Dori Sadovnik, of acclaimed Israeli live and DJ duo Red Axes. We catch the pair after their marathon ten-hour set, cause of the aforementioned chaos, finishing just after midday on Sunday after veering between peak-time fare like Neil Landstrumm’s electro roller ‘The Chemical Con’, and their own tripped-out, opiate guitar productions, indicative of both their sonic scope and the freewheeling situation.

“The truth is that we didn’t even understand what was happening by the end,” adds partner in crime Niv Arzi when we ask how this latest Lithuanian show has been for them. “There’s something about the energy of the place that unites with the people and sound in the most perfect way.”

They originally came to Vilnius via a booking for the Smala party, where other guests have included Silent Servant, Ivan Smagghe, and Paranoid London. And this is really why they’re in full flow again now. Run by highly respected local DJ and producer Manfredas alongside fellow mainstays of the city 12 Incu Po Zeme, this weekend the party’s banner is raised high for its fifth birthday, which coincides with the first ever Garzen Festival in the city.

"It’s not that we’re insular, but we are communal"

The idea is that acts on Tel Aviv’s wildly experimental Garzen label, which is run by Red Axes, play Paviljonas, a live spot in a small leafy square, day to evening. Highlights include The White Screen’s hallucinatory Americana-punk, plucked straight from a David Lynch bar scene, and Hila Rauch’s seductively grinding, hypnotic rock-pop. Then Opium opens doors for its beloved, half-decade-young soiree, with mixing from Vilnius and beyond.

“It’s been pure magic: so much love and work put into it by the bands. For most of them it was their first show outside their country, so it was really important how it was perceived by people here,” Manfredas says when we ask how Garzen’s Lithuanian debut has gone down. “But it’s been amazing – the crowd are super-open to all this new music they never heard, in a language they don’t understand.”

That open-mindedness isn’t just the fleeting result of this weekend’s leftfield imports, either. Arriving just ahead of midnight on Friday doesn’t stop us catching Manfredas and 12 Incu Po Zeme on home turf. ‘Punchy kicks, ethereal interludes, cold wavey-techy-proggy slo-mo goodness and deep chuggers’: that’s the closest we’ll get to articulating what gets dropped. Hardly predictable stuff. 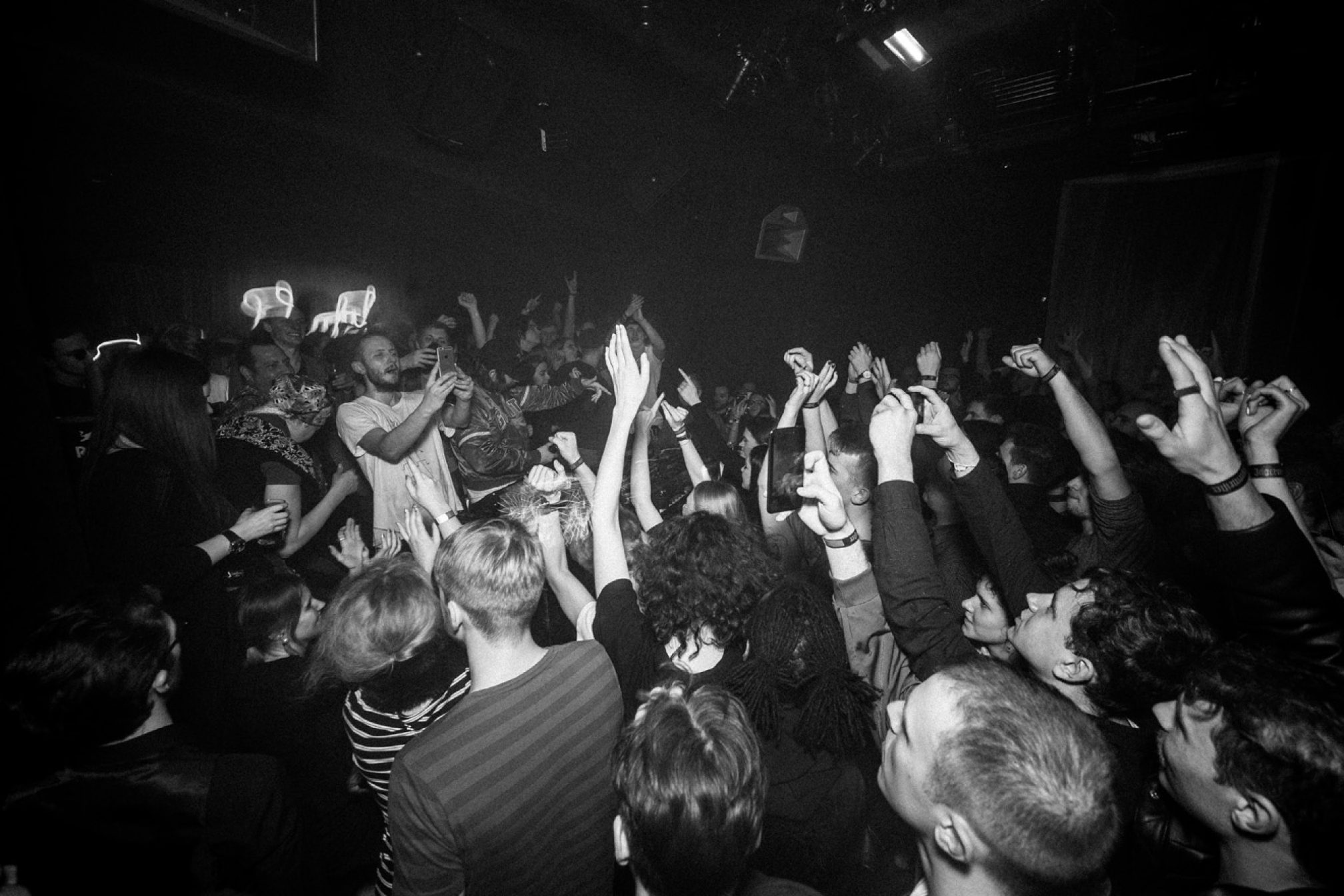 “The club scene has had really good taste because of good people. We’re a really small country, and it’s more about what’s happening in the country rather than global music trends. It’s not that we’re insular, but we are communal. There are no really huge dance acts coming here, so everything is still underground, if you use that word, or niche. Because this is our scene.”

We ask for specific names, and are reassured when they mean little to our British ears. Matas Aerobica, KGBK, Siaubas, Konsistent, Ernestas Sadau, and V Musique are examples of home-grown Vilnius talent to get familiar with. A few plays confirms how representative they are: off-kilter weirdness, smoky but solid breaks, dark pop, disco and house.

Self-sufficiency is apparently in the water here – or the innumerable local beers dominating taps in a town where pretty, narrow streets boast atmospheric, wood-clad, blink-and-you-might-miss bars aplenty. There’s excitement waiting to be discovered by those who look for it, but the city isn’t interested in any big sell. The secret’s out, mind, with visitor numbers rising, and in a positive way.

“I mean, it’s not as cheap here as it was three or four years ago, so there’s fewer stag parties, and they’re in the pubs, not coming to Opium or places like that,” Manfredas explains. “But then last year we’ve seen a lot of guests from other countries coming to the club just for the parties. Either they read about it or saw a stream online, or came to support an artist.

“For Garzen we’ve obviously had people from Tel Aviv, but also from Belgium and the UK,” he says. “In that sense I think Opium is a brand, Smala is a brand, and they are becoming more international and getting more of an international crowd, a music-loving crowd, coming for the musical experience of this country.

“For Smala it was never about some certain styles, it’s more about this mood. Whether [the music is] weird Israeli rock ’n’ roll or industrial, it’s a crazy space in your head and when you get there it all makes sense.” 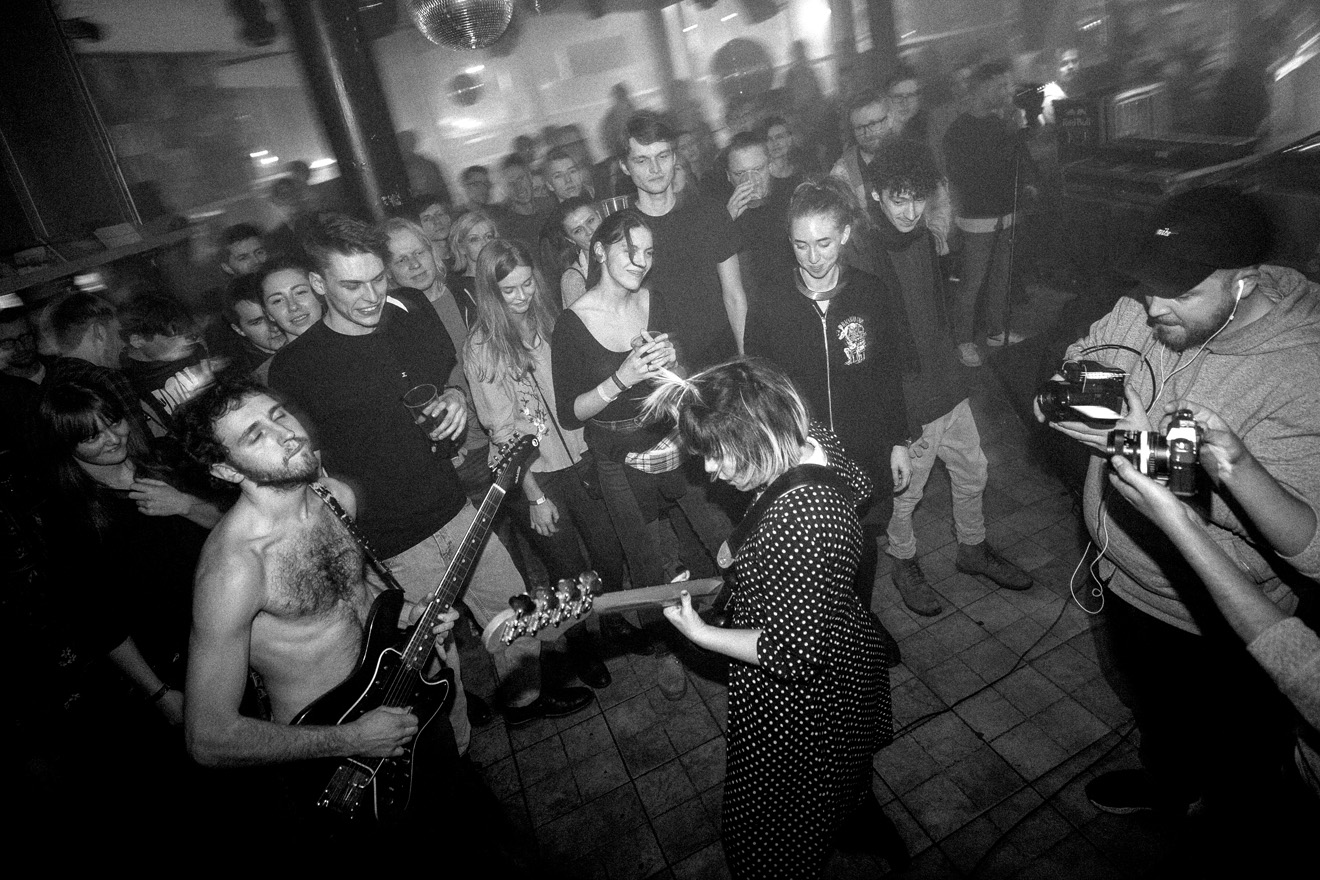 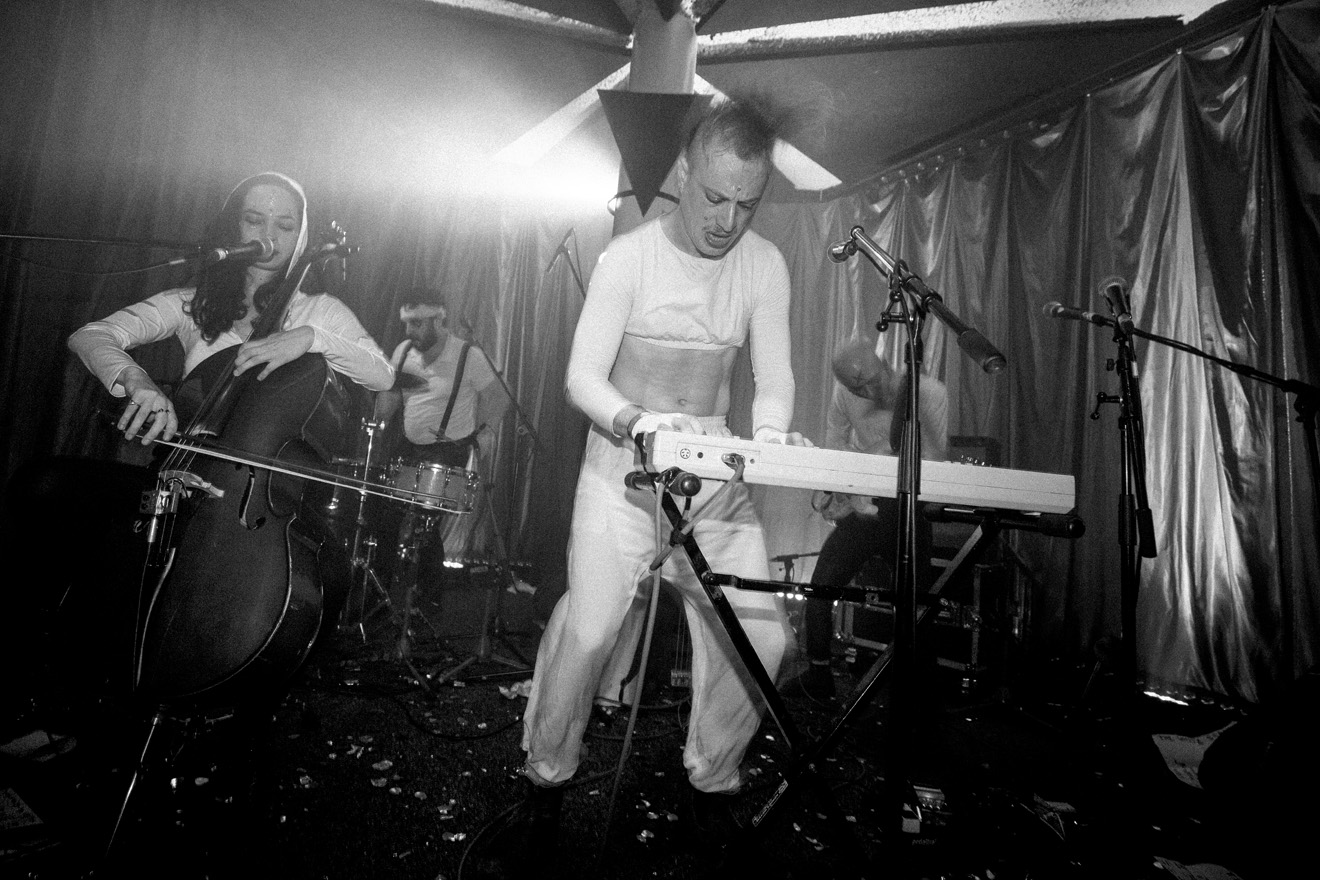 Back in the club we meet Domas Marazas, a 20-year-old customer service agent, on the smoking terrace behind Opium’s dark chill-out area, a tiny room of shared seating, wide-eyed head-nodding, and sloppy conversations. Outside bodies still dance to beats which, this far from the system, are merely dull thuds.

“New, friends, movement,” he responds when we tentatively quiz him on what three words would describe the scene in Vilnius.

A single spot does not a scene make, though, as someone or other probably once said. We ask where else he would recommend to check while in town.

“I’d definitely recommend LOFTAS, which is a spacious place where you can hear techno, d’n’b, trap music. Believe it or not, this happens during a single rave. There is also Anna Mesha, which is more of a posh place; the vibe there is a lot different than the one in Opium, but they have great music there as well as a bed which you can lay on and chill when you need to rest. It’s styled as an apartment.”

Kablys is another name that keeps cropping up. A neo-classical folly complete with colonnades, outside it resembles a grand gallery. Inside, the six-year-old space is certainly artistic but far from formal, housing a cafe bar, skate park, hostel, and (very) dark club space perfectly suited to the heavy tunes it’s best known for. It’s different to Opium, but no less sweaty, welcoming, or revered.

“I guess you can’t count on an artist that’s successful in Club X being the same in Club Y,” says Gytis Dubauskas, the self-described ‘all-rounder’ responsible for management, many of the bookings, and, as Interiors, another one of Vilnius’ taste-making players whose own Gamma night is another for the list. “I believe that every club out there has its own crowd favourites, whether it’s Blawan at Kablys or Red Axes in Opium. Everywhere is different; some places rely on their limited space to create intimate atmospheres, some on spacey interiors and loud soundsystems and other components. I think it’s a pretty wild and free ravers’ community; not many things can stop people here from having some nightlife experience every weekend, whether they have no money in their pocket or it’s shit weather. Lithuanians are born to get wasted, but are open-minded for new sounds too.” 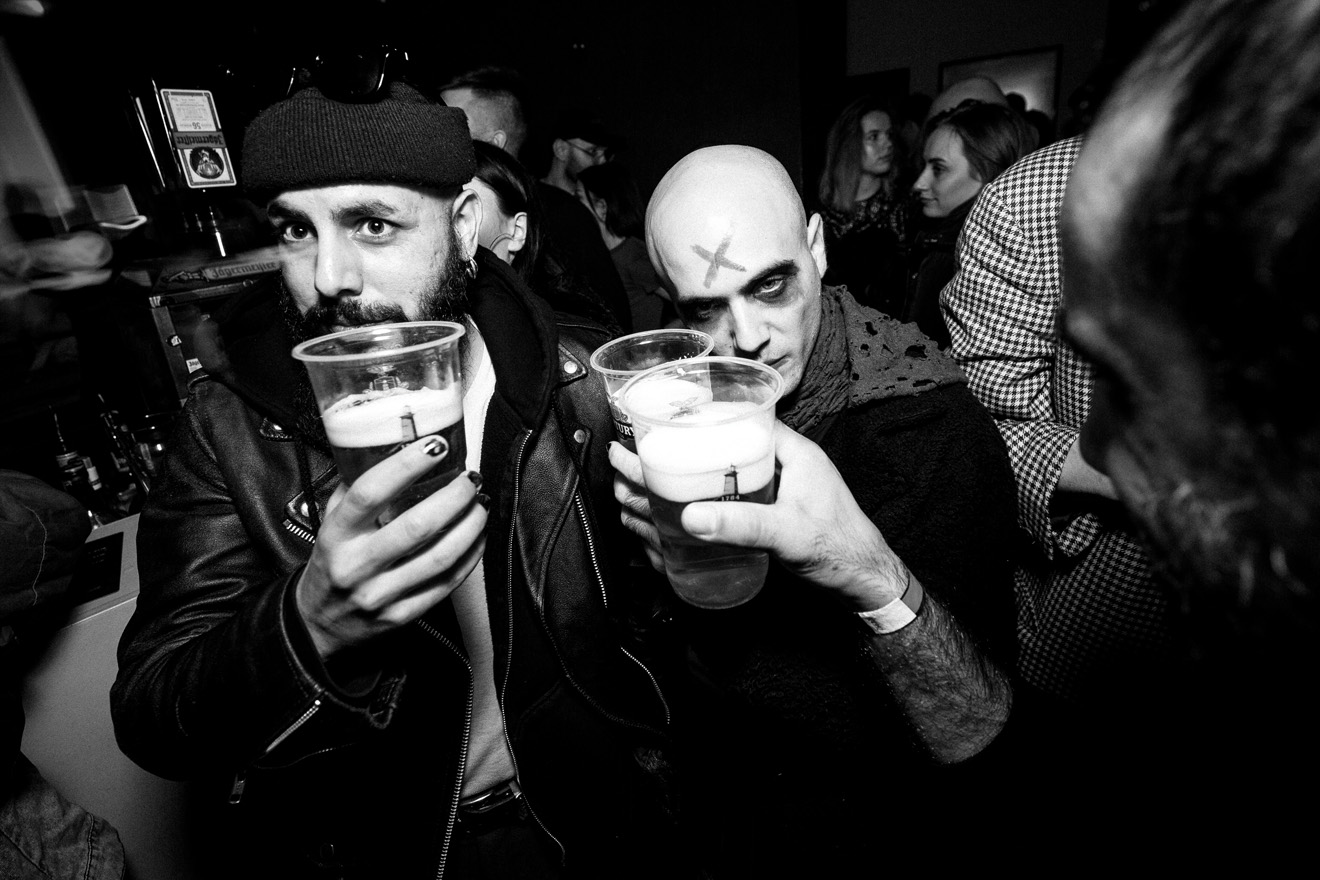 This extends to the recently opened Discotag record store, a small but perfectly formed basement shop set up by Arnas Gataveckas as the first dedicated to dance music in the city, where buyers are spoiled for choice whether looking for jungle, ambient or disco edits. But Vilnius’ love affair with rave and club culture is by no means a recent awakening.

Gravity is a much-missed institution that Vidmantas ‘V’ Čepkauskas, Head of Programming for Opium, describes as “the mother of all clubs”. Sadly, it died as the 2009 financial crash took hold. Before that there was Stereo 45, a 100-capacity hub of the scene where Nerijus Damaševičius held it down in the booth for years. These days he’s behind the long-running Minimal Mondays at Kablys, and Supynes, Lithuania’s premiere electronic festival which, again, has a heavy weighting towards local artists – although Neel, Shed, Awanto 3 and Brawther were among 2017’s bookings.

“We’re still quite often considered to be part of Eastern Europe, but before Lithuania was occupied by the Soviet Union we were always looking Westward,” explains Daina Dubauskaitė, a journalist, editor, and owner of the blog Dubauskaite.it, who, for 14 years, has charted the history of the country’s club scene. “So the mentality after we got rid of the Soviet structure was much more Western than it might have looked from outside. [When it comes to] rave culture we were very open to it. In the 1990s, this wish for ‘Western-ness’ coincided with the fall of the Berlin Wall, the Second Summer of Love in the UK, and Ibiza – we really weren’t too late for all of this.”

Framed in that historic context the last 48 hours make a lot of sense. Mixmag came hoping for good things, but also having read a handful of UK press reports suggesting that police and government were becoming increasing heavy-handed towards nightlife. We’ve see nothing to back this up, and questioning locals on the subject suggests it really isn’t an issue.

Instead, what we find is huge musical passion and knowledge, and more importantly the cornerstone of a healthy scene: great parties where the people are as experimental as the music.