“I have imposter syndrome a lot of the time,” says Vegyn, born Joe Thornalley, when I ask him if he ever felt intimidated by the rich history of collaboration that he’s built over the past few years. “You know, it's cool to have been a part of certain iconic moments. But then a lot of time, people would say: ‘I would love for you to just recreate this iconic moment for me now’, and you go: ‘I don't know if that's how it works necessarily, but, you know, I'll try my best!’”

Releasing 71-track mixtape ‘Text While Driving If You Want To Meet God’ and and follow-up ‘Only Diamonds Cut Diamonds’ in 2019, the Kilburn-raised electronic musician tried to make his musical vision clear for all to see. These projects followed a number of shorter releases by the producer, notably 2014’s ‘All Bad Things Have Ended - Your Lunch Included’ and 2015’s ‘Janhui’. “[‘Only Diamonds Cut Diamonds’] was a way for me to broadcast what it is that I actually do, and that's how I treat all these releases. Now it’s an extension of what I do and what I feel like I'm good at, you know?” 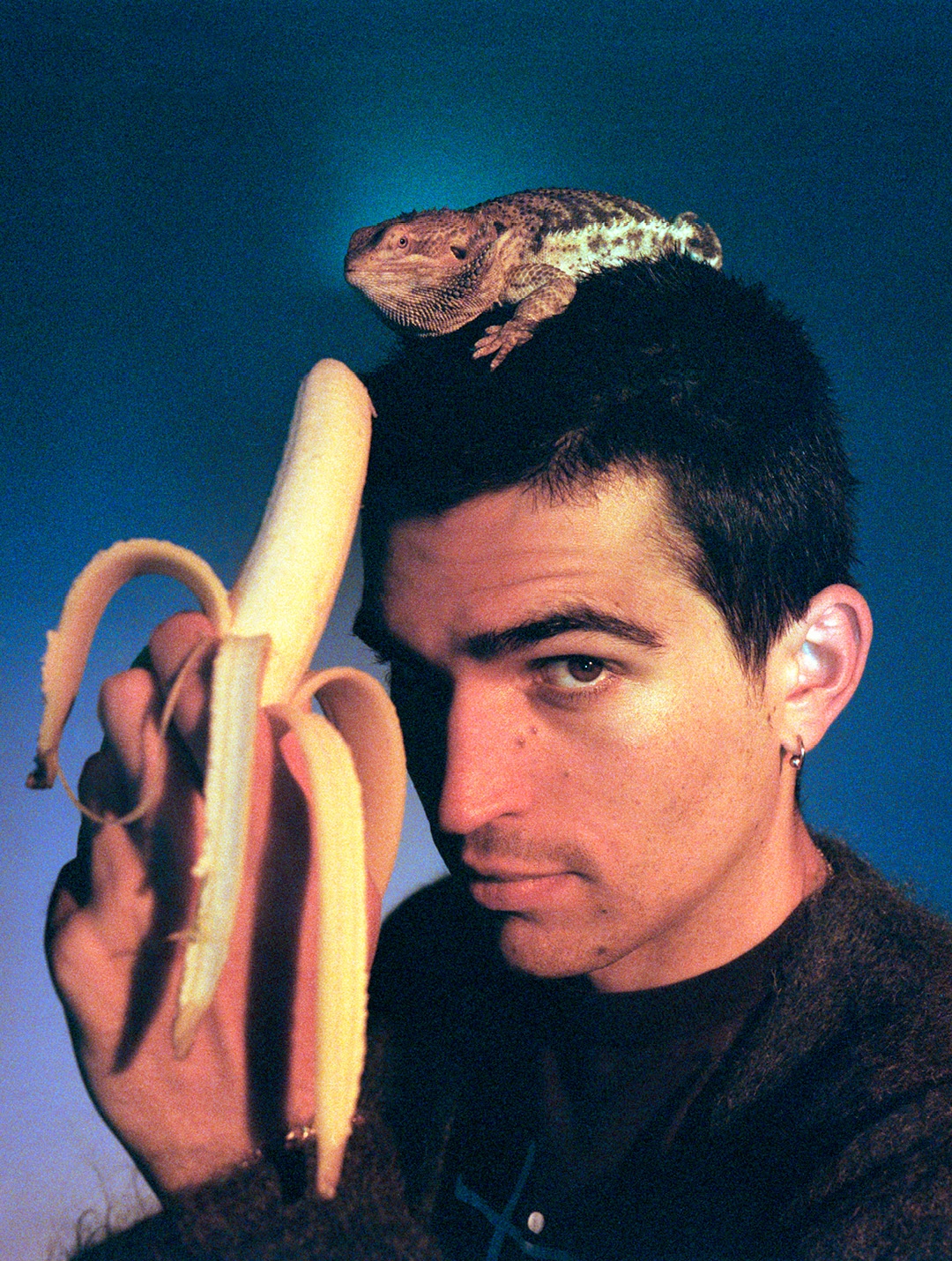 If you were told about Thornalley’s musical upbringing, his exposure to Todd Rundgren and many of the rock classics of the ‘60s and ‘70s, you may be taken aback by the jittery, electronic compositions that Vegyn has become known for. Though, he does admit that his tastes weren’t always as refined as he lets off. “I think my listening habits as a young man were pretty atrocious I must say! If you want the bands that I actually listened to I think I'd lose a lot of credit [laughs]. I don't listen to them anymore!” But when he finds music that he likes, he puts it straight into his YouTube favourites, amassing a vast selection of music, stretching all the way back to 2008. “I've got this really, really long list now! It's really funny. It's a bit of a time-warp.”

Read this next: Get to know Vegyn, creator of genre-shifting beats

Thornalley admits that he wasn’t always so interested in music, with art and graphic design being his main focus when he was growing up. But during a course at London College of Communication, his own musical journey began after finding inspiration from the people surrounding him. “I felt like I'd never met people making music that I kind of admired,” he remembers. But then he started making music to match with his peers. “It was always like, I knew people that made music but it wasn’t really stuff that I was that into, so it was a bit of an awakening when it was suddenly like, 'Oh, these are people who are my age who are making music that I like’. I just wanted to fit in!” 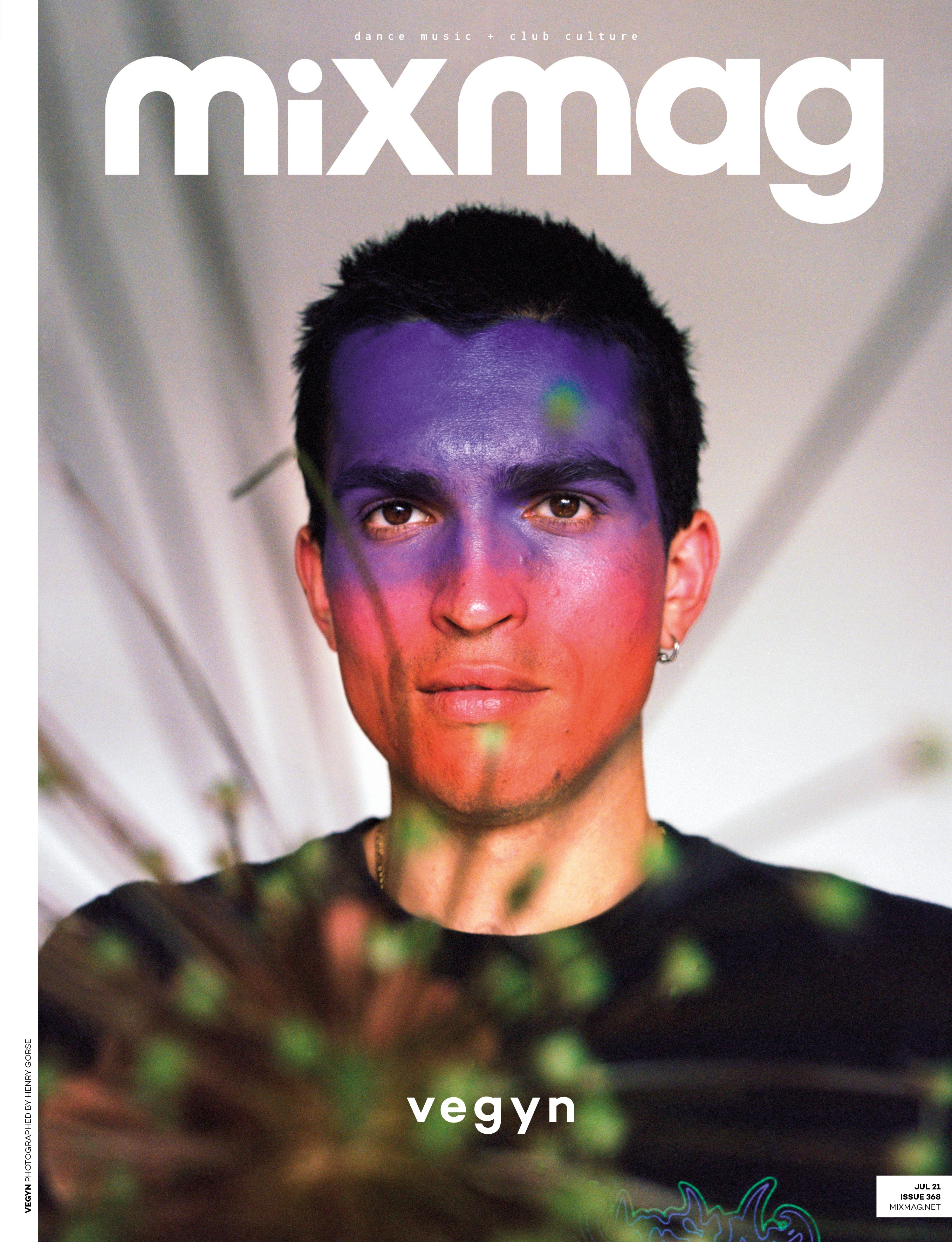 Now, Vegyn is a definite rung above the rest, his distinctive sound earning him work with Frank Ocean, Travis Scott, Kali Uchis, Babyxsosa, Duval Timothy and a whole host of other artists, all trusting in the producer to bring the gorgeous electronic sheen to their music that he’s known for. The story of him meeting James Blake at the now defunct Plastic People and Blake going on to play his music during his BBC Radio 1 residency has been told in many interviews, and the producer is aware of how that story’s been taken by fans and publications alike.

“It's very, it's very romanticised, you know? I don't know, it's sweet! When people come up and give me things, if they're someone that gives me a USB of their stuff, I'm like, this isn't even relevant anymore! Just send me a link!.” He’s half joking when he says this.

One of the last of a generation that could have experienced such a phenomenon at such an iconic East London venue has made Vegyn even more grateful for the space existing, with the pandemic causing damage to club spaces and moments such as these. “I'm still not a particularly confident person,” he reflects, “But in that space, I felt very… it was like a safe space, you know? I felt like I could actually let my hair down and dance, and it didn't always mean that I had to necessarily enjoy the music that was even being played. The soundsystem is just so good that you could lose yourself just in the experience.”

“It was a really special place, and to be honest, clubbing has never lived up to it since. I obviously have done a fucking pill in XOYO or whatever, but like, it's not [laughs] really the same experience. It's a different experience.”

Whether you’d expect to hear a Vegyn track in the club is an entirely different matter. He doesn’t seem so sure. “A lot my music I find really sad, so I don't know if there's really the context for me to play in the club. It's like, not to equate myself to Burial at all, but the same thing applies for their music. You don't need to hear ‘Archangel’ in the club; it'd be too much. Like, maybe in the right context.”

His latest EP, ‘Like A Good Old Friend’ contains some of the producer’s more club-friendly tunes. He’s assisted throughout the project by the likes of John Glacier, p-rallel and Duval Timothy. The project is a testament to not overthinking, with Vegyn managing to create dense compositions that feel more simple than they do cluttered.


And this, of course, is a good thing. “I really wanted to release some straightforward dance music. Perfect! No clubs in the world open, the best possible time to release it! But then, the music itself, I'm like, ‘it's clubbing music!’, but really, it's not.” Making music for venues that continue to teeter between return and extinction is risky business. 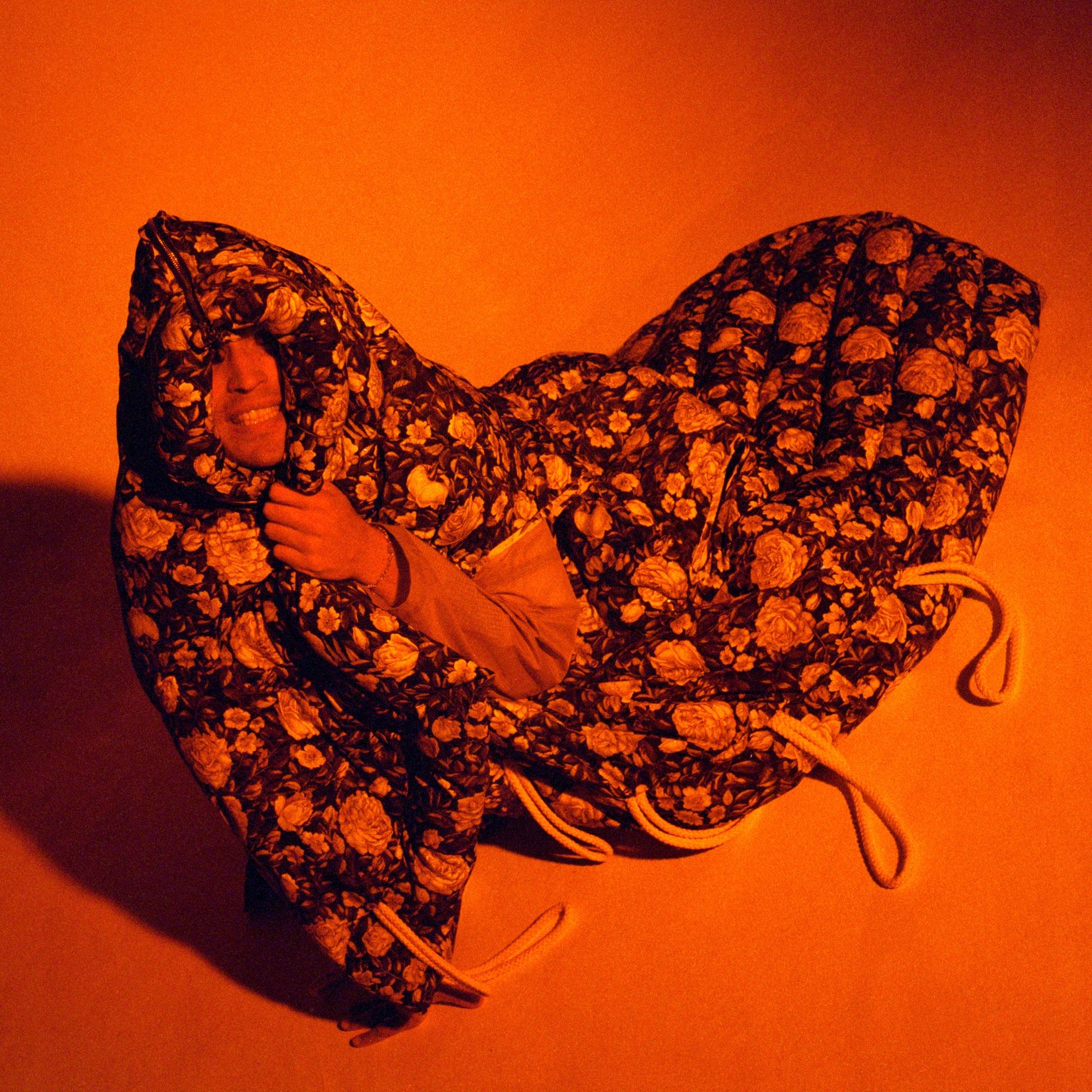 You get the feeling, through listening to his music, that taking risks doesn’t phase Vegyn, as he continues to upend electronic music convention with each release. Switching BPMs halfway through tracks, chopping and screwing vocals, his incredibly organic sampling techniques, the unnatural sense of energy within his tracks: these are all results of an ever-changing musical process that’s carried him through his career, but also the reserve of an artist that spends little time overthinking his music. “With ‘Diamonds’, I was really only programming, bar a few things were drawn in on the computer, and then after that I developed RSI and I couldn't really do the track-pad shit as much anymore. I was getting really bored of making music in that way. So then I started wanting to start playing more, because it allowed me to engage with music in a different way.” It seems that he can’t stick to a single form of creation.

“But then, now I've kind of changed my process again, where I've developed this skill of being able to play, at least to my own degree. I'm always learning, always getting better - by doing that, I can start working with more actual instruments... you're just developing these different languages and having different tools. For now I'm working way more in straight audio rather than MIDI, using more analogue instruments - you can get a much richer, and deeper sound much, much more quickly. I can still put a bazillion plugins on things, but I'm getting a bit bored of my computer endlessly crashing, it's not really a vibe.”

The producer is known for his frantic, complex drum patterns - with metallic hi-hats, big kick drums, and snappy snares making for an entirely unique sound, though he admits that they aren’t always the focus of his tracks. “You can't sing along to the drums, man! You can't sing along to that shit. Like it's cool, but really a rhythm section is just sort of contextualised in the rest of the music.” 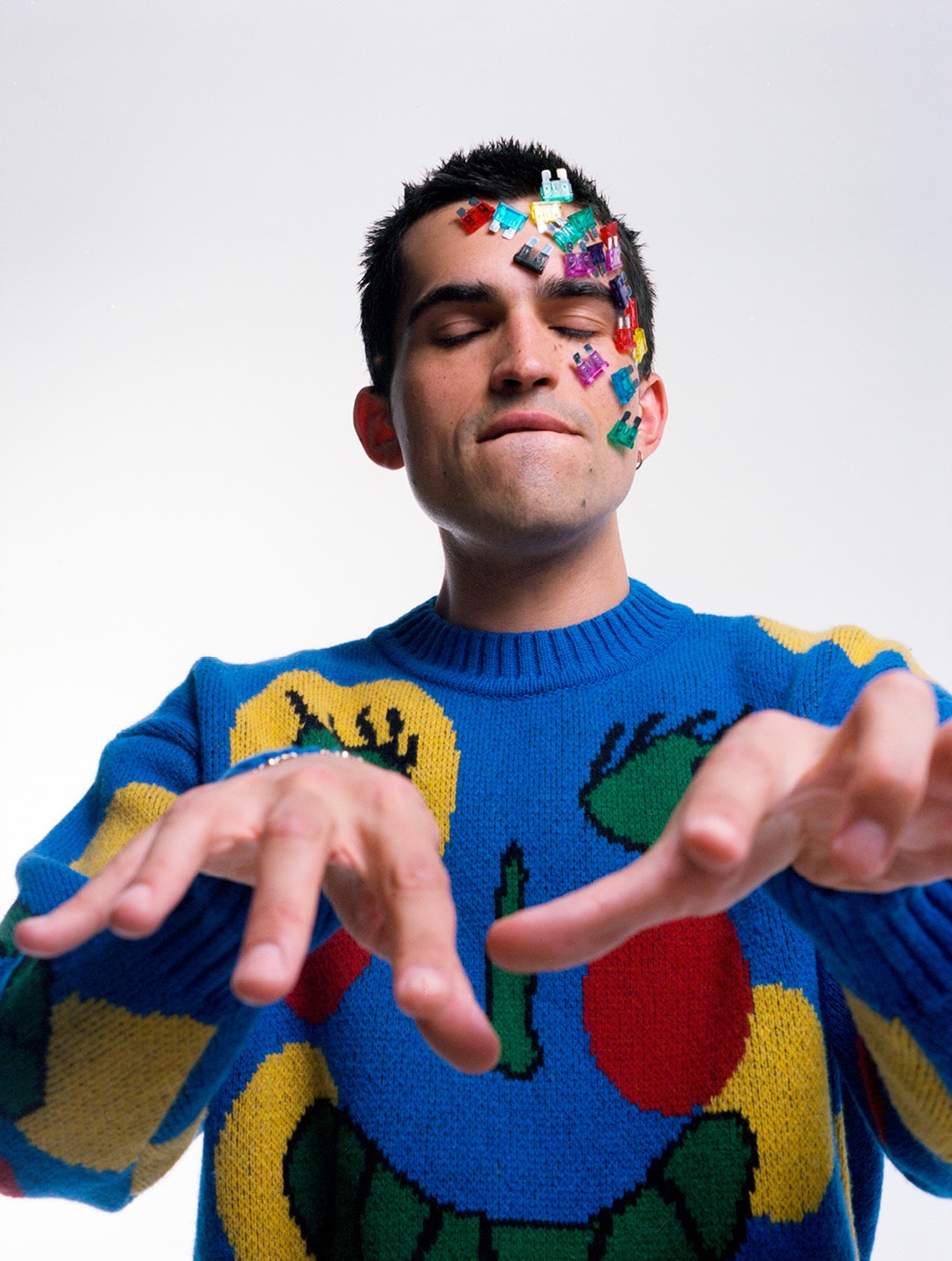 The sharp turns that Vegyn continues to take throughout his career - an early co-sign from one of the most talented r’n’b musicians of all-time in Frank Ocean, a growing fanbase and a long list of collaborators - would allude to the producer being a figure of confidence. But Thornalley admits that he’s an anxious person, and it was this anxiety that underpinned his relationship with John Glacier, the mellow rapper who worked with Thornalley on her new album ‘Shiloh: Lost For Words’, out at the end of the month on Vegyn’s own label, PLZ Make It Ruins.


“Before I think either of us knew the other person made music, we were always the two freaks stood at the back of the party. We'd bump into each other and say ‘God, I hate parties’.. the sentiment would be like, ‘Yeah, me too’, you know, both with the kind of crushed can… the anxiety cup, as I call it. You finished the drink a long time ago, but you gotta hold on to something!

“So John, and I got to know each other there, and then a friend of mine showed me someone's music called John Glacier on YouTube and I was blown away. I knew they had a London accent, so it was like trying to figure out who it was and I was reaching out to other friends and they're like, ‘Oh, yeah, you chat to John all the time, you guys are always at the back of the party chatting to one another’, so that was a weird, mind blown kind of moment.”

Once the two connected - music began to flow, and the project was formed with ease. “We wrote 80% of the project in about two weeks, if that. And I really, really enjoy working like that, very quickly, not thinking too much about things, just kind of trying to just capture a performance as much as possible and a mood, you know?” 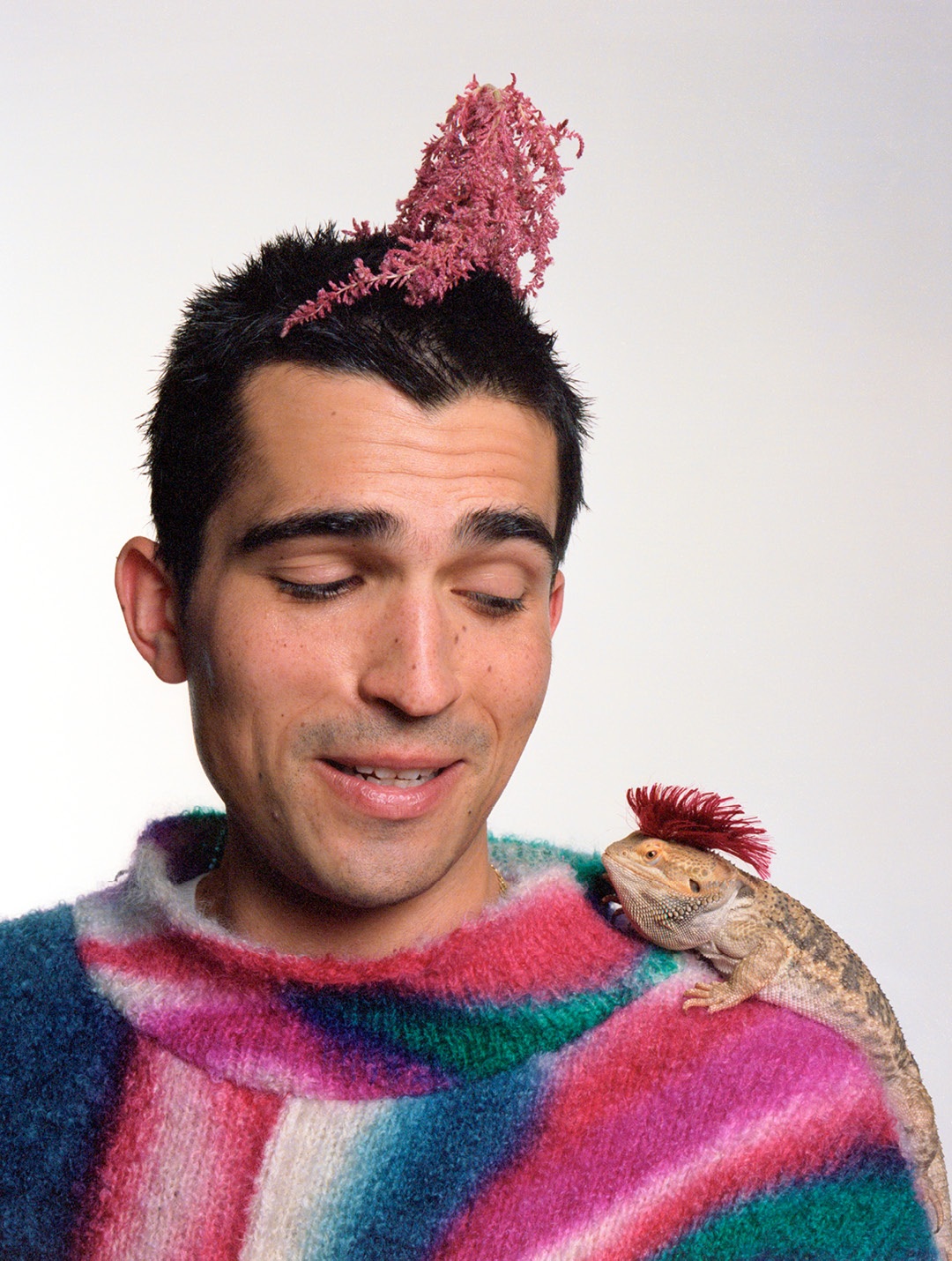 Vegyn continues to defy expectations, to surprise, to overwhelm, to open up and candidly let us into his sonic environments. Given his star-studded musical past - the producer has set out alone, together, not having his collaborative spirit muddy the immense talent he possesses. Ultimately, he wants to subvert your expectations, and will.


“It's really good to play with people's expectations, because then you end up finding people come away from the experience feeling like something's happened, you know? Constantly pull the rug out from underneath people. I feel like you want to keep doing that until the person is just fucking spinning! Everything should elicit some sort of reaction or response, to make you feel something or think about something. Even if you don't like it - you still had a thought. To me, that is cool.”

'Like A Good Old Friend' is out now via PLZ Make It Ruins, get it here