This is not the end: Kerri and Chez do Southport - Features - Mixmag
Home Latest News Menu 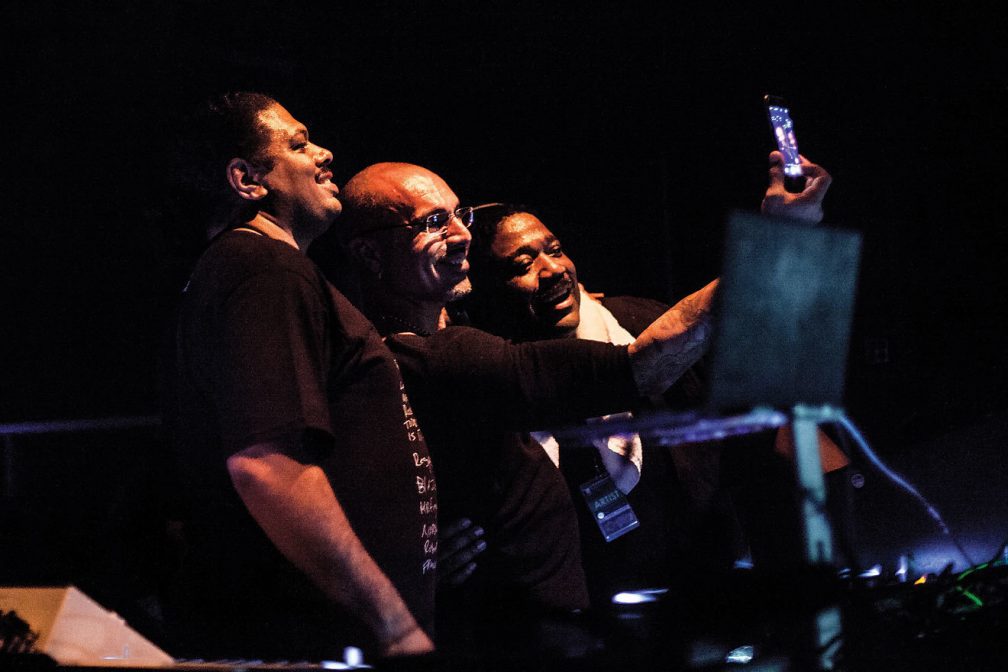 Thankfully, that announcement rallied troops and this Weekender runs at capacity, the show of love from its audience prompting organisers to consider some manner of reconvening.

Highlights from the weekend are many: David Rodigan jumping around the stage like a man half his age, his reggae selections and MCing like a thermonuclear catalyst to his braying audience; Philly DJ Rich Medina playing two sets, the first a hip hop masterclass with turntablist Cash Money, the second stretching out to his multi-genred best. Shaun Escoffery's 'Days Like This' (DJ Spinna mix) is one of many anthems here and he sings it to an audience that threatens to overwhelm him with their volume. London's Paul 'Trouble' Anderson, Chicago's Sadar Bahar and Stockholm's Mad Mats are among the finest DJs you could ever hear and each deliver highly individual sets. It's impossible to catch every magic moment, but the traditional Saturday afternoon soul session with residents Terry Jones and Andy Davies is the perfect place to experience the joy and love that so singularly mark this event. As their session draws to a close one last time, friends embrace and tears flow.


Although Ron Trent's set doesn't start until 6am on Saturday, the space is packed and baking hot. He slays the room with a deep house excursion. It's heart-warming to see that Chez Damier is in the crowd, having stayed on to catch his former partner's set, rumours of an acrimonious with the mid-90s dissolution of Prescription/Balance dispelled by the support they offer each other.

"This event has been really special to us over the years," says Louie Vega. His MAW partner Kenny Dope recalls the first time he saw the dancers here: "Seeing how they moved, how they were dressed, the kinds of music they were dancing to… we walked away and just went 'Wow!' I came back home, got out my drum machine and started creating our broken style beats. That's where 'Mind Fluid' and 'The Nervous Track' came from, from watching those dancers." Masters At Work have provided this event with more anthems than anyone, and the Sunday afternoon finale rightly belongs to them, crescendoing with 'It's Alright, I Feel It' sending shivers down spines.

"Just look at it. All these people," organiser Alex Lowes tells me with mixed emotions as he surveys the gleeful audience from MAW's stage. "I'm so proud of what we've achieved, but it's them lot that really made it what it was."


"This is the end of Southport Weekender, but I believe it's the beginning of something else," says Kerri Chandler – refusing, like many, to accept this feeling can die. "Their festival in Croatia, Suncebeat, is such a unique vibe. The crowd and the music are the same as here, but it's like doing it in paradise."

By the time the music ends, the highs of the weekend and the lows produced by uncertainty over the future have sent the audience on an emotional rollercoaster. The Southport Weekender is dead; long live its spirit.