If you didn't already know that Nkosinathi Innocent Maphumulo – better known as Black Coffee, or simply Nathi – is a superstar in his native South Africa, you probably wouldn't guess it. Slouching on a leather sofa in a Berlin hotel lobby, his tall, lean frame is dressed fashionably but modestly (designer jeans, trim denim jacket, hipster scarf) and his friendly, if slightly reserved, demeanour doesn't exactly scream 'household name'.

To be fair, he's pretty knackered too. It's midnight and he just flew into the city today after a couple of weeks of globe-trotting gigs in Lisbon, Toronto, London and France. In a couple of hours he's set to wow the crowds at Berlin's Watergate before flying out a few hours later to play the opening of Ibiza's Circoloco, alongside the likes of Kerri Chandler and Cassy. Then it's on to more gigs in Amsterdam, Barcelona, New York, with occasional returns to SA to record his new album.

All of which is impressive for someone born into relative poverty in a township (Umlazi) near Durban and raised – mostly by his mother and grandmother – in a rural part of Mthatha in the Eastern Cape. Nathi's humble origins are just one of the fascinating aspects of his career, and listening to him share his childhood stories of hardship and ambition instils a real sense of respect. 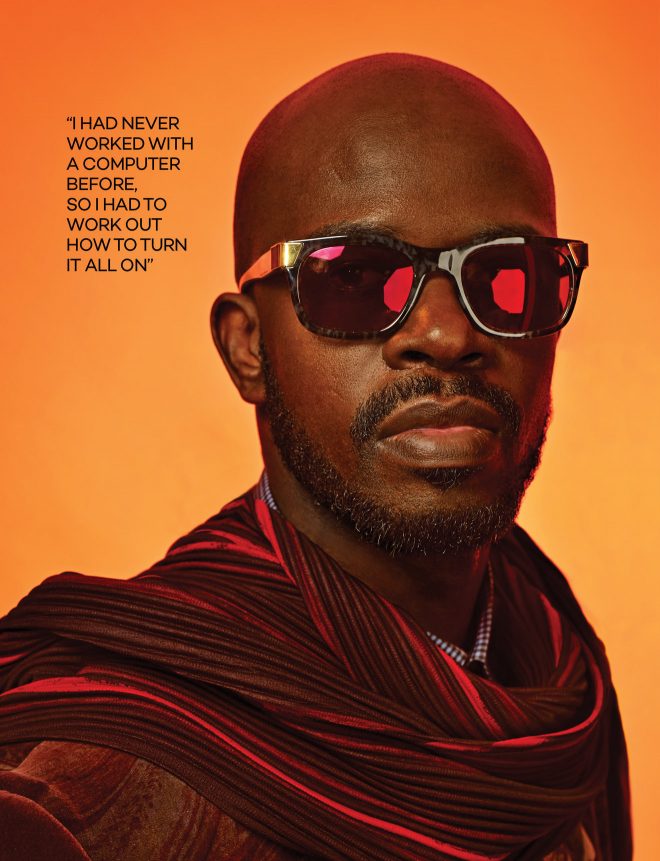 "I knew I wanted to be an international DJ from a very early age," he says in his quiet, steady voice. "And even before that it was always my dream to be recognised worldwide, even if I wasn't quite sure how. My life at that time was very removed from the reality of this idea of course, but that was the conversation I used to have privately with myself, and with God."

In a recent Origins documentary produced by Resident Advisor, director Patrick Nation and his film crew followed Nathi back to Umlazi – "Section E" – where he spent his early years, and where his mother, Faith Dandala, still lives. In the doc, she talks about how Nathi was always fascinated by music and would ask for "things that made a noise" instead of guns or other toys. "I always loved music and have been through many different musical phases over the years," he tells us. "My uncle had a big reggae collection and would play me Peter Tosh and Bunny Wailer, which even today takes me straight back to my childhood and that house in Umlazi.

"He played us new music too. He would play it on his ghetto blaster and we would all gather outside in the street and listen and dance."