Glastonbury festival founder Michael Eavis singing karaoke before the main stages open has become something of a fixture at the festival. Whether it's down the Rabbit Hole on Thursday night or in a hidden corner of the Field of Avalon, the man behind one of the world's biggest festivals is known to be partial to a bit of Frank Sinatra ('My Way') or Elvis Presley ('Suspicious Mind'), so if you want to get up close with a true legend of British popular culture, what better way to do it? As always, keep your eye on any slots still to be announced to be in on the fun. 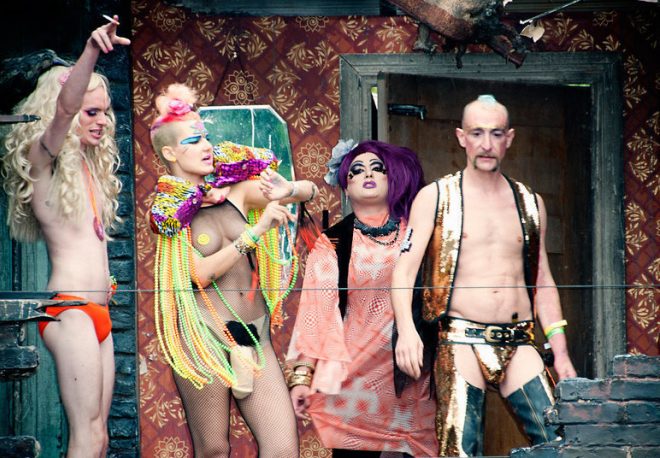 The late-night areas of Glastonbury have been hugely responsible for the festival's continued success, and in recent years Block 9 has been incremental to that. 2014's opening party with David Morales playing a Frankie Knuckles tribute in the area was not only a festival highlight, but also shut down entry to the south fields due to overcrowding. In order to cater for demand, this year the field is having not one but two opening parties. Disco legend Cerrone headlines the Genosys stage stage at 9:30pm on Thursday at the same time that acid house pioneer DJ Pierre plays the NYC Downlow.

As well as the mammoth opening parties, Block 9 is also starting earlier this year, with daytime parties over the weekend starting from 4pm. Gideon Berger, co founder of Block 9, explains: "People are so keen to come down to GenoSys, London Underground and NYC Downlow that we need to do it to cater for them. Each day we have one headliner in the day and one at night. The day goes through until 9pm and we have some whopping headliners including Awesome Tapes From Africa, Andy Butler from Hercules and Love Affair and Joe Claussell."

As well as the usual stages, the area have taken it up another notch with a heap of new installations. Berger continues: "We've had an 80 tonne crane and an 60 tonne crane in to lower a giant object into the ground. I'm not going to tell you exactly what it is, you'll have to come to Block 9." The area is also known for a slew of the festival's best secret shows. Berger concludes: "We have the daddy of all secret shows this year – with bells on. It's epic. But I'm not telling you when, where or who it will be."