A programme called Britain's Cocaine Epidemic debuted on Channel 5 last night and obviously Twitter had a lot to say about it.

The episode covered a coke wholesaler getting 22.5 kilos ready to distribute in a family home and students using the dark web to order their drugs, unsurprisingly financed by their student loan.

As a load of users on Twitter pointed out, there was also a social worker who stated she'd done five lines of gear looking straight into the camera with no disguise. However, many said she was probably an actor.

Earlier this month it came out that drug dealers were using loyalty cards and last year police warned that 100 per cent pure cocaine was doing the rounds in the UK.

We also wrote a piece on why cocaine was so strong in 2017.

Episode Two of Britain's Cocaine Epidemic airs on May 7 at 10pm. Watch Episode One here and see the best tweets about it below. 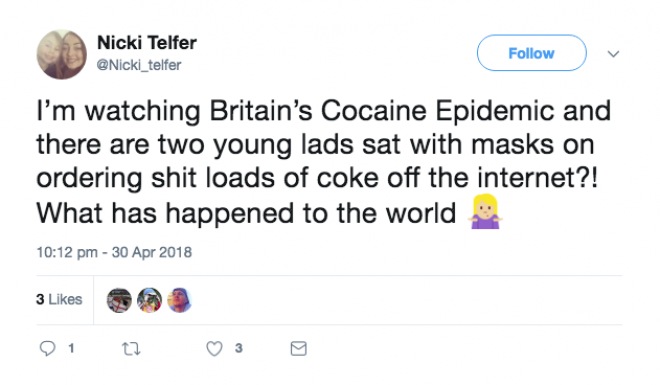 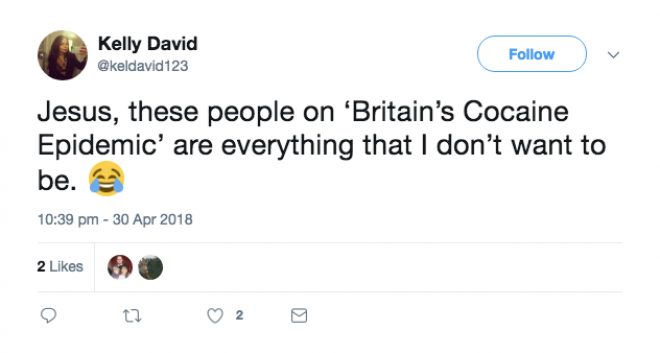 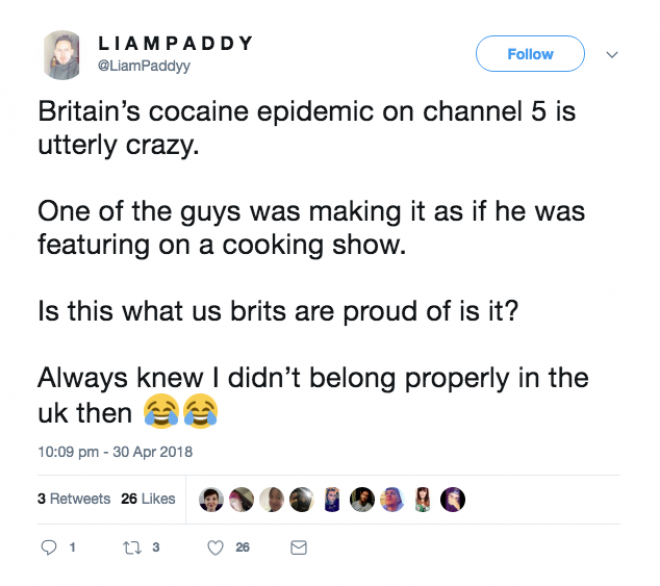