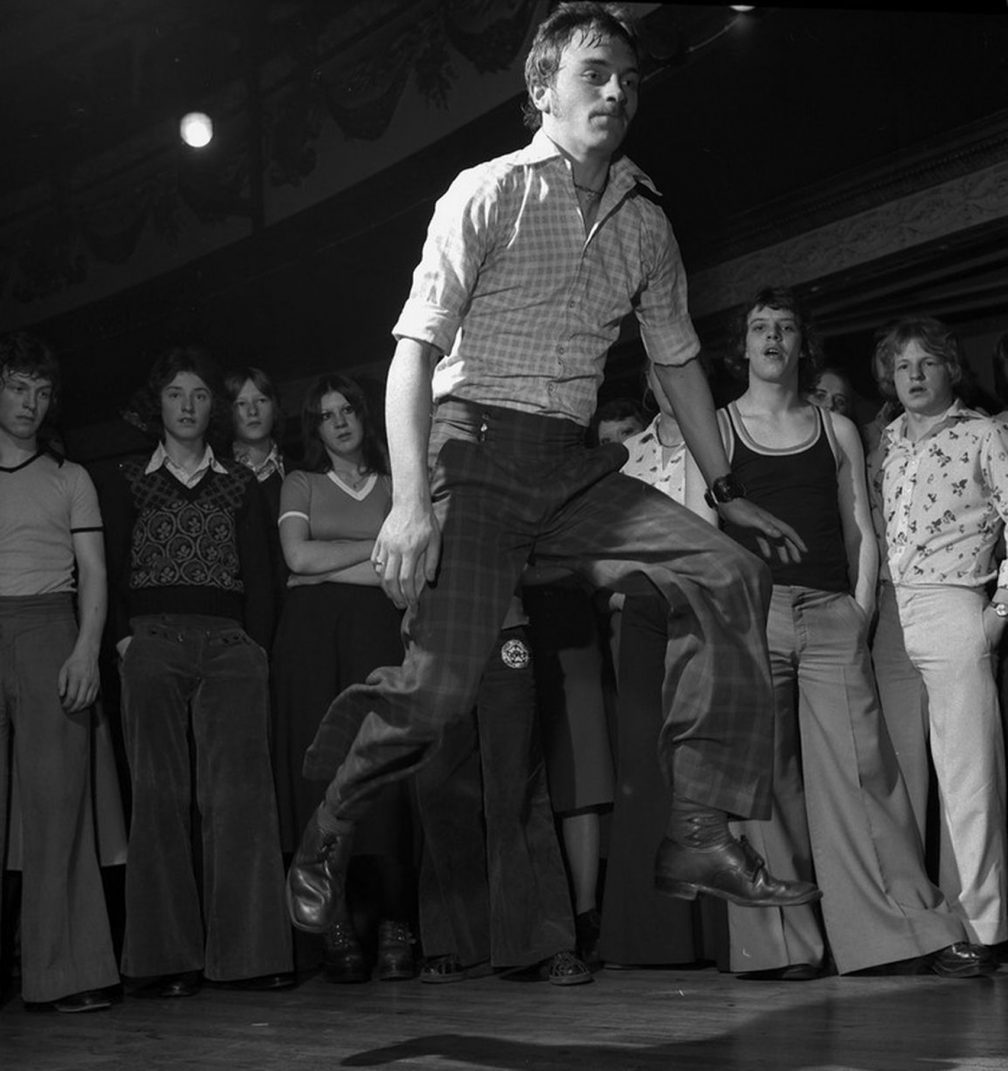 “The decision to open in Wigan was perfect,” says Richard Searling, who DJed there between 1973 and 1981. “It was on the motorway, it had a train station, and it was very easy to access. The scene never looked back from that point on. It just got bigger and bigger.”

Wigan Casino opened its doors for the first time at 2am on September 23 1973. The brain-child of local DJ Russ Winstanley, the club was an alternative to previous all-nighters, which had been held in dark, dingy venues. “I had been looking for a space to hold the all-nighters in Wigan after The Torch closed, and I thought the Casino Club was a perfect space,” Russ recalls. “It was vast, with a fabulous sprung dancefloor, balconies, and space for 3,000–4,000 people. It was ideal for what we wanted to do.”

Within months, Wigan Casino had established itself as the country’s leading venue for Northern Soul’s faithful to make the pilgrimage there every Saturday. Hordes of like-minded clubbers with their 35” baggies, vests and bowling bags (which contained a change of clothes, records and talc, an essential component for dancing) descended on the town for the famed club night, forcing the doors to open two hours earlier, at midnight.

With the early opening meaning the all-nighters were now eight hours or more, and with the Casino not having a license to serve alcohol, it was only natural that drugs, particularly speed, would fuel the club nights in a major way – though Russ Winstanley says he feels that their association has been over-exaggerated in recent films.

“It’s just such a bad representation of how it really was,” he says. “It’s a shame, because they could be championing the scene instead of making it look like all it consisted of was some ill, abusive, horrible people who just lived for drugs and a bit of music. I never saw one prosecution for drugs for any one person at Wigan Casino, and that’s out of four million people. We spent the first year fighting to get the place cleaned up otherwise we wouldn’t have had it. Both the Torch and the Twisted Wheel were closed down because of drugs, so we fought like mad to keep the Casino open and at first it wasn’t too good. We took the step of inviting the police into the Casino who then identified the culprits to us and so we got rid of the bloody idiots.”

Despite being a movement which prided itself on dancing to its own beat, Northern Soul began to have an impact on mainstream culture. In 1977, This England, a TV documentary about Wigan Casino, was watched by over 20 million people, while records that had become turntable hits were re-pressed and reissued and went on to chart. Canny labels spotted a gap in the market and began specifically recording songs with a Northern Soul beat, but which lacked the authenticity of the original records. “Some of those later records were really detrimental to the scene,” Richard Searling recalls. “They damaged the genre and the Casino did lose respect, to an extent. Records were played by certain regular DJs who, by that time, had not been able to keep up with finding the American rarities, so they resorted to pop instead. Fortunately at the time I was finding lots of great unknown soul 45s which evened things up, so luckily we didn’t lose the crowds.”

Despite maintaining its vast numbers, Wigan Casino was forced to close in 1981 in order to make way for the council’s redevelopment plans. “It was the only night I never wanted to go to at the Casino,” Russ says. “It was horrible. People were crying because friendships had formed, and we all felt like we were never going to see each other again. I played the last three records and drove out into the countryside and cried my eyes out.”

The only real rival to Wigan Casino was the Highland Rooms in Blackpool’s Mecca, where Ian Levine and Colin Curtis were the residents. The club was integral in defining the fashion, the athletic dance style which incorporated tricks and flips and the sound of Northern Soul (and later, disco), which was dictated by Levine’s ear and his frequent trips to the US to bring back the sounds resonating in the clubs of New York.

Unlike the Casino and the Golden Torch, Mecca was unable to host all-nighters due to its license which only allowed it to open until 2am, something that limited its popularity – if not its impact. Four decades later, the sound and style of Northern Soul continues to infiltrate popular culture. Elaine Constantine’s Northern Soul film has just opened in the US, artists such as Pharrell Williams credit its influence and the ‘Move On Up’ compilation was one of last year’s most successful. The secret to its enduring popularity? “It’s timeless, great music,” says Richard Searling. “It’s uplifting, the melodies are memorable, and like Motown, we will always love Northern Soul.”