Wandering the tight, winding corridors backstage at Brooklyn nightclub Elsewhere at 4AM, Mixmag runs into a jovial Seth Troxler laughing as he bounds around with a group of friends. Tonight is a landmark event for The Bunker NY, the local techno party and label celebrating 15 years strong with a lineup consisting of Paranoid London, Jane Fitz, Mike Servito, Derek Plaslaiko and more. Troxler is here as a friend and a patron, though his connection to The Bunker NY goes much deeper.

“Around 12 years ago I was in New York to play a New Year’s Eve party at the original location of The Bunker NY called subTonic,” he says. “On the bill it was me, Taimur and Derek Plaslaiko, and we played for 18 hours straight. Back then the techno community was very small from Detroit to NYC. There were only a few small crews from each city, including The Bunker, and we just supported each other. It was a niche culture; none of us got into dance music because it was popular, it was just our lives, that was it.”

As NYC’s leading techno outlet and event series, as well as a respected imprint making an impact around the world with label showcases as far afield as Berghain, Bassiani and Concrete, The Bunker has come a long way since those early parties. Elsewhere is NYC’s biggest warehouse style venue, the newest Brooklyn nightclub to emerge in the past six months and boasts a 600-capacity main room with 50 foot ceilings, an intricately woven sculpture overheard constructed from beams of light. There’s also a side room, Zone 1, which delivers an intimate atmosphere with low ceilings no more than 10 feet high, fixed blue and red light, a DJ booth at floor level and a fraction of the space with approximately 100 people packed into the square room. When the club is full, patrons roam the venue, with an upstairs bar and lounge usually populated by punters conversing away from the dance. It’s a booming hot-spot which has brought an increased amount of attention to the Brooklyn community. 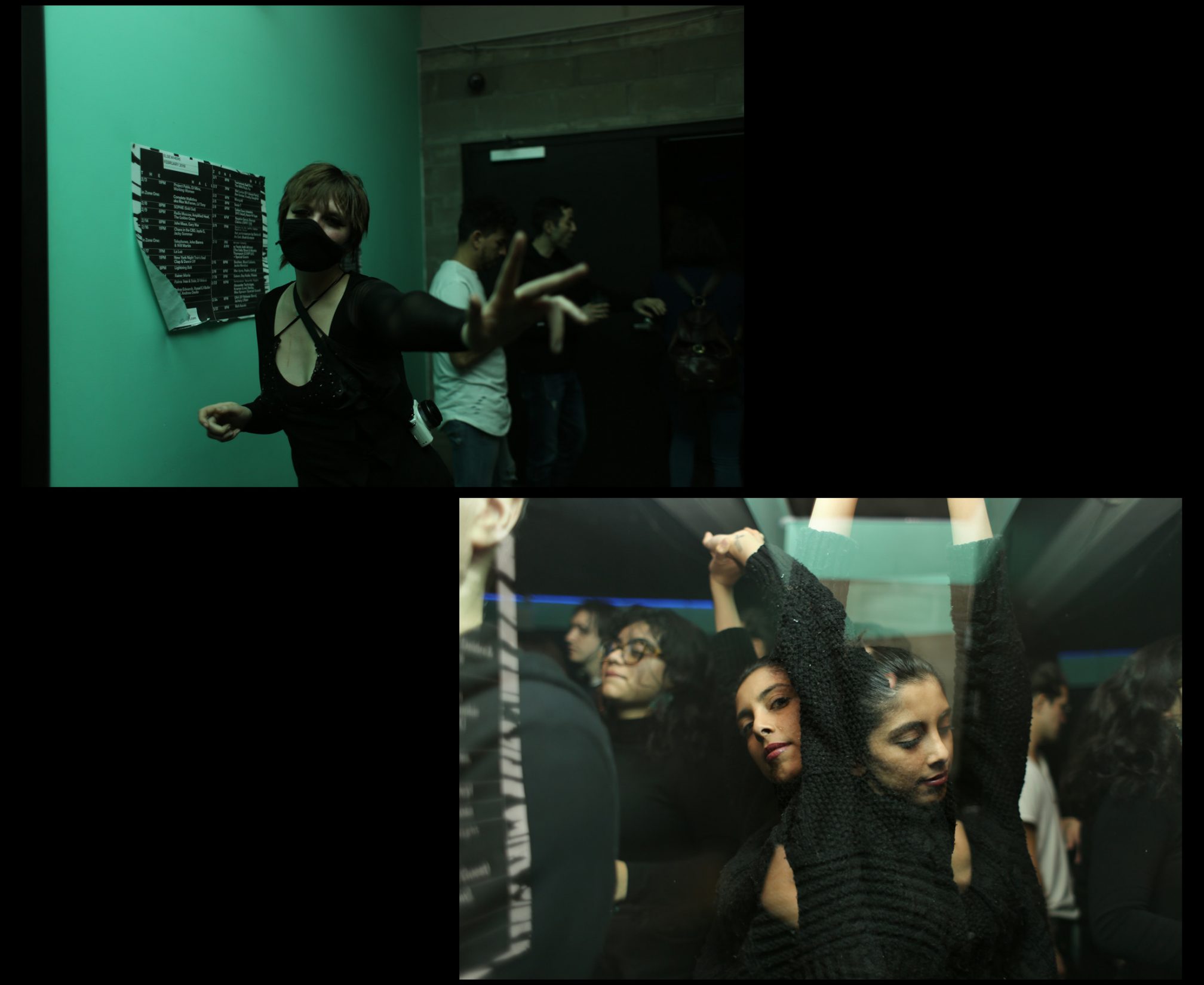 Paranoid London’s distinct brand of punky acid house fits the main room perfectly – and the diverse essence of The Bunker’s sound profile and aesthetic, rough and rugged with a hard beat, gripping rhythms and a healthy dose of acid textures. It’s a bumping party, but The Bunker obviously wasn’t always organising grand events of this scale.

A clear reason for the brand’s rise is label founder Bryan Kasenic’s passion for building and fostering a community of like-minded people. Initially from Pittsburgh, Kasenic spent his time at Carnegie Mellon University playing on college radio and later came to NYC during the late 1990s, drawn to the city’s electronic music scene. He immersed himself in the sights and sounds, which led him to respected underground record shop Halcyon where he connected with local music aficionados and hosted ambient events. Soon the crew were throwing a weekly party on Fridays at the shop’s original Smith Street location, and the techno scene at the time began to gravitate. What was initially just a party with friends soon became a hotspot for techno-heads.

“I was initially just drawn to the music and that’s still the biggest draw, but I’m also really all about community and the community around dance music,” Kasenic says. “Forming friendships and musical bonds is the most thrilling thing about this culture to me.” 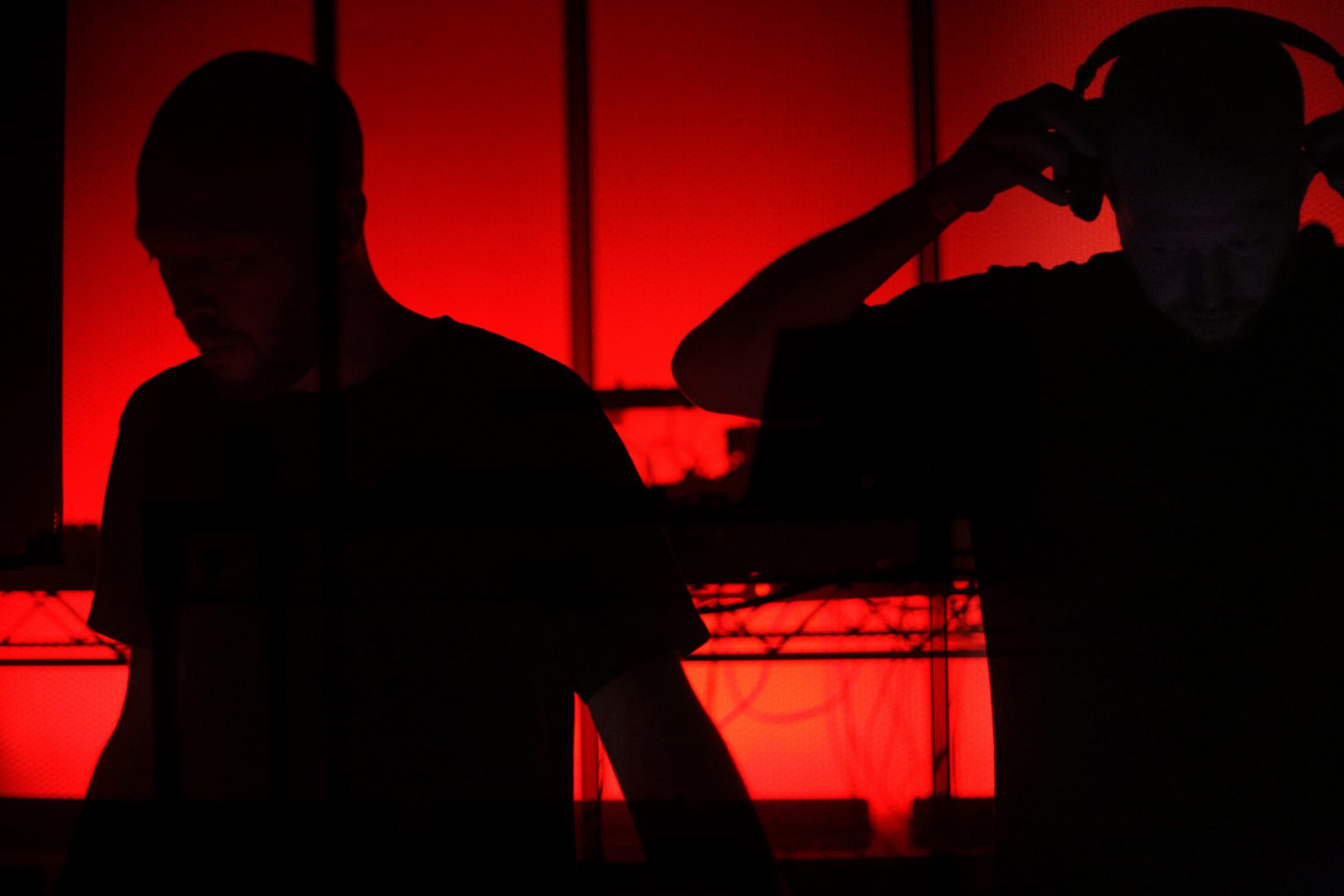 Nearly a decade after the party series began, these musical bonds led to the formation of the label. The first year saw the release of 10 records due to an outpouring of support, but also an increased amount of material that Kasenic had accumulated. Party family members Voices From The Lake, Atom™, Marco Shuttle, Leisure Muffin, Clay Wilson and more all graced the label in that first year.

“I had already spent a lot of time collecting music so I had a lot ready to go,” remembers Kasenic. “That was the era when we started doing parties at Output for two years. The club was so hands-on with the logistics of throwing the party, contracts with the artist, transportation and all that, so I had a lot of free time on my hands and I’ve always made it a point to stay busy.”

From weekly parties at Halcyon and subTonic to monthly gatherings at clubs like Output and Good Room and a label to showcase the brand’s eclectic techno sounds, 15 years on and The Bunker has a lot to show for it. Yet likely one of the most enduring aspects is the tight-knit crew of label affiliates, many of whom began as party regulars and are now mainstays behind the decks at parties and releasing original music on the imprint.

“It’s not just random people on the label, it’s all members of The Bunker community, whether they’ve been playing the parties or just coming to the parties regularly or are very close friends,” Kasenic explains. “Like Løt.te for example – he had been coming to the party and was a good friend whose music I really liked, so it was just a natural fit to sign a record from him and then have him play a release party.”

Another artist who’s coming up strong in recent years through The Bunker’s ranks is acid techno producer Justin Cudmore. “It’s kind of like going to techno university,” he tells us backstage as Jasen Loveland’s live set echos in the background. “I just feel lucky to be part of it. The Bunker NY is the techno institution of NYC and for me personally, during my time here I’ve just enjoyed learning and growing as an artist. There’s so much to learn from this community and there’s something unique about the perspectives that people bring into the mix.”

The concoction of different styles and personalities The Bunker has accumulated over 15 years is now on full display with the label’s anniversary compilation ‘15 Years Of The Bunker’, on which Kasenic again called on the community to deliver. “I contacted all the people who are the resident DJs and everyone who has done music for the label, plus some new people, and I asked everyone to make one track in two months specifically for it. And they all rose to the occasion. I didn’t need to reject anything, and the entire compilation feels really cohesive as a Bunker release.”

The compilation serves as the culmination of The Bunker’s history. Artists like Mark Verbos, Gunnar Haslam, Function, Romans and Mike Servito alongside newcomers like rrao and Abby Echiverri embodies Kasenic’s initial vision and focus on community building. And recently they’ve been taking it truly global.

“When we do parties at well-known places like Berghain, Bassiani and Concrete we know those parties are going to be great and the people are going to get into it because that’s part of the culture there,” Kasenic says.

“But then last year I did my tour of China and I thought it could flop. I’d heard of some stuff happening, but really didn’t know what to expect. And all those parties were really great! Also more recently when we were in India, all those parties were huge and people were so enthusiastic. Doing parties at new cities that have an emerging scene is really amazing because it reminds me of the early days at subTonic. It’s obvious that those people aren’t jaded, and everything is so fresh to them in the best way.”

In the coming months The Bunker’s anniversary will be celebrated throughout the year in cities like Los Angeles and Chicago as well as unannounced locations. Wherever they go, the vision remains consistent.