Just after midnight on a Thursday night, and Gretchen – a 400-capacity club in Kreuzberg – is almost full. For Berlin, this is unusual. Most midweek parties only see their audience start to trickle in from now, but this inaugural edition of Pressure – a new semi-regular event hosted by The Bug, aka Kevin Martin – had a queue around the block when doors opened at 11pm.

Martin’s history as a musician has deep roots in experimental and industrial music, but through his love of dancehall and bashment, his sound developed to presage dubstep, which became a natural scene to align with. And though he’s never truly felt part of it, most people recognise him as the producer behind some of the genre’s most enduring tracks, like ‘Skeng’ and ‘Poison Dart’. Hence the early crowd tonight, gathering for The Bug’s own opening Black Wax Attack 7” DJ set of original dancehall, reggae, and dub 7”s.

Peering from the back, over the heads of a crowd already deep in the dance, we recognise Israeli MC Miss Red, one of Martin’s regular MCs, getting ready to take the mic on stage, by her bobbing, curly lion’s mane of auburn hair. Most of the view is blocked by two small mountains of speakers stacked on either side and in front of the stage, and it’s only when she dances into the ‘V’ of clear sight-line between these that she’s visible. Pressure is not only a club night operated by The Bug, it’s also powered by his very own soundsystem: “ten 18” scoops [bass bins], plus mids, tops, and a few amps”, he tells us, hauled all the way from London following his move from the city that gave birth to his sound to his new home in Berlin some three years ago. 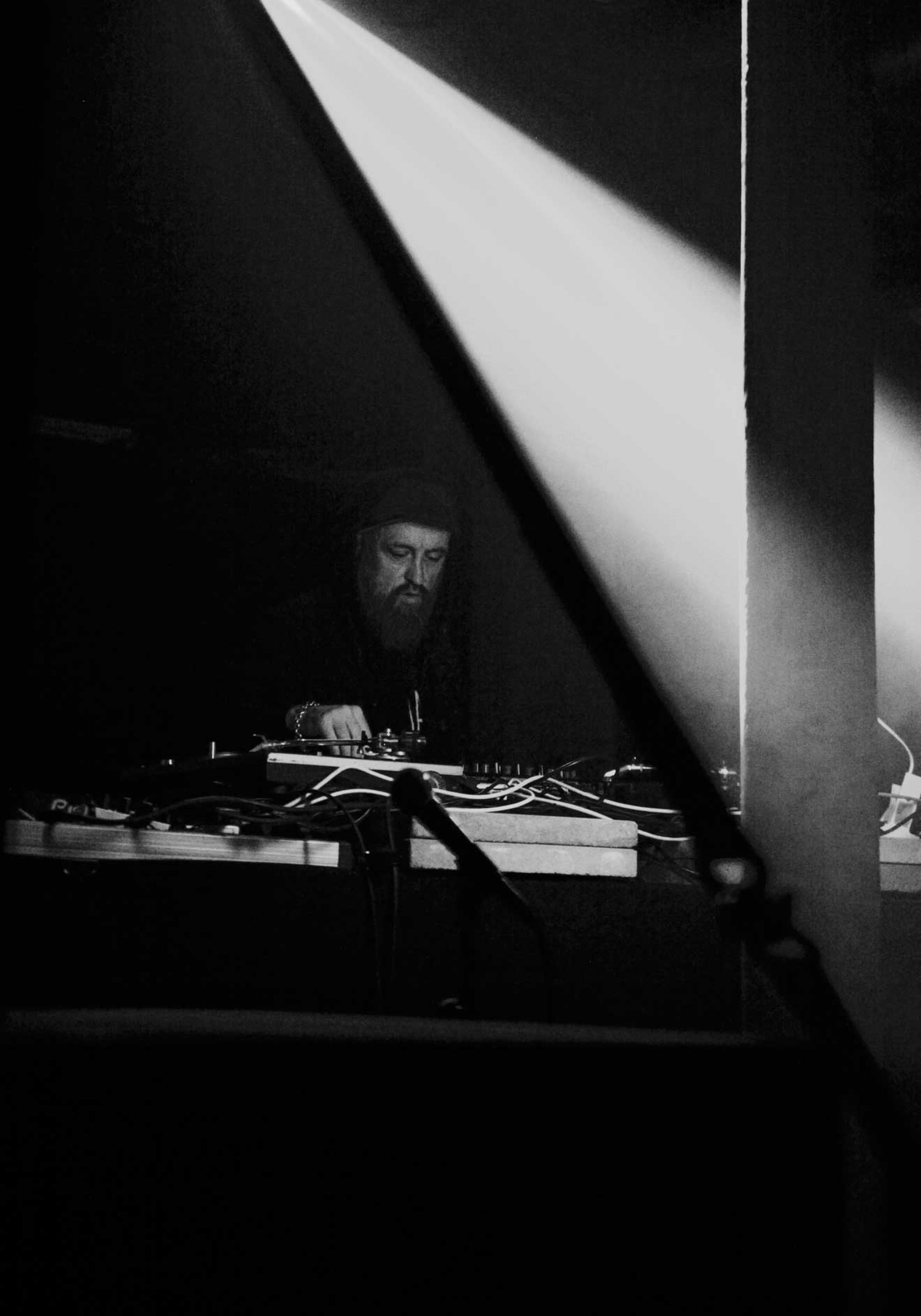 “When I first moved to London, I saw a sound-clash between The Disciples and Iration Steppers and I’d never heard anything like it in my life,” Martin tells us, explaining the origins of his stacks. “It was like sonic warfare, literally: two soundsystems battling each other with frequencies. It was everything I’d always wanted to do and hear from music: the visceral impact of something like [experimental band] Swans, but with soulfulness, psychedelia, warmth and madness verging on complete chaos. [As part of his advance for Ice’s ‘Bad Blood’] Warner Brothers, foolishly, agreed to give me a soundsystem. Then when they heard the final album, they dropped me. I walked with this system,” he says, and laughs.

That was some 20 years ago, and it has sat idly in storage for almost all of that time. Following Martin’s move, half the rig was used as part of artist Nik Nowak’s exhibition at Berlinische Galerie in 2014, and the entire thing was used in conjunction with Berghain’s own soundsystem in early 2015 for his piece ‘Sirens’: “I had to convince Berghain I wasn’t trying to kill people by having my rig and theirs combined for the proper airing of the ‘Sirens’ piece,” he says. That means Pressure is the first event where it’s being used as was always my dream that it should be used: me playing my music at my club in a way that I wanted it to be heard. Which is absolutely based on my love of Jamaican soundsystem culture.”

Miss Red is in the warm-up, riding the ‘Sleng Teng’ riddim and other classic dub sounds, when all of the sudden, there’s a load of reverb on her voice. That’ll be Martin in true dub style on the controls, then. After they finish, the energy is amplified by Terror Danjah’s frenetic DJ pace. You can tell by D Double E’s and Stush’s pitched-up voices on ‘Bad To The Bone’ and ‘Dollar Sign’ respectively that he’s working the grime at a high tempo, all the better to finish off with a jungle selection at the end that really sets it off. To Danjah, The Bug’s soundsystem “brought it back to when the clubs or halls were filled with bass. Nowadays you can’t feel the sub-frequencies in most clubs. It was great to hear the full spectrum of the music in the way we intended people to hear it out loud.”

When The Bug gets on stage again, this time for a live set of his own tunes and edits, it’s after 2am and officially packed. It’s difficult to make your way through the crowd without spilling your drink, and Mixmag spots at least one unmistakable Londoner in the Hackney uniform, a perfectly coiffed sweep and shirt buttoned all the way up. We didn’t think the crowd could get any more hyped, but the adoration for Lady Chann – this is only the second time she’s performed with The Bug, who is famous for working with killer MCs – is palpable and loud for her first gig in Berlin. While her rapid-fire spitting is an adrenaline rush, it’s interesting to see how well Flowdan, the MC Martin has worked with most consistently for the longest time, works within The Bug’s dynamic. The two can go from a sparse half-step crawl to an explosion simultaneously, perfectly in sync in pace and energy. But then comes the MC mixer: first Flowdan and Chann, then Miss Red alone with The Bug, and then Miss Red and Chann; turns out the only reason all three didn’t hit the stage together was a lack of a third mic. Chann’s got the lung capacity of a deep-sea diver and Red plays off of it like a pro; this is a bona fide moment and it’s even got Flowdan grinning from the back of the stage and the crowd (including Mixmag) screaming and pushing their way to the front. The stacks tower above our heads; they look to be something like 10 feet tall, and it is loud. At one point a tiny piece of brick shakes loose from the vaulted arches in the ceiling, hitting our friend gently on the head.

By the time the Japanese producer, Deep Medi-signee and DJ Goth-Trad comes on, we need a wind-down. While he’s also a dubstep-deviant, tonight his set comes laced with a technofied edge. Some people start to wander out, but the crowd stays surprisingly thick. While you expect people here to be Bug fans, the cheer that goes up when Goth-Trad drops his own track ‘Sinker’ shows that this is a room full of heads. 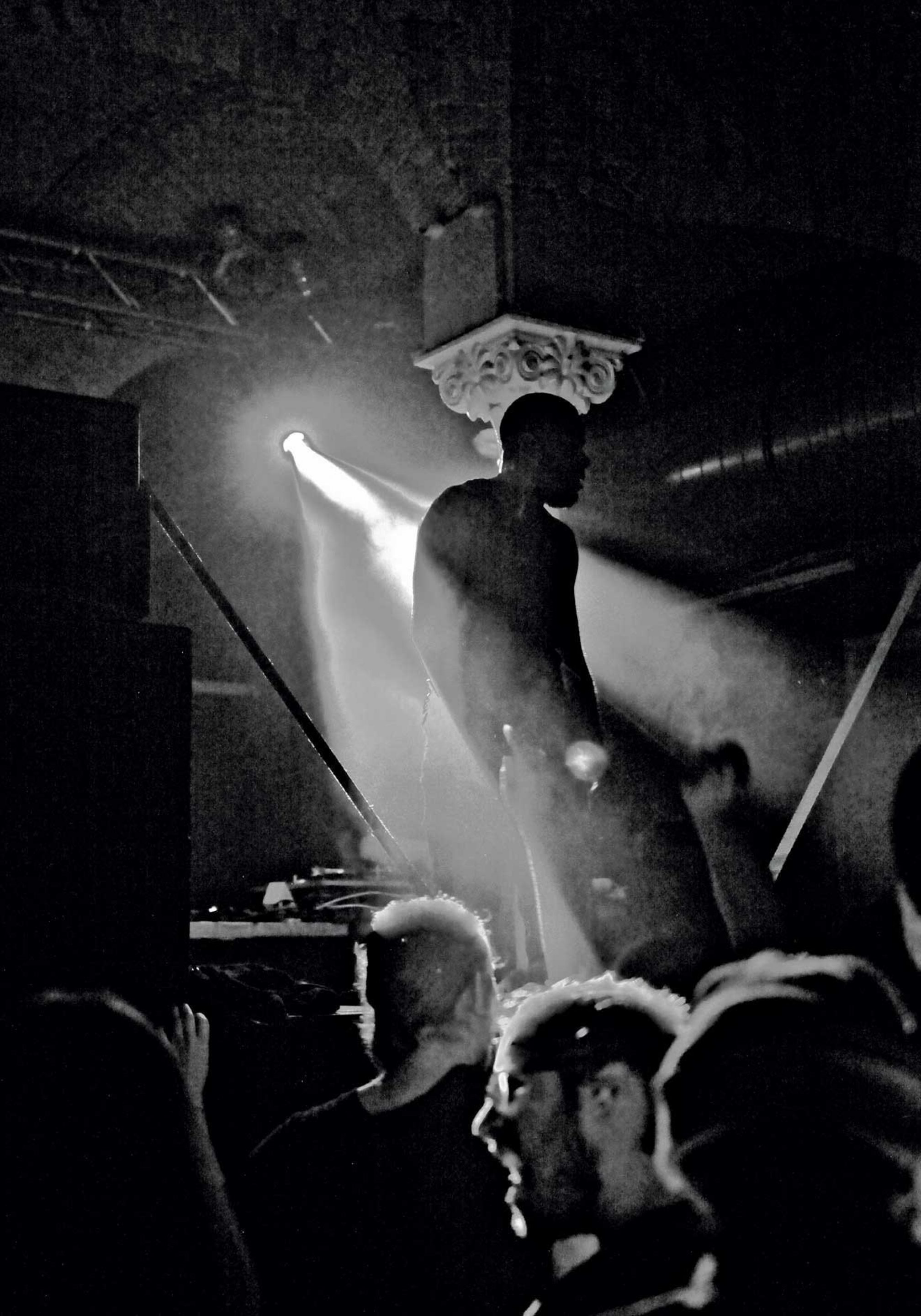 Venues like Gretchen, Yaam, and the now-defunct Horst, and parties such as Hard Wax’s Wax Treatment and even Scuba’s Substance have done good work preparing Berlin’s music lovers for Pressure. And while Martin hasn’t decided exactly how often he’ll do it, the next one is scheduled for February, and it will probably recur with a frequency of every two or three months.

“What I’m trying to recreate in Berlin is what I miss from London,” he says. “[At Sub Dub in London] in one room, you’d have Iration Steppers’ rig with various guests, dub, roots, producers or MCs. And then in the other room, you’d have maybe Coki playing. And the next room you’d have maybe Logan Sama with Newham Generals.” You’d think that no one person could be capable of delivering that kind of bass diversity, the fruits of Jamaican soundsystem culture mixed with the urban dread of London, in one go – especially in the house- and techno-worshipping environment of Berlin. But if The Bug’s first party is anything to go by, what it takes is a Londoner with his own soundsystem and an extensive list of DJ and MC friends to do it.