In 1997 she taught herself to DJ. A couple of years later, attending Louisville University as an English major, she began to channel her broad-band musical tastes into the college radio station, though her sights were firmly set on law school (“I did all my Latin,” she qualifies). Then, a call from an acquaintance from the mixtape world: Radoslaw ‘Radek’ Hawryszczuk was now a label owner and producer running Dust Traxx label out of Chicago, and he was offering her a job digitising the catalogue. Unable to resist the pull of the city that had so deeply informed the midwest scene that she’d come up in, she relocated: “Oh, I was chasing all my heroes, definitely,” she says of her decision. “By the time I got to Chicago, Paul Johnson was my favourite DJ. I was very aware of the constellations within that city – I loved Derrick Carter, I loved DJ Heather, I loved Boo Williams, Terry Mullan… those were the people I grew up trying to emulate in Kentucky”. Working at Dust Traxx and putting in shifts at Radek’s family bakery, she tried to follow in her heroes’ footsteps. And tried. And tried.

“I’d hesitate to call it even a first run. It was one long, extended attempt. Years of DJing a lot of fifty-dollar parties. Or no-money parties.” Going by a variety of aliases, including Lady Foursquare, Marea attempted to carve out a name for herself. Playing the kind of events where the banger ruled all, her productions – which up until then were written collaboratively – struggled to bite down on a sound that was her own. It stayed that way until she made a definitive break with the rave world, and turning in on herself she found liberation in her sense of failure. “It’s a cliché, but once I disconnected from what other people expected of me and poured my own experiences and heartbreaks into the songs, that’s what people connected with.” But there was a drawback: “It came with a pretty decent portion of pain,” she recalls. “I can remember my roommates walking into my room and turning around and walking right out, advising the others that it was “dark up there.” What emerged was The Black Madonna. 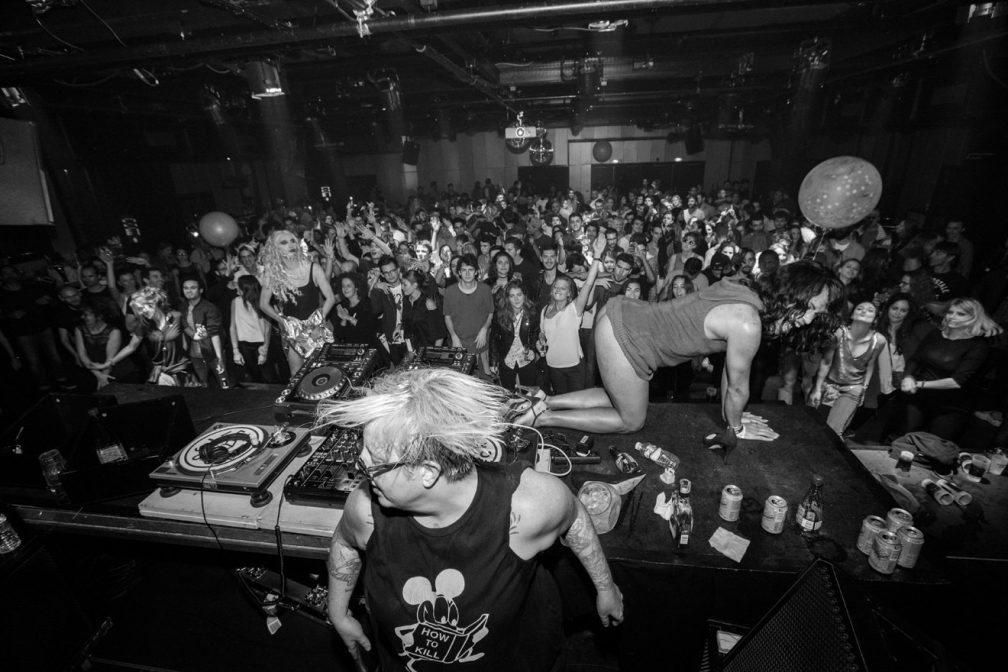 And from darkness: light. 2012’s ‘Exodus’ became a huge deal among Chicago’s house DJs and was debuted by Derrick Carter. It was the B-
side to ‘Lady Of Sorrows’, though, that really put her on the international radar: ’A Jealous Heart Never Rests’ took Marea’s sense of isolation and brazened it out in a disco strut. While the track luxuriates in a kind of gilded sadness, the label boasts two hands, clasped in prayer. Of course it clicked. Booking agents came calling, including one offering her first invitation to play in Europe. The venue? Panoramabar.