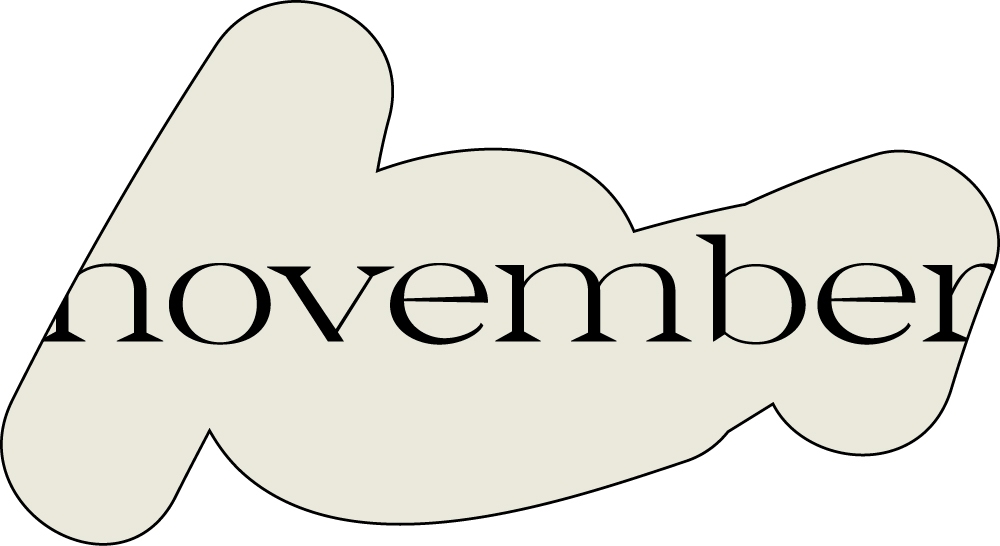 The debut collaborative release from two artists putting Nottingham on the dance music map is geared towards late-night club sets. Recently starring as a standout moment towards the end of Overmono’s Essential Mix, its wigged-out build that unfurls into a moody and hypnotic bassline is tailor-made to keep tension locked onto the dancefloor as the morning draws in.

A slightly manic club construction that will cause chaos in the club. It’s both punchy and loose, with tight foundations overpowered by the delirious textures above. This one will have you bouncing off the walls.

A slippery slice of experimental dance music from Pittsburgh’s W00dy that unfolds across six-and-a-half minutes and doesn’t let you get comfortable for a second. A sense of unstable forward momentum carries you through the duration of the track, as an eerie melody, warped vocal chops and bass throbs swirl all around.

A spiritual successor to his 2018 track ‘Ramos’ on Batu’s Timedance, that became ubiquitous on the club and festival circuit, Ploy launches his own label Deaf Test with ‘Rayhana’ — collapsing bass music and Baile funk into each other and shaping a monstrous dancefloor cut.

Chilean producer and DJ Paula Tape lands on London’s Rhythm Section for her newest release then takes off straight to Ibiza on standout track ‘Multiverso’, which stars one of the funkiest Balearic basslines of the year.

The opening track to Jake Muir’s mesmering new album on Ilian Tape sets the tone perfectly for what follows. It sounds alive, brooding and swelling, feeling comforting and overwhelming at the same time. There’s soothing tones at the fore, but the sense of a chasm below. The accompanying artwork is fitting, showing a surface of water with light and contrasting colour patterns shimmering across it. It’s beautiful, but the depths can swallow you up.

Marking a departure from the speed and slam that she’s gained a reputation for, ‘Trust Me’ is the first single from Polish producer/DJ VTSS’ upcoming EP on Technicolour, ‘Projections’. Filled to the brim with rattling percussion, eerie pulsating static and satisfying bangs on the bass drum, the track is an alluring invite to check out what’s coming next.

That sweet spot when pop so perfectly blends sexy vocals and sharp production is always gratifying, and COUCOU CHLOE’s ‘Wizz’ exists firmly upon that very specific locus. Fading in and out of a rough fidget house-esque beat full of shrill basslines and pumping drums, the French singer/producer broodingly murmurs “I watch you get high, Let it Go Let it Go.” Complimented by a video feature COUCOU rolling her eyes in the back of a Playboy limousine - just fantastic stuff, one to swagger down the street feeling untouchable to.

Timedance boss Batu is no stranger to playing with a kick drum, but for the last record on new EP ‘I Own Your Energy’ he ups the tempo, employing trickling synths and atmosphere to create something wholly distinct. In ‘Deep Breath’ the constant rhythm is a solidifying, supportive force that gives room for the various breakdowns to flit around inside your head as you try to decipher the next turn. As we veer into the ambient in the last 30 seconds of the track it feels like you are being carefully delivered to the other side. The perfect closing track.

For her contribution to Adult Swim’s ‘Digitails’ compilation, Ikonika makes a marked diversion to the deep, blissed-out world of UK funky and amapiano - with her first vocal-led track ‘No Way’. Marrying together heavy blends and floaty percussion throughout, the London-based producer admonishes a lover declaring: “Do you think you can handle me? You don't deserve this nope.” A classic UK funky track made all the more enlightening with Ikonika’s dulcet tones.

After releasing his debut mixtape ‘still slipping vol. 1’ in the summer, we weren’t expecting more Joy Orbison music so soon, but we’re grateful its here. The five-minute ‘red velve7’ feels like an album in itself with its everchanging rhythms and sense of nostalgia. “‘red velve7’ is basically me on my decks staring at my bedroom wall when I was a kid, wishing I was doing my big intro on the valve sound-system,” said Joy O of the backstory. His statement also hints at more work from the artist as it reads: “I feel like I’m just getting started btw, but more on that in the next few months.”

Our previous cover star Freddie Gibbs has teamed up with hip hop legend Jadakiss to produce the lyrical masterpiece ‘Black Illuminati’. The track is embedded with tough-talking anecdotes such as Gibbs rapping: “Lambo crashed the whip and got plates in both shoulders / If he didn’t live through that accident, this shit could’ve been over,” and Jadakiss using wordplay to highlight his victory at The Lox’s ‘VERZUZ’ battle with Dipset.

As a part of the soundtrack for the new Kingsmen film The King’s Man, FKA twigs unites with West London rapper Central Cee to produce a powerful new track. This collab paired with a dynamic orchestra and simple-yet-effective beat transforms the song into an impressive track perfect for the big screen.

French DJ, producer, and co-founder of Moonrise Hill Material, Folamour has had a successful year with some landmark gigs and a new album. In his latest release, Folamour shines the limelight on Alex Martyn’s remix of LP title-track ‘The Journey’. Iit transforms the original into a non-stop dance track, adding a deep bassline echoing throughout.

Instanbul-born producer Aleksandir has a knack for spinning tracks on their head. As heard live in the Night Tales Loft where he played alongside Kloyd and Danny Vito just a month ahead of its release, this UKG edit of Eartheater’s ‘Airborne Ashes’ bring out the delicate, pinging strings in the melodic number as the star of the show.

Longeez ‘Plague’ (Over And Out)

It only takes a minute for Longeez’s new track to fall into a ruthless, heavy breakdown. Holding true to that bass-devoted Bristol spirit, ‘Plague’ ramps up all the elements of hard breaks, garage and dubstep, and slaps them all together in this fiery 140 track.

If you’re looking for a pre-Saturday night boogie, look no further than Anish Kunar and Barry Can’t Swim’s new disco track, ‘Blackpool Boulevard’. The joint tune from the pair brandishes a sublime orchestral lead up to its dancefloor-moving, four-to-the-floor finale.

Just ahead of Interplanetary Criminal’s next EP, ‘Ruff’, which drops on December 3, he gave a sneak-peak of one of thebassline bangers leading the three-track record. Teaming up with Manchester’s DJ Cosworth, the fast-paced, high-octane ‘Trust Me’ runs riot,

Saba’s Daoud-featuring track ‘Fearmonger’ is a lyrically clever, funky, pop-rap track which takes the Chicago rapper into a new era ahead of his 2022 album. A groovy beat is accompanied by witty yet profound lyrics, building more hype for the anticipated full project.

This Charli XCX track, which features Christine and the Queens and Caroline Polachek, has a distinct 80s feel, which is slowly creeping its way back into popular music. The high snares and synths track are met with sombre lyrics about a failing relationship. This is the first time all three artists have appeared together in a track; you get the sense Charli is going all out for her upcoming album, her final with Atlantic Records.

‘2010’ is a step away from the gloomy sound that the LA rapper has carved out for himself in his latest projects ‘Some Rap Songs’ (2018) and ‘Feet of Clay’ (2019). Here Earl Sweatshirt embraces a more traditional hip hop sound and adopts a slightly faster tempo and higher sonics. However, despite this slight change in sound, the lyricism remains introspective and earnest as expected, reflecting on key memories in his life.

Nia Archives’ ‘18 and Over’ expands on her already impressive discography - this time with a shift from her typically more solemn lyrics. This breakbeat-heavy track is a real body mover, one that successfully showcases the 22-year-old’s heavy jungle influences. It displays the artist's diverse range of inspiration while also demonstrating her production prowess.