What is acid? Is it a drug? A sound? A fashion? Or simply a state of mind?

The answer is that it's a happy and coincidental coming together of all those things. In the blink of an eye in the late 80s they coalesced into a musical movement and cultural revolution of the kind not seen in the UK since the Summer of Love in 1967.

While many of the records that first defined the acid sound were made by Chicago musicians using a Japanese bass synthesiser, acid house was very much a British scene. It was people on these shores who embraced the sound and turned it into a culture with its own fashions, drugs and even its own logo. It was here that we had the second Summer of Love, here that the scene grew so strong that a very public backlash ensued and here that the government was moved into passing new laws that stamped down on raving.

But the establishment didn't win and decades later acid is still everywhere you look. Far more than just an alien squelch, acid was, and is, a lifestyle choice. As such, we present to you an A to Z history that touches on all the things that made it so….

Thankfully, there is no easier or more obvious place to start an alphabetical run down of acid house than with 'Acid Tracks', the cut that kick-started one of music's longest running revolutions. While it's true that many lay claim to having been the first, the de facto starting point is this 12-minute opus from Phuture, a.k.a Spanky, DJ Pierre and Herb J. The story goes that the batteries on the trio's Roland TB-303 were running out and, as they did, an otherworldly sound emanated from its computerised innards. Squelchy and resonant, that same sound has since creeped into everything from trance to breakbeat, pop music to techno and still sounds as weird and wonderful today as it did back then. 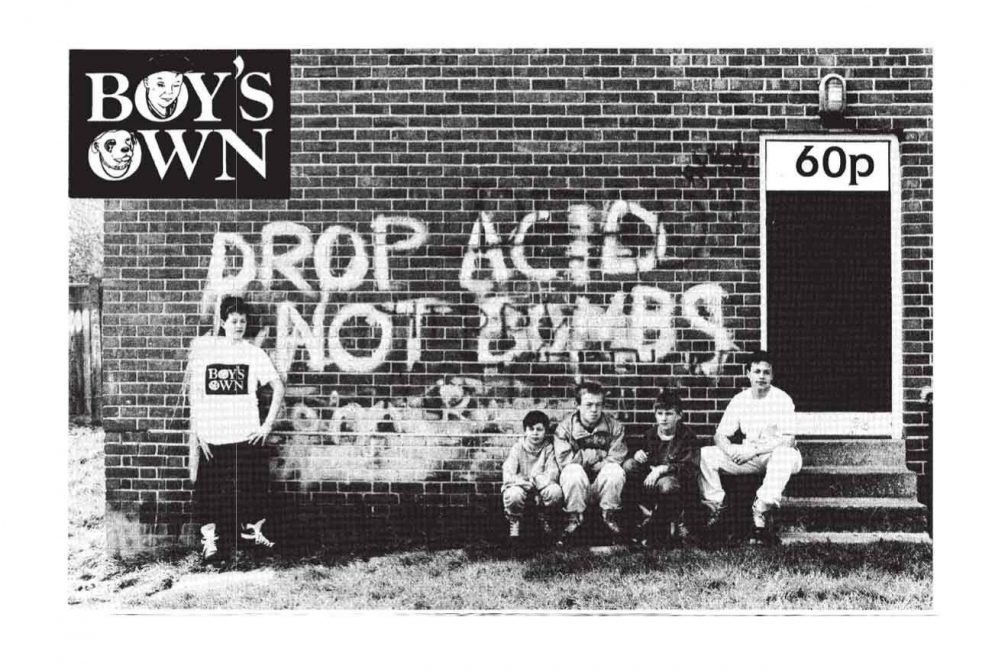 B Boy's Own fanzine

With post punk attitudes, DIY style and anti-establishment moods looming large in the air of the late 80s, it's no wonder a bunch of young yahoos took it upon themselves to document the emerging acid house scene. Joining the dots between the clubs, the football terraces, the fashions, banter, slang, sounds and drugs of the day, Terry Farley, Andrew Weatherall, Cymon Eckl and Steve Mayes only managed 12 issues in six years between 1986 and 1992, but that was enough to cement their place in acid house history.

Did this LP, produced in Mumbai by an ageing Bollywood session musician in 1982, pre-date acid house as we know it? Debate still rages today, and it's clear to see why once you've heard even the smallest snippets of the futuristic way in which Singh was manipulating his 303.

Danny Rampling and UK acid house go together like Boiler Room and anarchic chat rooms. After a much mythologised trip to Ibiza in '87, Rampling returned home like an intrepid - though rather more free-spirited - 16th century explorer, keen to share his spoils with the world. Those spoils were a Balearic musical spirt where anything goes, a penchant for ecstasy, baggy fashions and smiley logos, and together they added up to Shoom, the legendary parties that very much marked the launching point for what would become acid house in the UK.

Before acid and the drugs that went with it, clubs in the UK were notoriously bleak places where people went to "fuck or fight." The clothes were dour, the music was worse and a nondescript greyness characterised most of the people who were out past 9pm. When acid house took hold, people began to smile, come out of themselves and treat the person next to them on the dancefloor as an undiscovered friend rather than a threat to their territory. With acid's carefree attitude came a much more open approach to fashion. Clothes got baggy, colours grew ever more garish and the worlds of music and art collided ever more frequently, with hugely unpredictable but enduringly popular results. 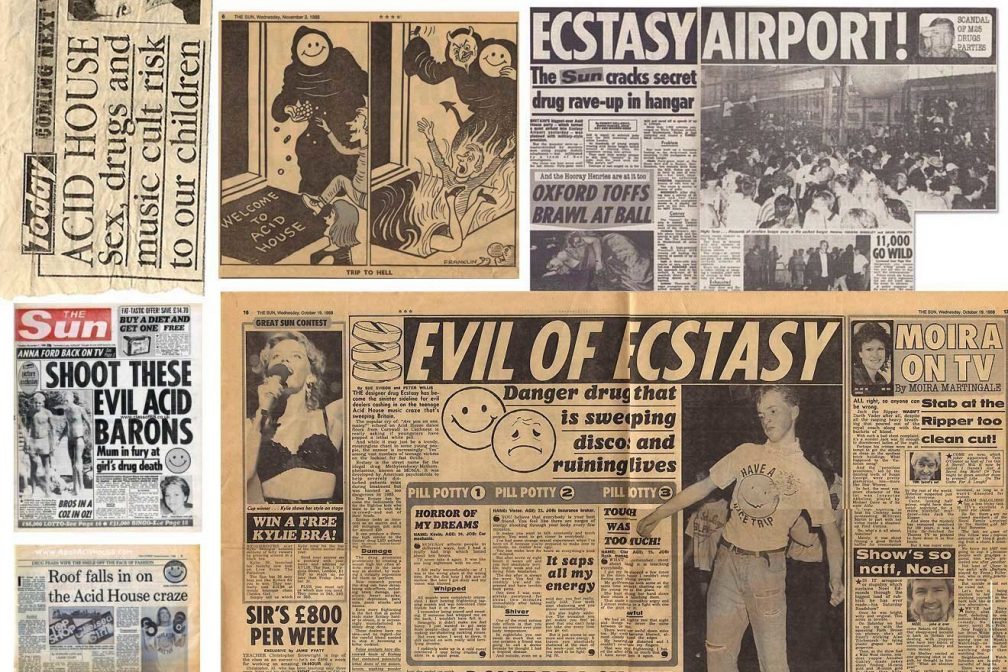 It's fair to say the UK establishment (read: national press and the government) fears what it cannot control. And so Fleet Street ran headlines like "ACID PARTY ARMY OF BASEBALL BAT BRUTES," "£12 TRIP TO AN EVIL NIGHT OF ECSTASY" and "SHOOT THESE EVIL ACID BARONS" in the late 80s. Despite being intended to terrify people into action, to encourage parents to lock up their kids and generally make the populace kick back against the acid movement, it actually seems like some of the reporters were having as much fun as the ravers themselves. Amusingly enough, of course, The Sun now has its very own Clubz section, so it's clear who won that little battle.