As the sun approaches the evening’s final descent a haze appears at the horizon granting a matt effect to the pinks, purples, oranges and blues that serve as a spectacular, dynamic backdrop to the Mediterranean and the nearby Illa Sa Conillera. This side of Ibiza is a place to forget the billboard-plastered roads, boxy apartments and the epic production of the famous clubs. The light show here is eternal, and all natural. Romantic diners silently cradle wine glasses while locals, many from the Island’s still populous affluent hippy set, pick at sumptuous tapas on the terrace. Backpackers and clubbers in warm-up mode or on a night off congregate on the rocky cliffs before the venue. Every eye is drawn to the horizon.

“Ibiza is like a microcosm of the whole world,” says a slouched, smiling Gerd Janson who’s relaxing after playing the monstrous Amnesia the previous night. His long-earned reputation as a DJ has seen his profile skyrocket in the past four years, and as a result he is now a regular feature in the clubbing calendar here, appearing yesterday alongside Sven Väth and with several DC10 dates forthcoming. “You have hyper-capitalism next to hippie artistry and organic farming. Some people sleep on a balcony and work all season as a barman, some live in tune with nature, others stay on superyachts.” But over 30 years since DJs like Alfredo and José Padilla first invented the boundaryless playlist for a liberal-minded escapism that established the island’s modern reputation, it’s now awash with tourists, its music largely streamlined to variants of house music. Does the original spirit of Ibiza even still exist? 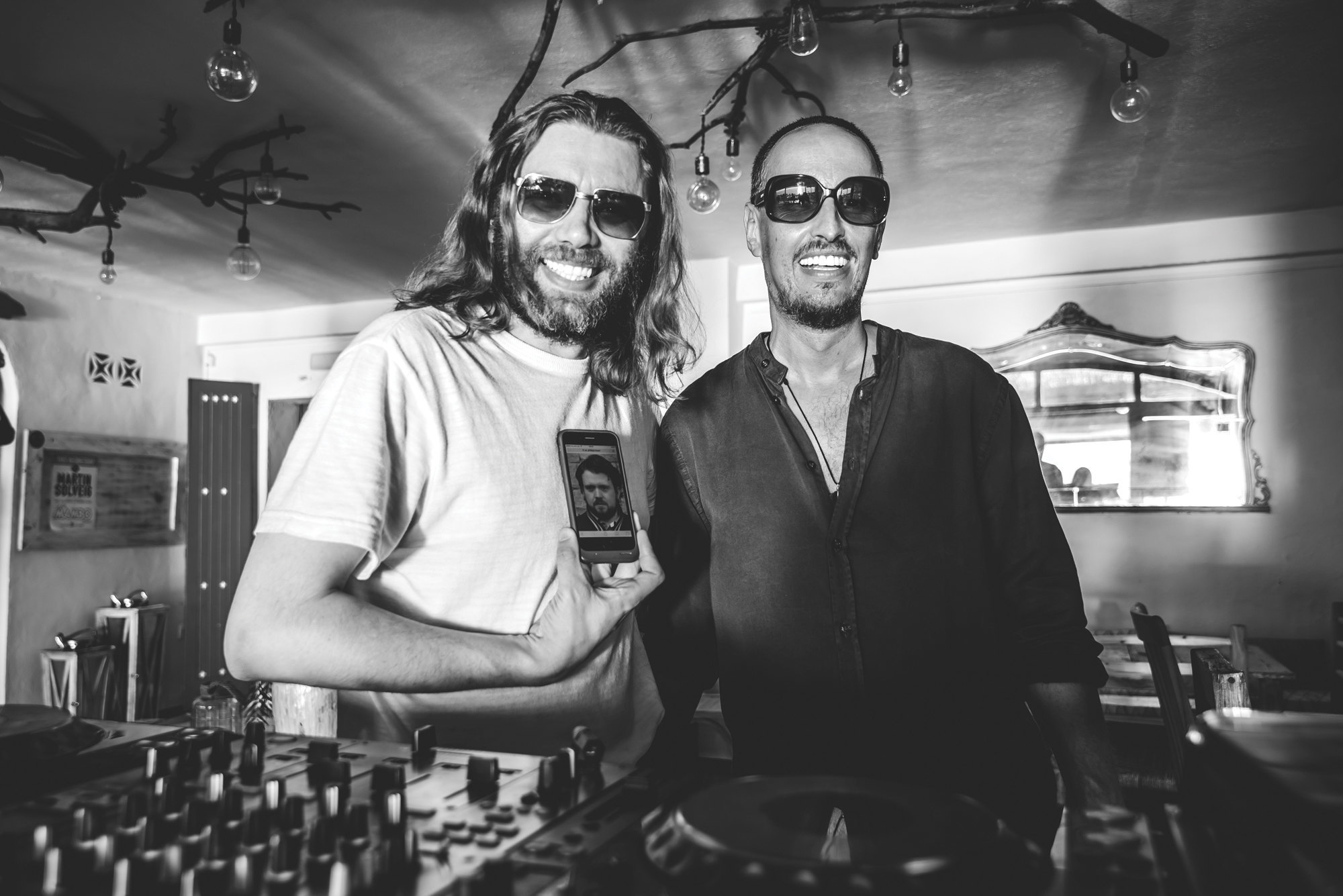 One person who believes it does is Mark Barrott, boss of the none-more-Balearic International Feel label, whose atmospheric and eclectic DJing is a throwback to that original vision and currently soundtracking this evening’s sunset. A raw food-eating resident of the island’s calm, rural centre for four years, he’s the third member, alongside Tuff City Kids Gerd Janson and Phillip Lauer, of Talamanca System.

As label-owning peers, Janson and Barrott’s relationship dates back almost a decade to a time when Janson was still writing about labels like Mark’s then recently established imprint. Their first meeting occurred four years ago, on Ibiza, during Gerd’s downtime from DJing. “Mark had this synthesizer he wanted to give me...” explains Gerd.

“I was still in my giving stuff away phase,” interjects Barrott, smiling and flashing his impossibly white teeth. “If I have something for a couple of months and don’t use it I like to give it away. A lack of possessions is something I’ve learned having previously moved to live in Berlin, Italy and Uruguay.”

“Yeah, I thought, ‘The guy’s just weird’,” says Gerd, much to Mark’s amusement. “But Mark kept insisting. So, I said ‘OK, I’ll take it, but me and Phillip are going to do a remix for you with it’. That track turned into the first Talamanca System record.”
‘Balanzat’, named after a nearby town, followed well-received releases by the likes of DJ Harvey, Gatto Fritto, Steve Cobby and Mark’s on the label. It proved so successful the trio decided to reconvene, Mark dropping by their studio after a visit to his German dentist in order to further the collaboration. The result is their debut album, most of which was recorded in a single day.

“Mark arrived in the morning,” says Phillip Lauer, who is easily the quietest of the three, his dry humour the equal of Gerd’s, his sarcasm even more deadpan. “We went to this specialist supermarket Mark insisted on, then the studio. We recorded and recorded forever, had some magically cleansed water that cost $20 and some raw zucchini, then in the evening he was tired and had to go to bed. I think we recorded another Tuff City Kids remix after he went to sleep.”

“I find their work-rate and attitude really refreshing,” confesses Barrott. “It’s like, ‘We’re done, let’s move on.’ Whereas I’m like, ‘What about the reverb on that snare?’”

“I travel so much,” says Gerd, who refers to the synth playing Phillip and Mark as ‘the noodle department’; “so when I actually get around to doing stuff I get obsessive with it, trying to get it done.”

“Surprisingly it turned out well – we somehow met in the middle,” says Lauer. “Even though Mark was kind of insisting on putting animal noises into everything.” 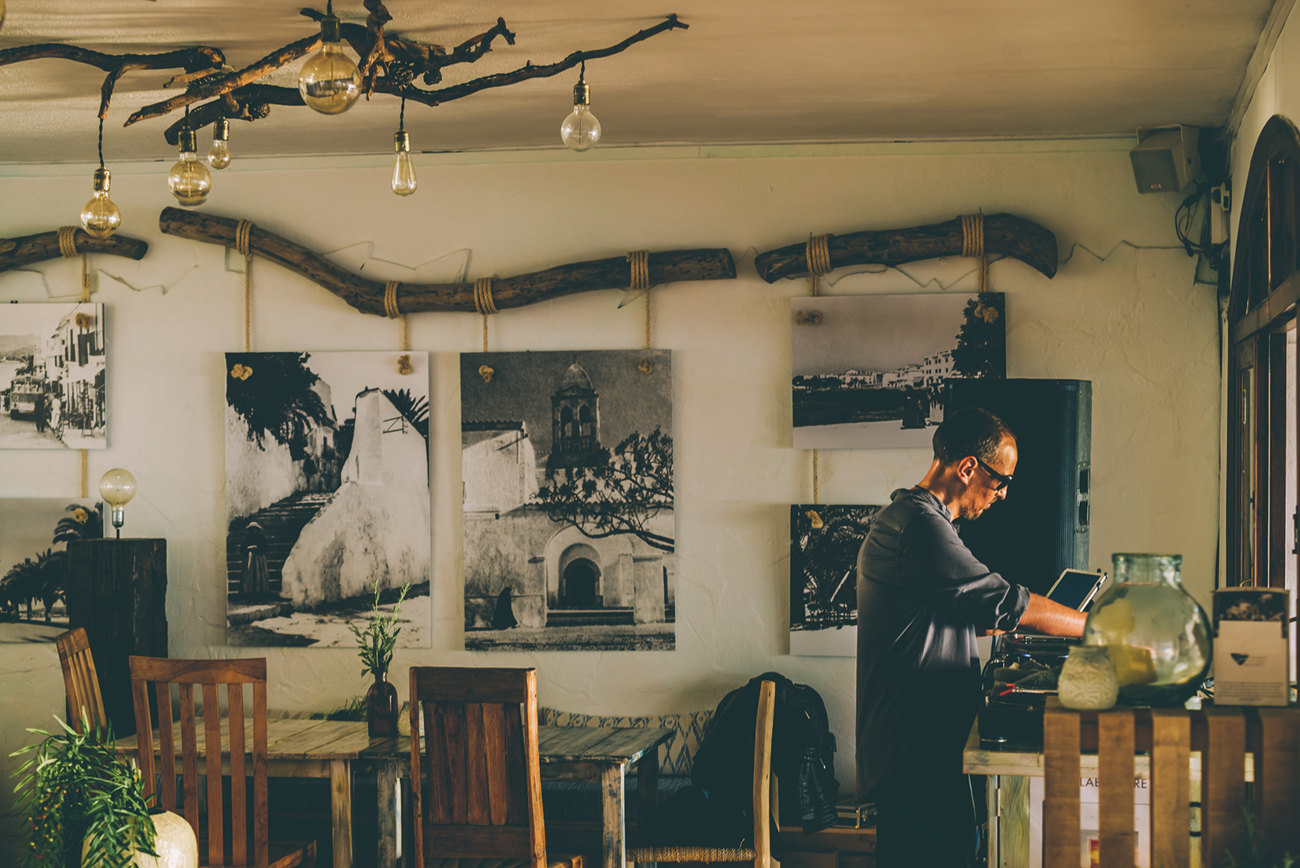 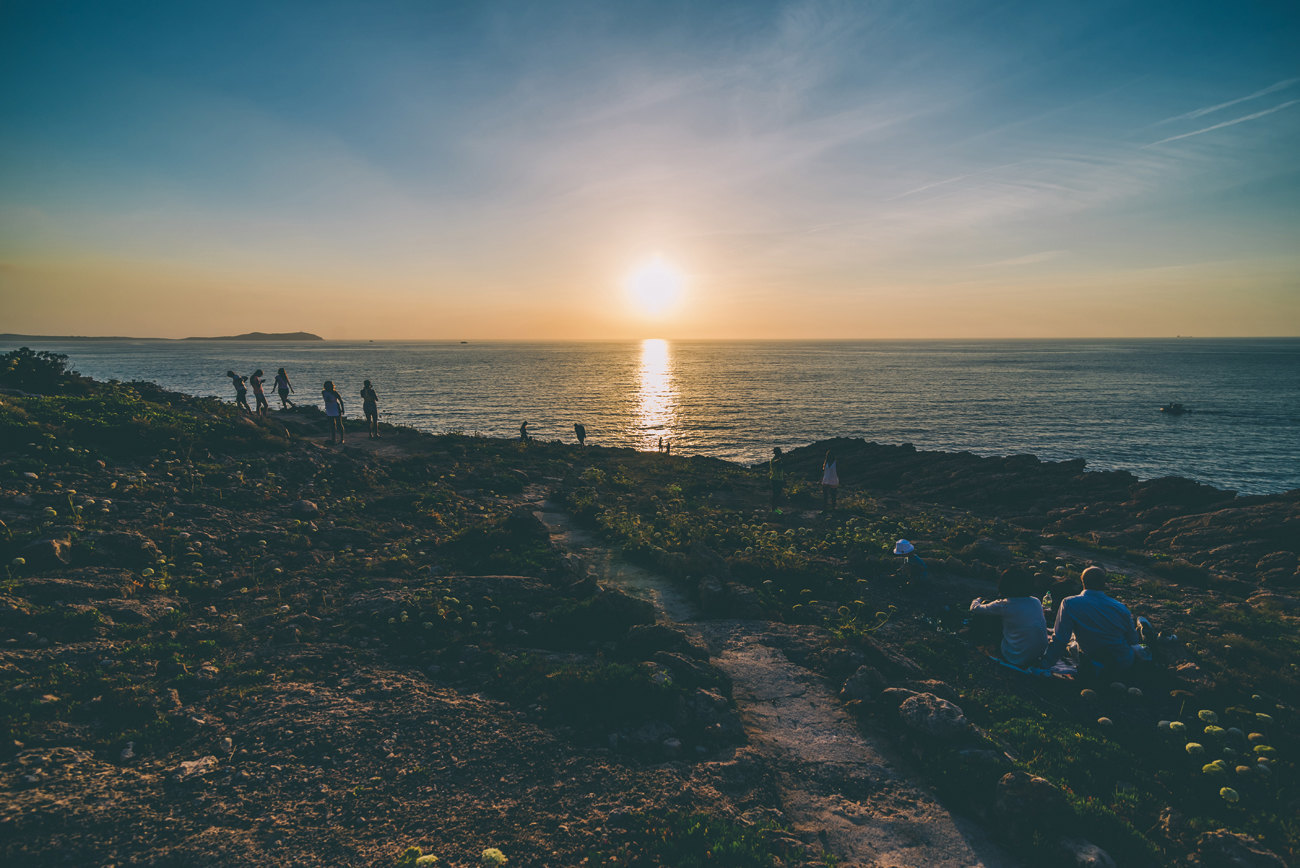 The resulting album does indeed sound as you might imagine a collaboration between the contemporary Tuff City Kids and the Balearic throwback of International Feel would. With added animal noises. Synth-heavy and very modern, its reference points are nevertheless proto and acid house with, aside from two beatless interludes, a corresponding emphasis on strong percussion. It’s more directly dancefloor-oriented than the chill out side of Ibiza represented here at Mark’s residency, which, along with the nearby Pikes Hotel, is leading a small renaissance back to island’s late-80s party ethos. Yet it’s also a million miles from the brash, immediate sounds demanded by clubbers on limited time in Ibiza’s famed clubs. “It has a kind of nostalgic view,” agrees Gerd, “but it’s like a vision of what it could have been like here. It’s a fantasy, basically.”

“It was fun to do. I’m surprisingly happy with it, which I rarely am with the things I have a hand in,” says Gerd when we ask him if the collaboration will be repeated. “But making music to me often feels like a very self-indulgent thing. There’s already so much out there. Does my voice really need to be heard?”

Certainly there’s a demand: Tuff City Kids are among the busiest and most prolific remixers around. Then there’s his 15-year-old Running Back label, consistently one of Europe’s best house imprints over that period despite releases coming thick and fast. Mark Barrott’s similar success with International Feel, not to mention his productions in mainstream pop music (which he refuses to detail, citing non-disclosure agreements with major labels), is also perhaps a stumbling-block to further collaboration. 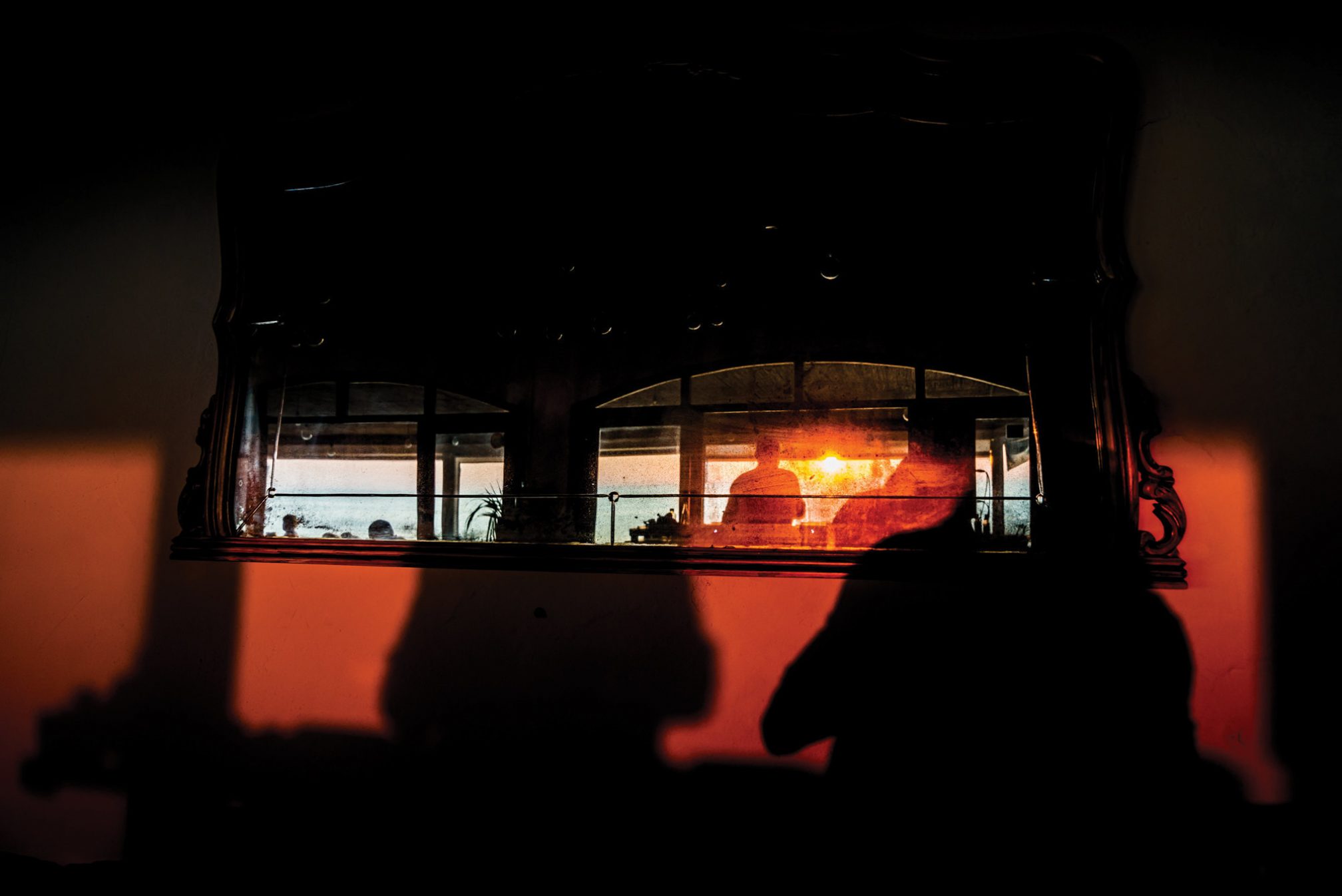 But it’s perhaps not only time constraints that make any future work seem remote. For between Tuff City Kids and Mark Barrott lie cultural, musical and personality differences that make the completion of this album seem entirely remarkable. Raised in Sheffield, Barrott released his first album as ambient-edged d’n’b outfit Future Loop Foundation some 21 years ago. Pursuing the project until 2008, getting married and moving to Europe along the way, he also scored a job as a music consultant and streaming service builder for international hotel groups like Radisson, Marriott and Sheraton.

“I was travelling the world for three years, fifty-one weeks of the year,” he says. He’s significantly older than his German friends; his clubbing heyday was witnessing Graeme Park at the Leadmill and Winston and Parrot’s nights in late 80s Sheffield.

“I’m not too much of a throwback guy, even though I studied history, and I love a story about Paradise Garage or Alfredo as much as the next man,” says Janson, in contrast. “I believe in what DJ Harvey said: ‘The good times are always now’.”
Barrott admits the nearest he now gets to the club scene is his label’s releases, the next one of which he regards as his best work. Naturally Gerd disagrees, muttering that it’s his worst. Barrott’s jaw drops in mock offence.

“Damned with faint praise by Mr Repetitive Beats!” he counters. “The B-side is Indian classical music,” he explains.

“I like the B-side,” clarifies Gerd. “The A-side is totally Gilles Peterson. Rain dance music.” 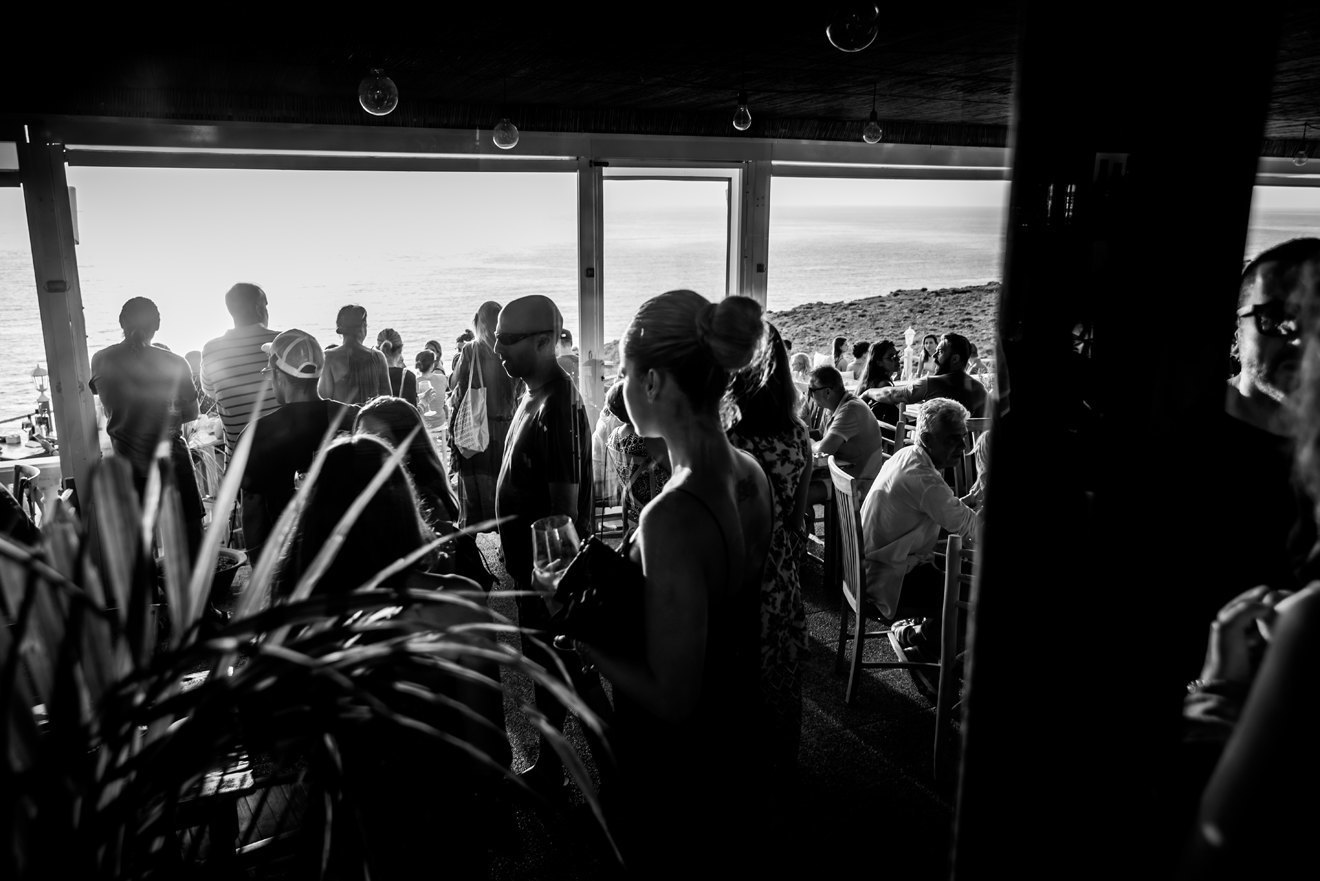 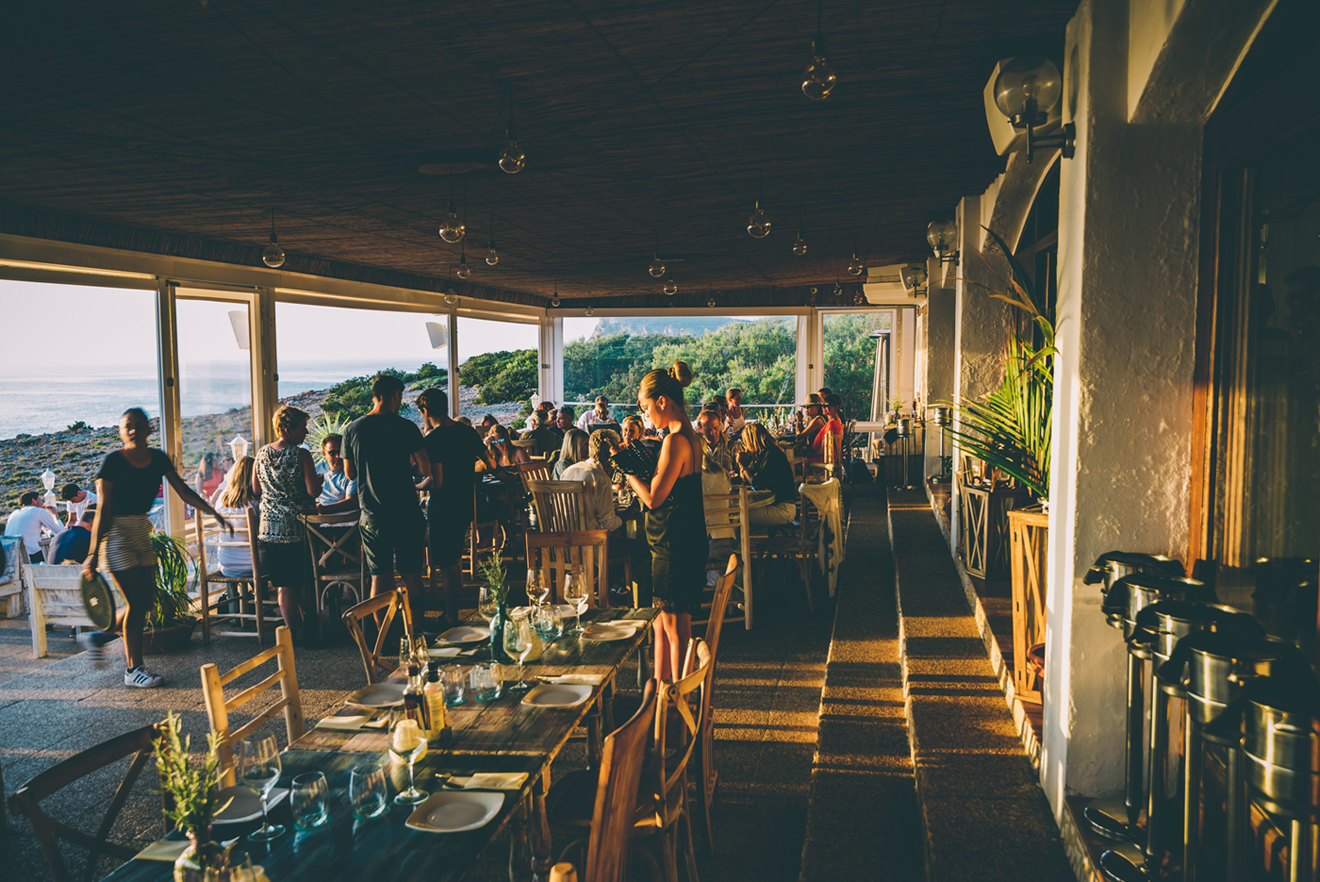 “It was good,” answers Gerd when Mixmag takes the opportunity to ask how the night with Sven Väth went. “Mark would probably have hated it. Mark, when was the last time you went to a discotheque?”

“What?!” asks Barrott, an assumed horror to his tone. “When was the last time I subjected my perfectly attuned ears to torture?”

“Yeah,” counters Gerd, “when did you last see kids dancing?”

“You’ve never been to DC10 or Amnesia? Ever?” enquires Gerd.

“Why would I?” replies Barrott in earnest. “A lot of modern bass music is just digital noise.” He clearly doesn’t share Janson’s love of techno. “There’s no music in it, no melody, no heart. I don’t think people will look back on this very recent period of music with much love.” 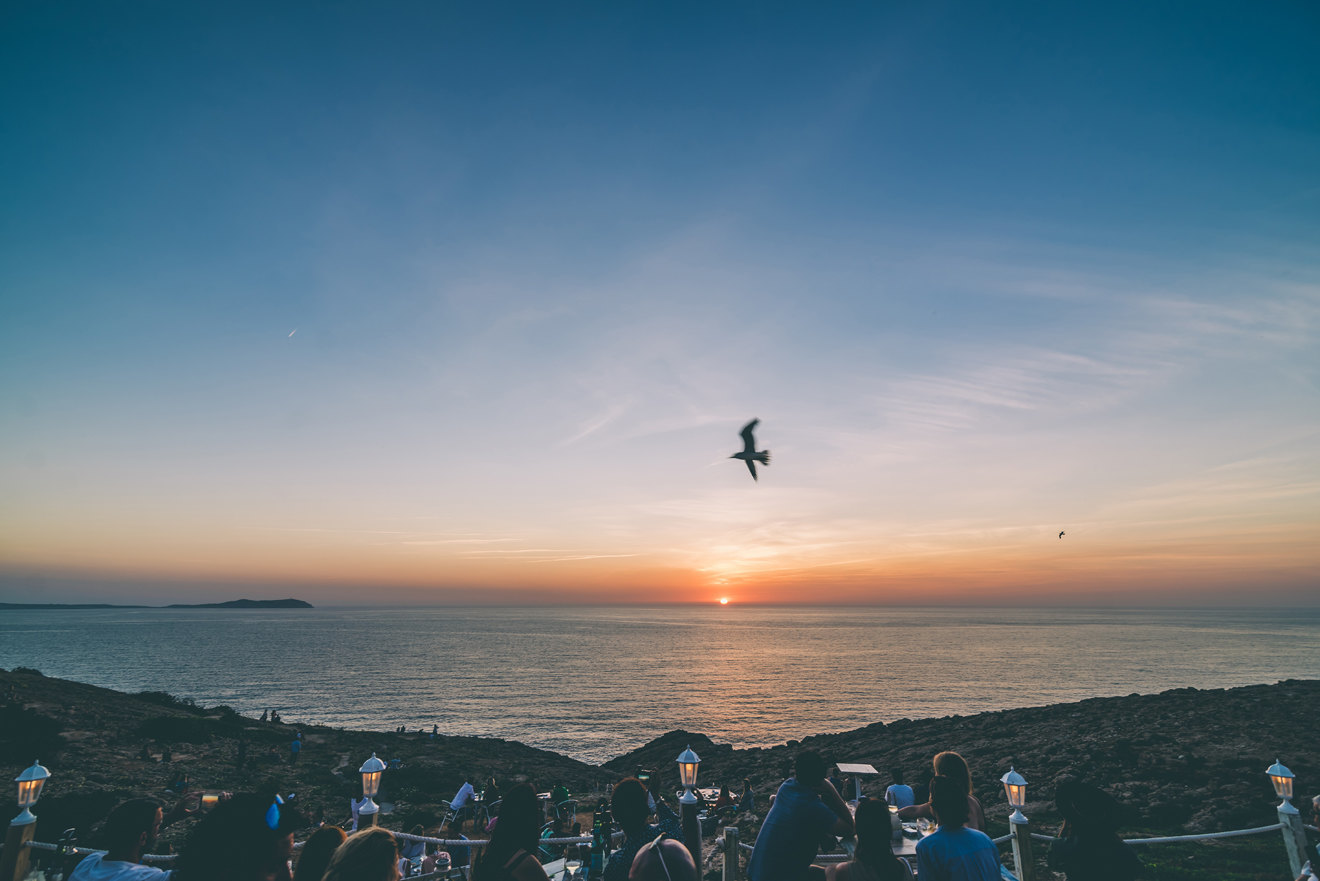 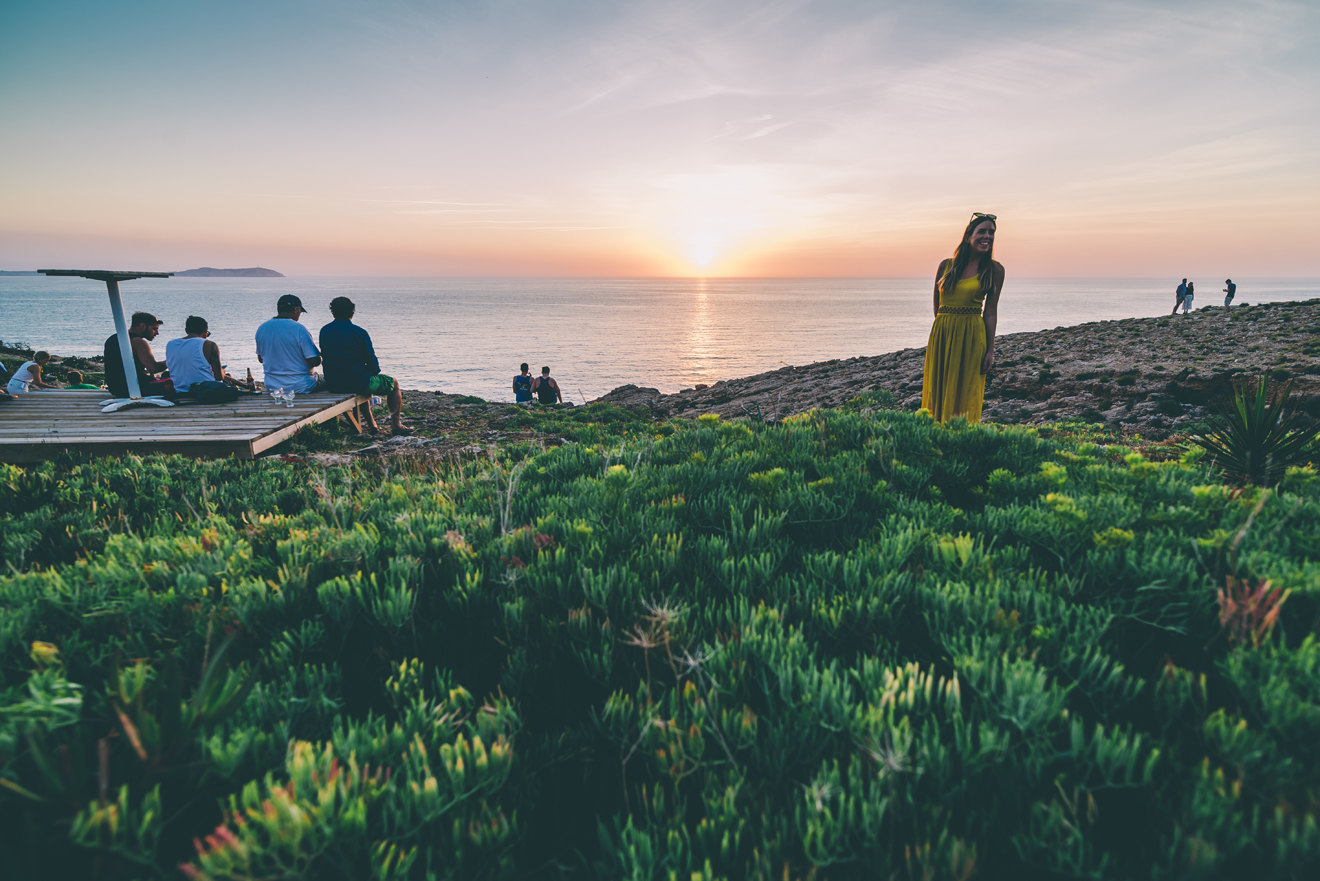 Their bickering is near-constant, but with a strong undercurrent of affection. Whether that’s enough to prompt a return to Talamanca only time will tell; all the more reason to cherish them while they are here. Mark’s set moves through ambient excursions, Grace Jones’ ‘Slave To The Rhythm’, Lemon Jelly’s re-edit of Chicago (‘Soft’) and our personal highlight, ‘Steppin’ Out’ by Joe Jackson. He somehow manages to tranquillise and energise the audience in much the same way as his lauded compilation for the venue, ‘La Torre Volumen Uno’ did last year.

When the sun finally disappears from view, a cheer and applause rises from one corner and ripples out across the crowd. Jesus. Ibiza. Damn hippies. Are people seriously applauding an inevitable, interstellar happening that has been occurring, irrespective of minor audience appreciation, not only on every day of their lives but for millions of years prior? No. A guy took advantage of the moment to get down on one knee and propose (she said yes).

We feel a bit ashamed of our momentary, jaded cynicism.

Looking over this beautiful vista, listening to Talamanca System, perhaps it’s easy to believe that the true spirit of Ibiza does still exist, as eternal, immutable, and inevitable as the sunset.