Unless you've been hiding under a rock in the middle of a desert somewhere, you'll have heard the news that dance music's liveliest super-group, the Swedish House Mafia, are back in town and ready to go. The three big-room titans, Sebastian Ingrosso, Axwell and Steve Angello, made their comeback at Ultra Music Festival earlier in the year and now they've hinted that they're going to make a full scale return towards the end of 2018.

The three's mainstream popularity is undeniable but before the reunion, they were working on different things and Steve Angello perhaps went down the most underground route of them all. Breaking off from Axwell and Ingrosso as they toured the world as a pair, Angello focused on his own solo projects from 2013.

He released two albums, 'Wild Youth' and 'Human', both of which dropped via his ever-expanding Size Records. He's a regular at Creamfields and with more new music about than ever before, Angello's performance at the festival will no doubt have revellers flocking to go and see the Swede.

We caught up with Steve ahead of his set there.

You’ve been away from the music and social media scene for a bit, what prompted this break?

And how does it feel to be back?

It's good, you know the album came out a couple weeks ago, I'm ready to tour – tour starts next week and then I do like 60 shows subtotal.

So you're refreshed and ready to go?

I'm stronger than ever.

You’ve just released your new record, ‘Human’ which has a biblical feel to it, like on ‘Rejoice’ there’s a sampling of a pastor/minister preaching – what did you want to say with this record as a whole?

I think it was the way that it's inspired me in the beginning. I came off the last album, I toured for 15 months, came off and I felt empty in a sense, I took some time off, started hanging out with family and friends and then on my way to the studio, there's a church. So I started going to church on my way to the studio just to get some peace and quiet on my way there because I was the only one going to the church. And it was really like a special vibe because I came and the church was closed on normal days but I always knocked on the side doors and they always let me into the church – I sat there alone for a couple of hours before I went to the studio. You know it's so great and empowering and strong and you can collect your thoughts and think a little better. 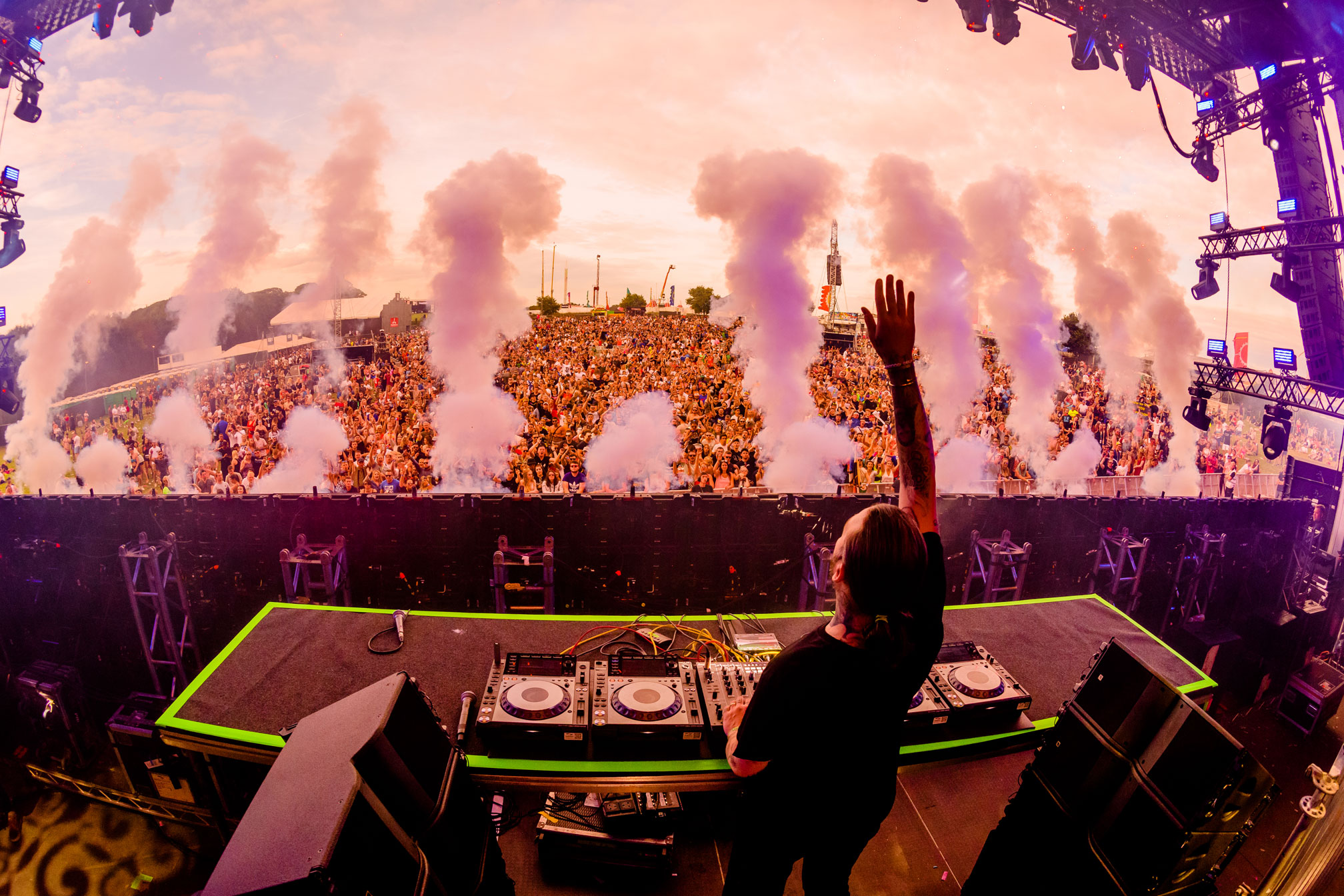 Are you religious/ spiritual?

Yeah, to a certain extent. I don't go to church every Sunday but I do believe in higher powers and I also believe in the power of the human. I think in certain parts of the world religion is very useful and I think it's really beautiful – the belief of a creator is really powerful and I'd like to believe that there's something there. And I think in one sense it might sound weird but you're kind of the creator of your own world. So I think, regardless of beliefs and religions, you're kind of your own god; how you get your life and then make decisions on your own and so on.

Throughout your career you’ve been able to navigate both mainstream pop and EDM with great success, would you like to continue doing more of both genres or can we see you going down one path more?

I'm just going to be me you know? I'm not very fond of fitting and trying to write pop songs, because you know when we did the Swedish House Mafia stuff and it became so successful, those songs were songs. They weren't supposed to be successful, we had no idea. But the difference today is that a lot of people sit and they write a radio record because they want to be like, “yeah I need a hit so I can tour.” The difference is if that's your plan, it doesn't come from the heart and I feel like that's a little deceiving. So for me, I'm just going to create. So if one record pops more than the other that doesn't mean I'm going to put a song on it for it to hit the radio. I've never done radio edits; they asked for this album to have edits and I said, “if you want to play it, cut it yourself.”

You’ve said you like to challenge yourself, how do you do this and why do you think it’s so crucial?

I believe in creativity. I think it's the more you create and have fun the more you learn you know? So the more I just sit and create, the more I try to reinvent myself and dive into sounds and techniques I haven't done before, the more I learn and the more experienced I am. To sit and create a top 40 record is easier than making an underground techno record because there is a mathematical formula to it. It's a pretty easy formula. But I respect the peers that I grew up listening to. Prodigy, Pink Floyd and going down that whole route. So for me, it's always like I've seen these guys come with these albums that are mind blowing throughout my whole career. 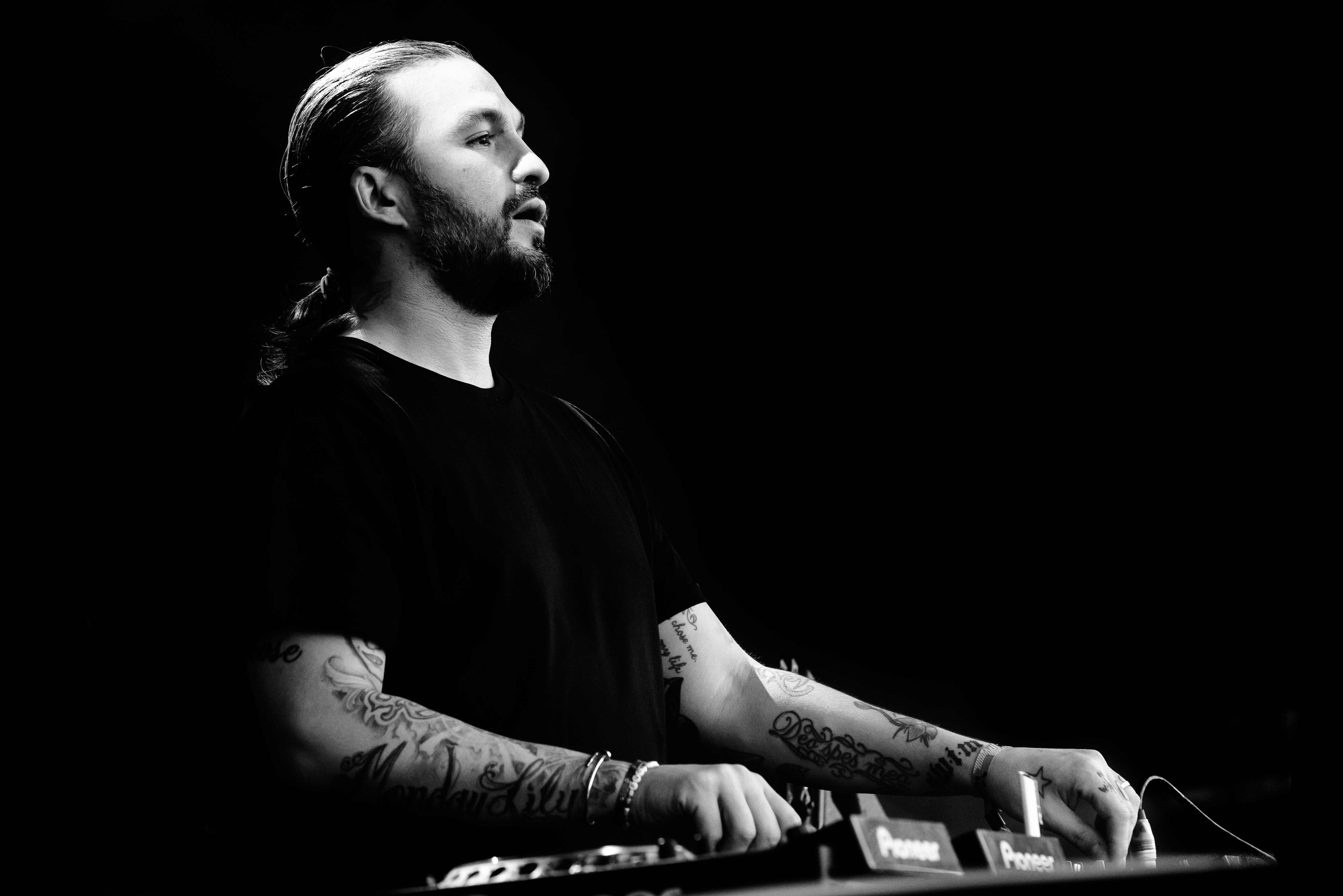 You recently played Steel Yard for the 2nd time – how does this differ from other stages you’ve played in the past?

I love the structure. I like the view, it's not just the crowd. I like architecture and stuff and I think it's just a beautiful construction. And I think it has a great energy it's nice that is can do up on top of the city where it's not supposed to be. It's like you can move it around and it has a great vibe to it so, it gives me a lot of technical advantages because I can use the whole structure. So I can have a lot of fun with this.

You’ve become a staple of the Creamfields line up – what makes this festival special to you?

What have you got planned for your set there this year?

I’ve heard you’ve got a new live show could you talk a bit more about that?

It's a mixture of DJing and performing live. So it has some DJ parts in it, but then it's also sequences, drum machines, there's a lot of visuals throughout the show – done live while I'm playing. That is co-existing with the music and the drum pattern and stuff. It's a really nice, technical show and it changes tempo and it has a little darker stuff in it as well as more melodies. It's a really fun show.

You can catch Steve Angello at this year's Creamfields, grab tickets here