Following her upbringing in Tbilsi, Georgia, the bedrock of Brooklyn is where Saze has laid her roots. She has a wildly impressive range, from big-room industrial techno to minimally ambient soundscapes. In 2017 she launched her record label, Dusk & Haze, where she debuted her LP 'Solace' as the label's first release. Saze also had a release on Get Physical, with her track 'Fall' appearing on the label's Words Don't Come Easy compilation.

Since then, Saze has emerged as one of the premier techno producers in New York, bringing a progressive edge to any dungeon dance floor. As she continues to rise through the underground, Mixmag caught up with her to reveal her unique approach to dance music and DJing.

Scope an exclusive mix by Sophia Saze, where she drops a staggering 56 tracks in 56 minutes, along with a Q+A and track list below: 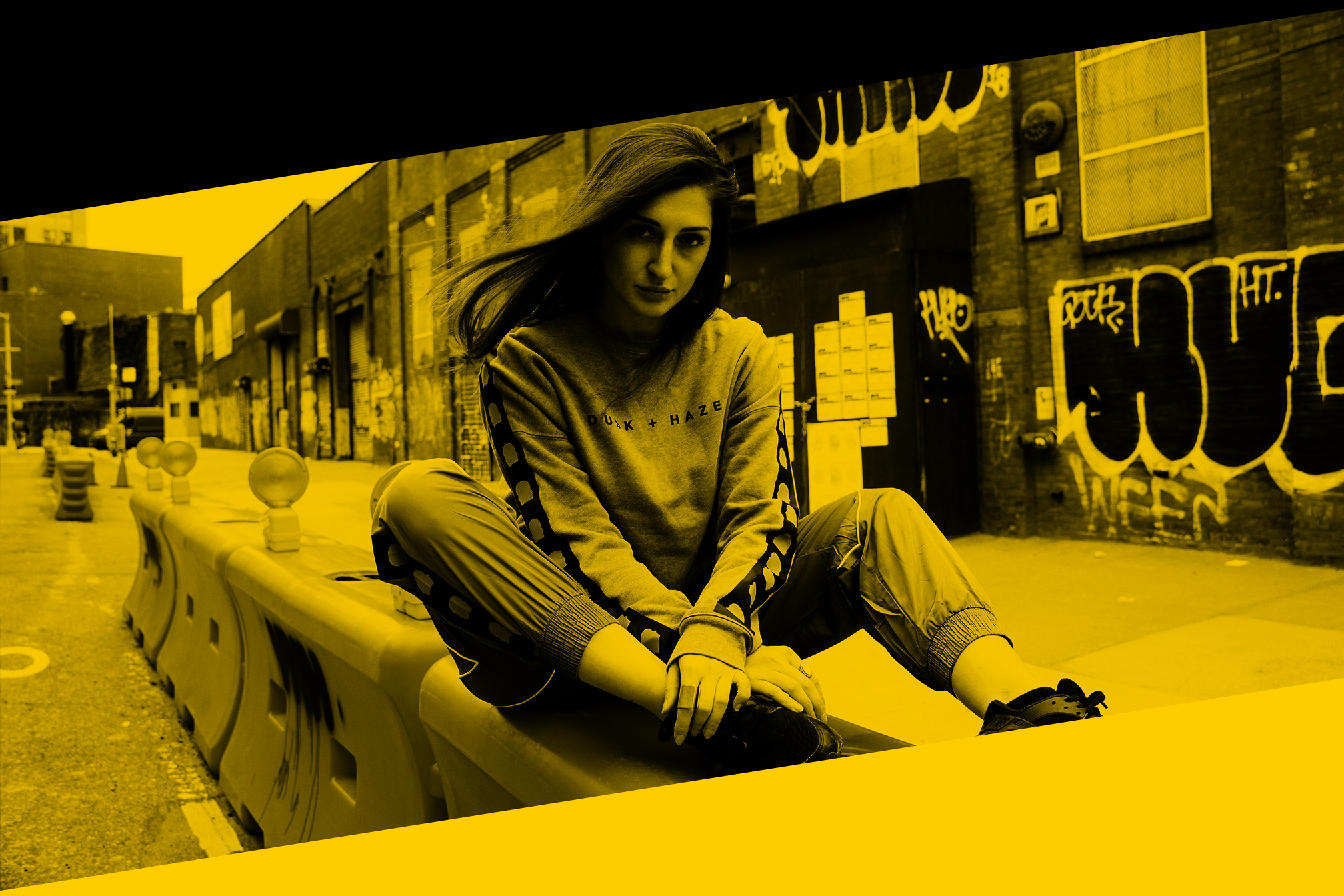 What are some of the early electronic records that made a serious impact on your sound? When did you start diving into the world of electronic music?

My musical evolution is different from most DJs. I didn't get into electronic music by going to parties, nor by DJing. I first started by producing and wanting to understand how to write all of my favorite tracks. That was my initial driving force and still is. I started familiarizing myself with the genre during high school in Philadelphia. There were these flea markets and I'd spend weekends picking up random CDs. I'd become obsessed with an artist and dig into ripping the rest of their work online. I still tend to do the same today. I'll get sucked into someone and latch onto burning through their entire discography.

My first few influences were straight classics, Massive Attack, Boards Of Canada, Chemical Brothers, Aphex Twin. I was religiously following the work of Miss Kittin and The Hacker. I remember being 15, hearing her voice on a track for the first time at this older nightclub in Tbilisi, Night Office. I was searching for it avidly, 'Madame Hollywood'. I definitely stepped in from a broader angle, and as my depth evolved my preferences became more particular.

At some point, I started listening to artists like Autechre, Dopplereffekt and Squarepusher. Dopplereffekt 'Gesamtkunstwerk' is probably one of my all time favorite electronic albums. I'm attached to almost anything out on Warp. Aphex 'Windowlicker', I don't care if that's not heady or deep enough because it is by far my favorite track ever made. I got into club dance music in my university years, particularly house in the vein of Chicago. Phuture 'Acid Trax, Model 500 'Night Drive', Derrick May 'Icon'. I began following a lot of IDM also, like Brian Eno and Global Communication. Thom Yorke, I guess he's my all time hero in terms of a figure who epitomizes the true essence and natural core of artistry. Drexciya 'The Quest' always blew my mind. Royksopp 'What Else Is There' is probably the one that hooked me.


How did you first get into DJing and producing? Can you tell us a little about your first music project?

I didn't start as a DJ. My ex-boyfriend in college gave me a copy of Logic 9. I wanted to learn how to record my classical piano stuff at first. Coincidentally, I started going out a lot more during that time, especially upon moving up to New York. I began producing and releasing music under various aliases. I prefer not to talk about those projects now just because so much of it should've been quality controlled, but there's no shame in learning. Eventually a friend of mine told me that in order to push myself further in electronic music, I would have to learn how to DJ. Huge shoutout to the homie Misha. He invited me to this after hours in, Beef Cuts. It was the most disgusting place and I loved it. That spot was the foundation of me becoming a DJ. 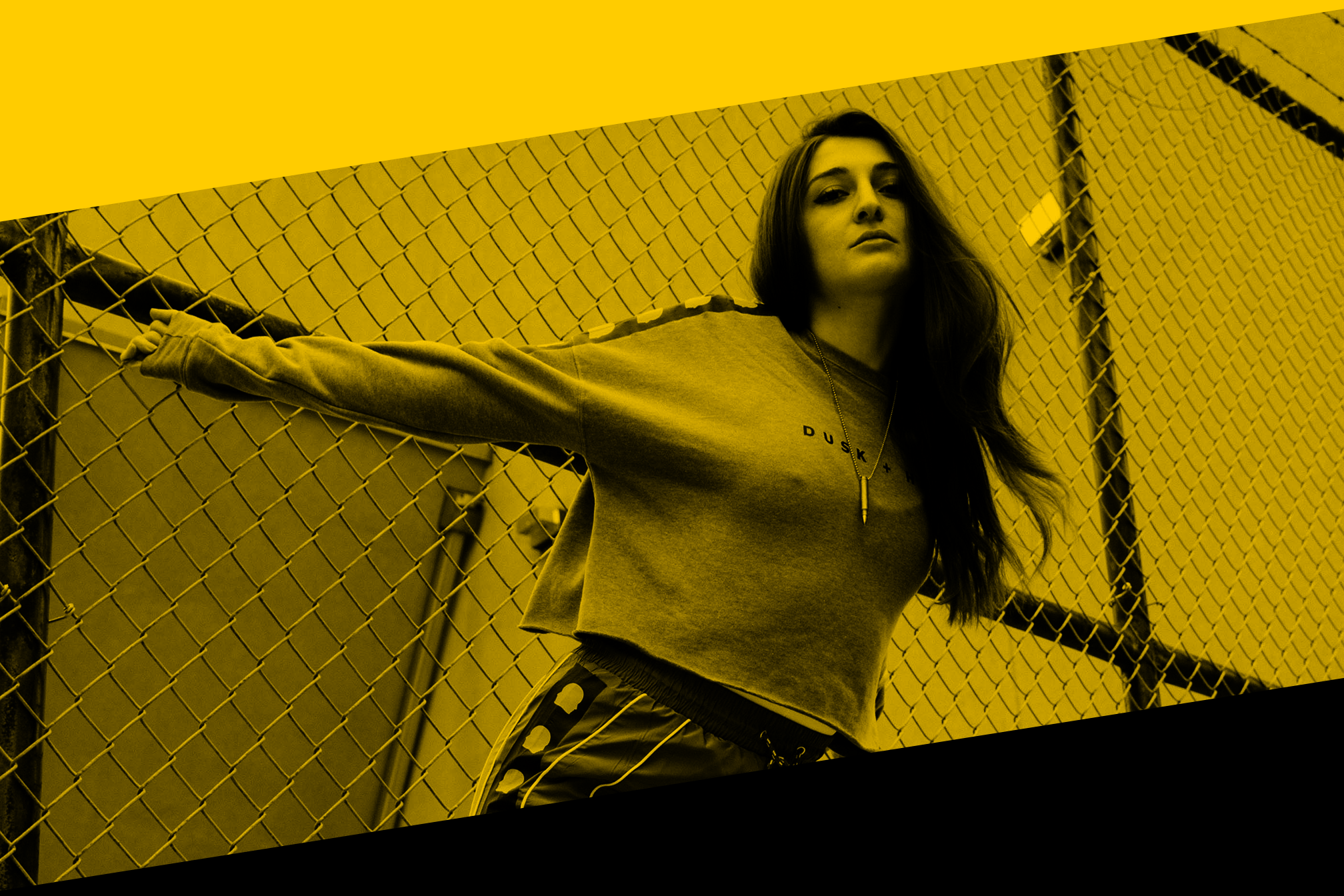 You've been running your Dusk & Hazer label for the past few years now. What is the vision behind the label? What is the music you aim to showcase?

It'll be 2 years this fall, as we were only promoting events until then. The concept is to create a platform for a wide array of projects stylistically. I don't want to showcase one strain of music and I'm completely turned off by linear work. That may suit other labels but not us. I'm fairly extreme but in an off-kilter sense, definitely not a purist either. Whatever the weirdest music in your catalog is, the things you're not comfortable sharing with the rest of the world, that's the stuff that interests me most.

You are originally from Tbilisi, Georgia but later lived in NYC, what attracted to you to the city and what are your thoughts on the dance music community there?

I was always fascinated by New York. It's so appealing at first, the flashing lights and energy, but eventually realized it's also a rabbit hole that was looping me in circles. I moved out recently because it became too overwhelming. I still think it's the best city in the world but my heart just wasn't there anymore. I couldn't sustain. I originally moved there for work, left my day job and pursued music. It was different back then though, this was 2011/2012. There were warehouse parties and now it's mainly clubs operating, which isn't my comfort zone. I started out in warehouses. I can't wrap my head around having fun in a night club, regardless of how nice it is. From the start of the night you already know what to expect which completely kills any level of mystery. I enjoy going back to the city to play once in awhile, I'm grateful of course for any opportunity, but also feel it's important to scale naturally. What's most frightening about the city and underground music overall right now is how fast everything is moving, in all the wrong commercialized directions. Slow down guys, what's the rush and why is everyone so desperate for attention, what's your motive?

Tell me about your approach to this Impact Mix. What did you aim to showcase?

Firstly, I wanted to step away from what was expected of me, which is that this would be a banging techno mix. I wanted to experiment with a wide display of era, producers and tracks. I also aimed to clarify that intensity isn't a priority. There's such a misunderstanding at the moment, DJs confusing quality with straight hard music and harder truly just isn't better. I wanted to stay dynamic and I think this mix captures my intention and current mindset. Technically, I've been pushing myself into faster and sharper mixing too. I decided on this one to go with 56 tracks in 56 mins. I wanted to expand on the format as well, this mix was recorded with two CDJs and two turntables at my home in Philadelphia.

What's coming up next for you?

I usually have so many plans but for the first time, I don't know. My album is about to drop on Francis Harris' Kingdoms imprint and I have a few other newer releases planned for both my project and my label as well, Dusk & Haze. There's a lot happening which is exciting but my life could also go in any direction right now. My only priority is to keep happiness in check, without that nothing is worth living for. Music is an incredible journey but it's important to not lose my integrity in the process or attach any of it to my personal value. It's all just a party at the end, when the lights go out.