From Tinker Hatfield’s vision of the future to exclusive interviews with Virgil Abloh and Serena Williams, a new book tells you everything you need to know about the £62 billion industry.

‘How do shoes capture the imagination?’ asks writer and journalist Howie Khan in the very first paragraph of Sneakers. ‘How do uppers and midsoles combine to generate feelings of lust, or even love? What makes a sneaker timeless, obsession-worthy, and cool?’

In a time when people are willing to pay ‘bot buyers’ just to be in with half a chance of bagging those super-rare Supreme Air Force 2s, it’s a fair question. With fellow journalist Alex French and designer Rodrigo Corral, Khan interviewed over 50 industry gurus, sports legends and celebrities over a three-year period to uncover why we’re all so obsessed with copping the latest kicks. The result is something closely resembling a Bible for sneakerheads.

Starting with Kanye West’s footwear protégé Salehe Bembury, the book delves into Patta owner Edson Sabajo’s sneaker hunt in the back alleys of Philadelphia by way of Tiffany Beard’s trajectory from designing Pringles lids to Nike’s self-lacing sneaker. Ronnie Fieg explains the magic of his NYC streetwear brand KITH, Virgil Abloh talks post-modern design and legendary Nike designer Tinker Hatfield offers his vision for 2035 (‘shoes that automatically relax when you don’t need them to be tight, and will tighten back up again’). 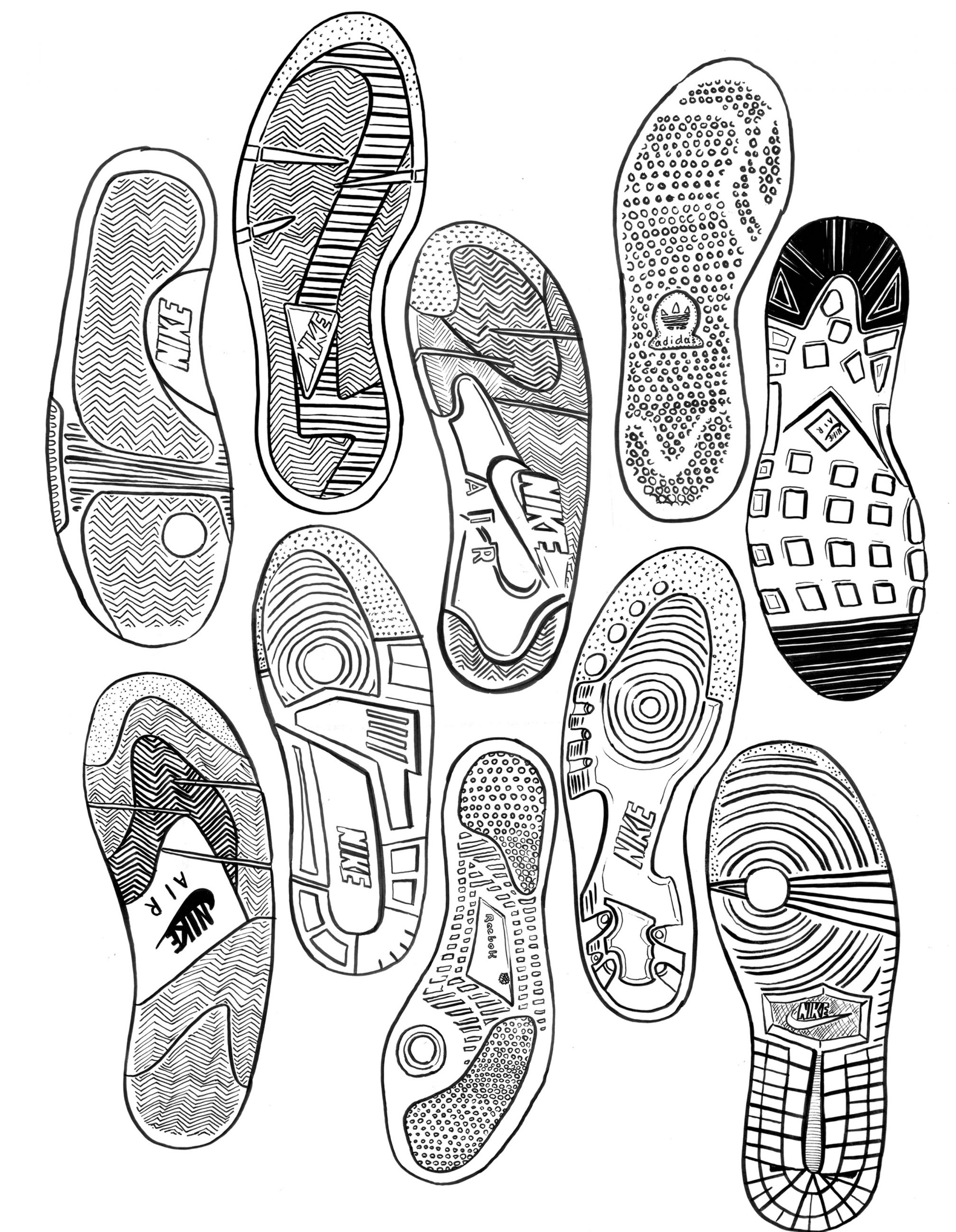 So, yeah, it’s a thing of beauty. But it almost didn’t happen.

“At first people were like ‘what?’” says Khan. “Convincing these guys that this is a cool thing to do was really hard – they don’t think about what it means to be in a book because everything is about online. But when they realised this is a physical thing, something that lasts, everyone got excited.”

The idea grew out of walking around Manhattan and not being able to avoid ‘the kids’. “You know the ones: the 15-year-olds with 100K Instagram followers, standing in line all day every day for some limited-release drop of something,” says Khan.

Now 39, Khan grew up infatuated with kicks – “I’d go to Footlocker with my mum to get the latest Jordan’s because I had to have every single release’, he recalls.

“But I noticed this thing grow and grow. For a while the culture was quite minimalist; people wore Stan Smiths for years. But the rise of social media and Instagram took what was already on the web – sites like Hypebeast – and brought it more immediately front and centre.” All of a sudden, sneaker culture wasn’t a subculture any more. It was a culture.” 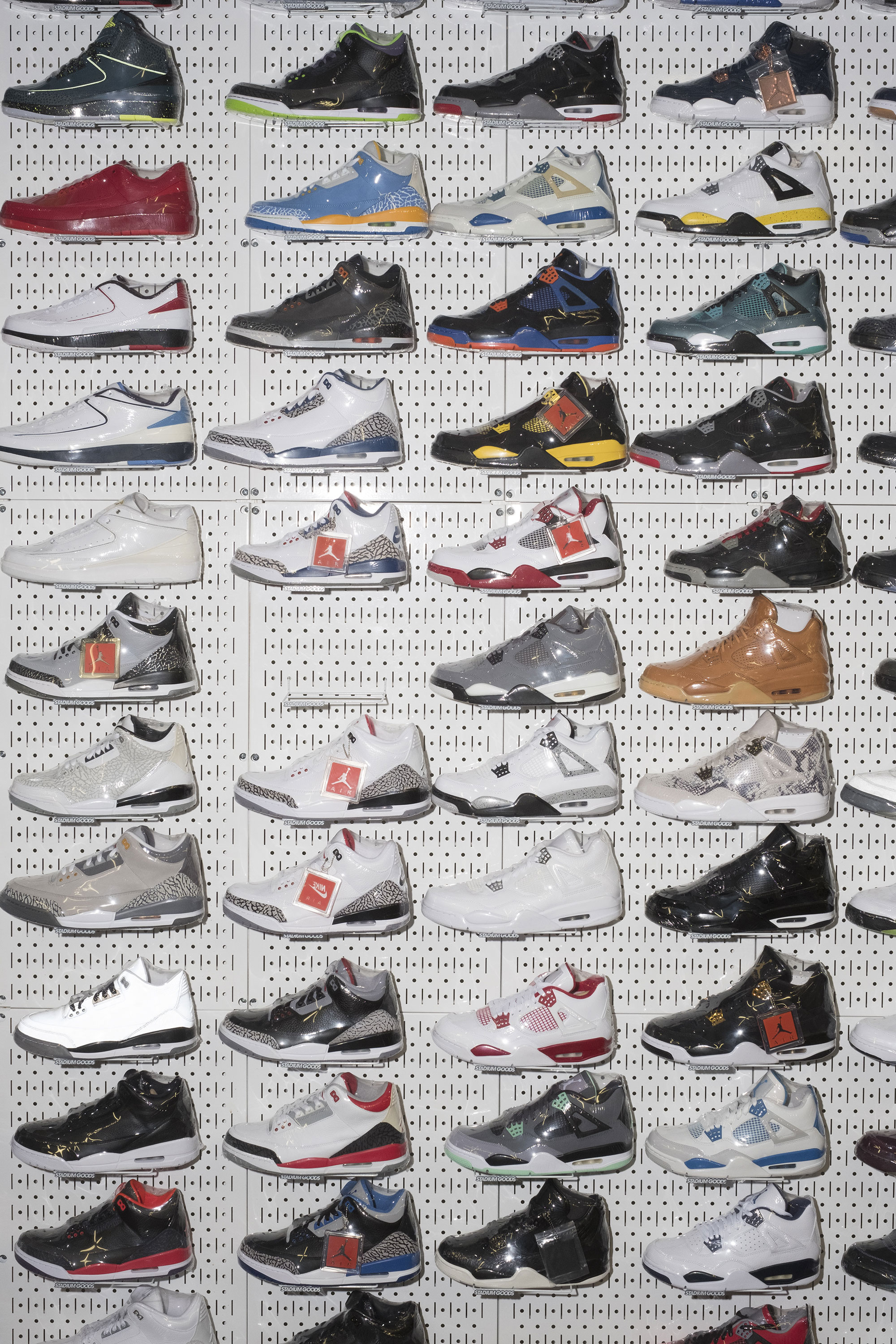 The book might lure you in with photos of beautiful sneakers, but it goes much deeper than that. Thought-provoking first-person accounts delve into the heart of sneaker culture: the creative process, innovation, visionary intelligence and, ultimately, identity tied up in the industry. Take Yu-Ming Wu: the creator of Sneakernews.com was born in a small Chinese village and doesn’t even recall owning shoes as a child. He moved to New York aged six and worked in a sweat shop.

“The fact that Wu has become a taste-maker in this culture is real American dream stuff,” explains Khan, “especially at a time where there’s such a big conversation about immigration in this country. Unfortunately, in 2017, we’re somehow talking about who belongs here and who doesn’t, which is really fucked up. So to have these stories of shining success in the book is really important.”

The fact that someone can turn a passion – an obsession – into a billion-dollar business is proof of how utterly an object can capture the imagination, generating feelings of lust bordering on love. Or, as Khan writes: “Get close and the sneakers always win.”

Louise Donovan is Deputy Digital Editor of Elle UK and a freelance writer for Vice and i-D Magazine, follow her on Twitter

Sneakers by Rodrigo Corral, Alex French and Howie Khan is out November 2, published by HarperCollins