Hailing from Sheffield, Sinai Sound System is the pioneering audio presence dominating the bass scene and beyond.

Helmed by Huw Williams, over the years Sinai has grown in both strength and numbers, gaining valuable team members and audio additions alike. Known for playing contemporary reggae and dub music, Sinai fuses the new with the old as the team blur the boundaries between pro-audio advancements and traditional, cherished sound system culture.

Since making their first official appearance as Sinai back in 2014, the crew and their weighty system have gone on to become regulars at the likes of Outlook Festival and Dimensions, with appearances at headsy club events hosted by Tectonic Recordings, Young Echo, SubDub and Deep Medi also locked in. In fact, the Sinai crew joined Deep Medi at their notable October 2015 Boiler Room show and made history as the first dub sound system to appear on the platform.

Back in April, Sinai powered the Mixmag Live party in Sheffield headlined by Ben UFO. The Hessle Audio co-founder shared his experiences with Sinai with Mixmag. “It felt so refreshing that [Huw] was responsive to the music we were all playing,” he recalled. Adding, “I don't mean just that he enjoyed it, I mean responsive in the sense that he was actually listening, and adjusting the system through the night according to the different styles of music we were all playing.”


We caught up with Huw to discuss the origins of Sinai and to find out why the system plays such a pivotal role in the scene today.

When did you decide to put together the sound system, and why?


I grew up in mid-Wales in a little tiny village in the middle of nowhere. So the whole concept of a reggae sound system, or even a sound system...I didn’t even know that existed. But I’ve liked reggae for the longest time. Then I moved to Leeds for work and was driving to work one night and I saw a poster for a night. I had no idea who was in the main room, I’d never heard their names before, but in the second room it was Shy FX I think. So I thought, ‘I know Shy FX, I’ll go to that!’ It was a SubDub night which is one of the biggest nights as far as bass music goes in Leeds and it’s been going 20 years. I balled up outside the venue and literally the whole place was rammed.


I’d never heard anything like it in my entire life, it was complete madness. Hearing tunes I’ve always enjoyed and then hearing modern digital reggae on a real sound system was absolutely insane. I was kind of like, ‘Oh, I get it now’. So then going to SubDub, and slowly learn about the concept of what it is because it was only on every couple of months, was like a whole other world. So I guess it was then, back in about 2006. And then after going to this event for three or four years, the resident sound system of the night, Iration Steppas, he asked me to come along and help and that was a [seminal] moment.

So you found your way into it as a fan first and foremost?

Oh yeah absolutely. He kind of took me under his wing, and he’s at the top of his game as far as sound systems are concerned, so I got to tour around Europe and all over the UK with him week in and week out, learning the ropes like an apprenticeship. So from then on, I was like, ‘I’m ready to start doing this for myself'. In 2013 that’s when I decided right, I’m going to start just with three bass boxes, and I’ll keep it local and see where it goes. I was keeping it all in the front room of my house at the time. Then I got another box, and another one and now we have fifty maybe. 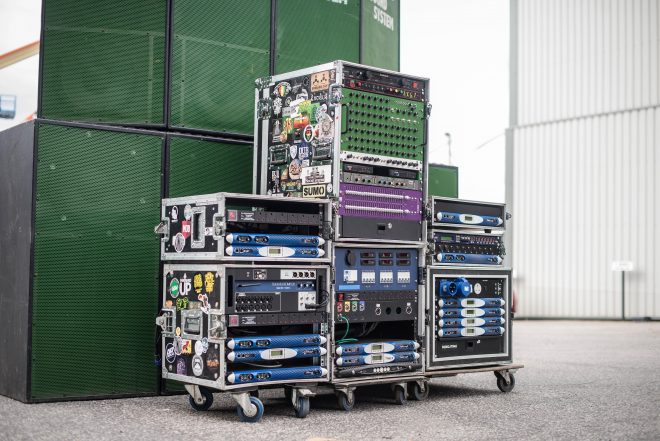 I’m guessing you don’t keep them in your front room anymore.

We’ve now got a warehouse, office, all that kind of stuff. The first time Sinai ever played out was in March 2014. That was the first proper Sinai gig then it kind of just went from there. The advantage I had was after touring around with these UK sound systems was that people knew me. Any business, especially music, is quite literally social networking.

It's familiarity. The reason to an extent that people get booked is because people know they exist. I’m sure there are some bedroom DJs who are world-class turntablists but if people don’t know who they are they can’t book them. So that was an advantage I literally had as people knew I was doing it so gave me a chance. But because my expectations of myself were so high, that when I was given that chance I made sure that I did the best I could. And that combines with social media pestering which is the name of the game these days to spread the word.

Is it something you felt was lacking in Sheffield particularly?

Sheffield is actually blessed with many, many, many sound systems. I think the legacy of Sheffield’s past as an old industrial town means that there’s effectively a lot of empty warehouse spaces or just warehouse spaces which means there’s a selection of venues in Sheffield, Hope Works is a prime example, that you can put ridiculous sound systems in and like, have world-class acts like Helena Hauff, you name them. That venue is mainly like a house and techno kind of place but that’s only one of them. There’s loads and loads of venues that facilitate the opportunity to actually experience these systems. 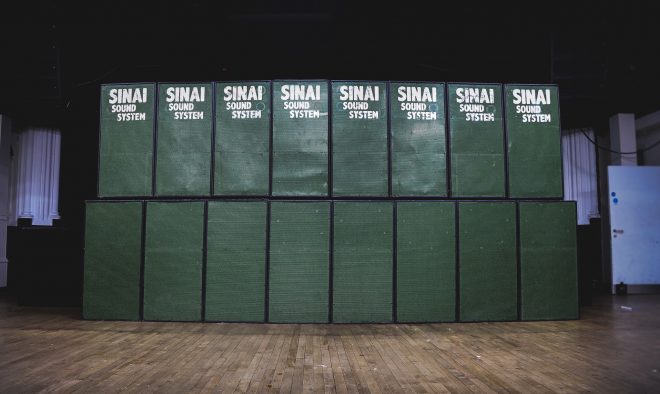 What’s the ethos behind the project?

I love exploring new technological advancements but I also enjoy the concept of a handbuilt, traditional sound system. And what our niche is or where we are going is trying to combine the two methodologies, the two ideas together. An off-the-shelf sound system is literally just off-the-shelf, there’s no real personality, there’s no character behind it. And also, our sound system is big and looks ridiculous, it’s not tucked in the background merely as a device to facilitate the night.

It’s not just there to provide the music, it’s part of the music. It’s what gives the music its character, especially with bassweight music for want of a better description, I’m constantly wandering around the dancefloor with my iPad making it as perfect as possible, it’s complete dedication.

So it’s a constant process even on the night?

Yeah. What we offer as a package is attention to detail. We’re fans as well and we want to enjoy it and make the DJs happy. If you show the DJs that you care, they kind of relax more into what they are playing but I’m a fan of the music, I’m there skanking in the crowd when people are playing. 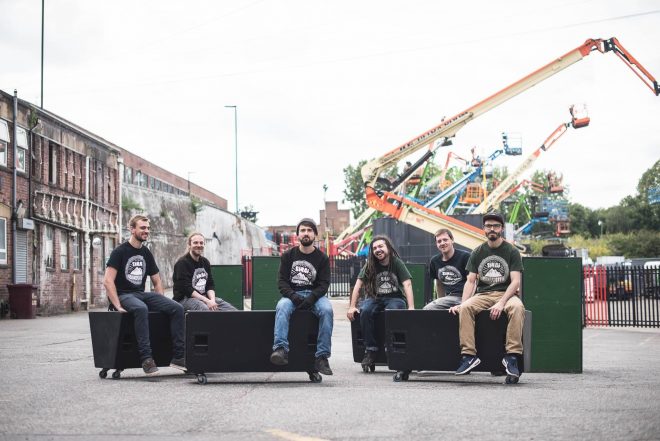 I read that the personalities and the people behind the music and the system are a vital part of the system in your opinion, how did you all come together?

I am kind of the original person behind Sinai, but there are other people in the crew called Mark Akid, James Drain, Laurence Walker, Dean Trotter and Demetri Moulinos. We all essentially had different backgrounds and we all had our own different sound systems. We all got to a point where we were all getting bookings to do stuff, I was getting booking requests to do stuff and I would have the boxes but not the crew. So we all joined forces.

Where have been some of your favourite places to make appearances over the years?

Effectively it’s a two-parter. The first Deep Medi gig I did, it was pretty scary as they’re obviously such a big thing and they are so well regarded in the industry, I was nervous.

Was that in Leeds?

Yeah that was in Leeds. Then I got a call randomly like the week after the gig from Deep Medi’s label manager Steph and she kind of said, ‘Oh, what are you doing on Thursday? We are doing this gig in London.’ I asked who it was for, and she said Boiler Room. That was probably one of the pivotal moments in Sinai history. Because of that show other promoters noticed me and booked me and now they are long-standing clients and it was all because of that, so it was all pretty crazy.

To find out more about Sinai take a look here, and catch the crew in France this November as part of Telerama Dub Festival 2018