Like every other musician, Zach Saginaw’s story starts with cheese. It was 2003, and the producer known as Shigeto had just dropped out of the School of Jazz at New York’s New School and moved to London with the promise of a job from a family friend who owned an artisanal cheese shop. A drummer for most of his musical life, Saginaw then developed chronic tendonitis in both arms from the daily rigour of hefting wheels of fromage as well as jam sessions in Soho and Hackney jazz clubs. He couldn’t brush his teeth, let alone continue playing – and his younger brother Ben suggested Zach turn to production instead. Inspired by venues like Plastic People and Warp artists like Autechre, Boards Of Canada and Aphex Twin, Saginaw threw himself into the creative process.

Eventually, his visa ran out and he moved back to New York (via a brief stint at home in Ann Arbor, Michigan) on a tip from a high school friend who was working as an A&R at Ghostly International. They had just opened offices in New York, but the teenage Zach had been obsessed with the local label when he was in high school, constantly hanging around the office and asking for stickers. In 2009, after more than two years of sending in demos to Ghostly and releasing a handful of records on their digital imprint Moodgadget, label founder Sam Valenti contacted Saginaw and told him he wanted to release his debut album, ‘Full Circle’.

The next few years saw the release of two more LPs on Ghostly (2012’s ‘Lineage’ and 2013’s ‘No Better Time Than Now’), and a gig drumming for School of Seven Bells on tour. Working at the intersection of IDM, jazz and downtempo, Shigeto’s signature sound developed parallel to, but separately from, the LA beat scene. Now he’s back with his first album in four years, a jazz-influenced take on house, hip hop and other club-oriented tunes, as well as a label he co-founded with his brother Ben, and a new approach to making and playing music. 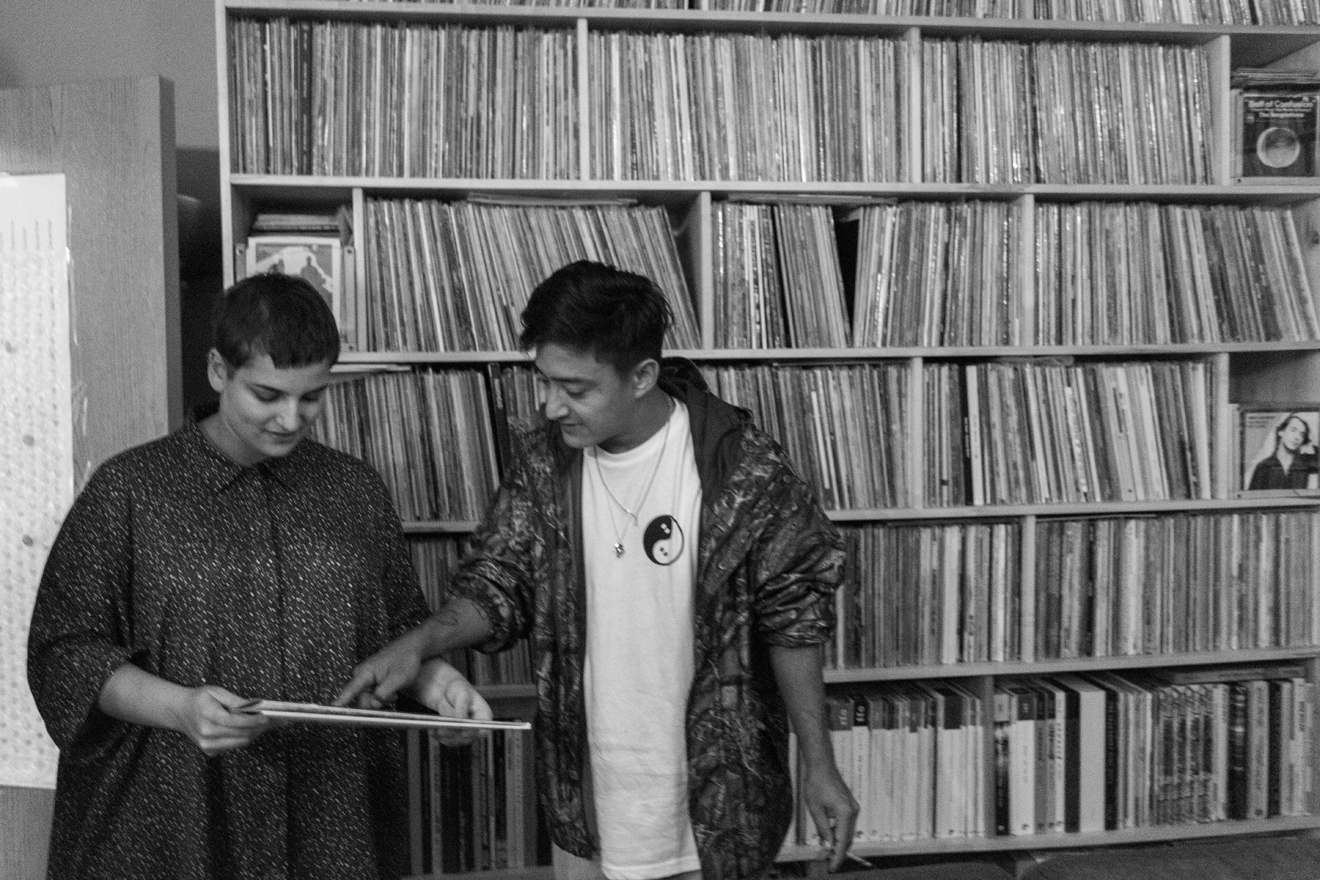 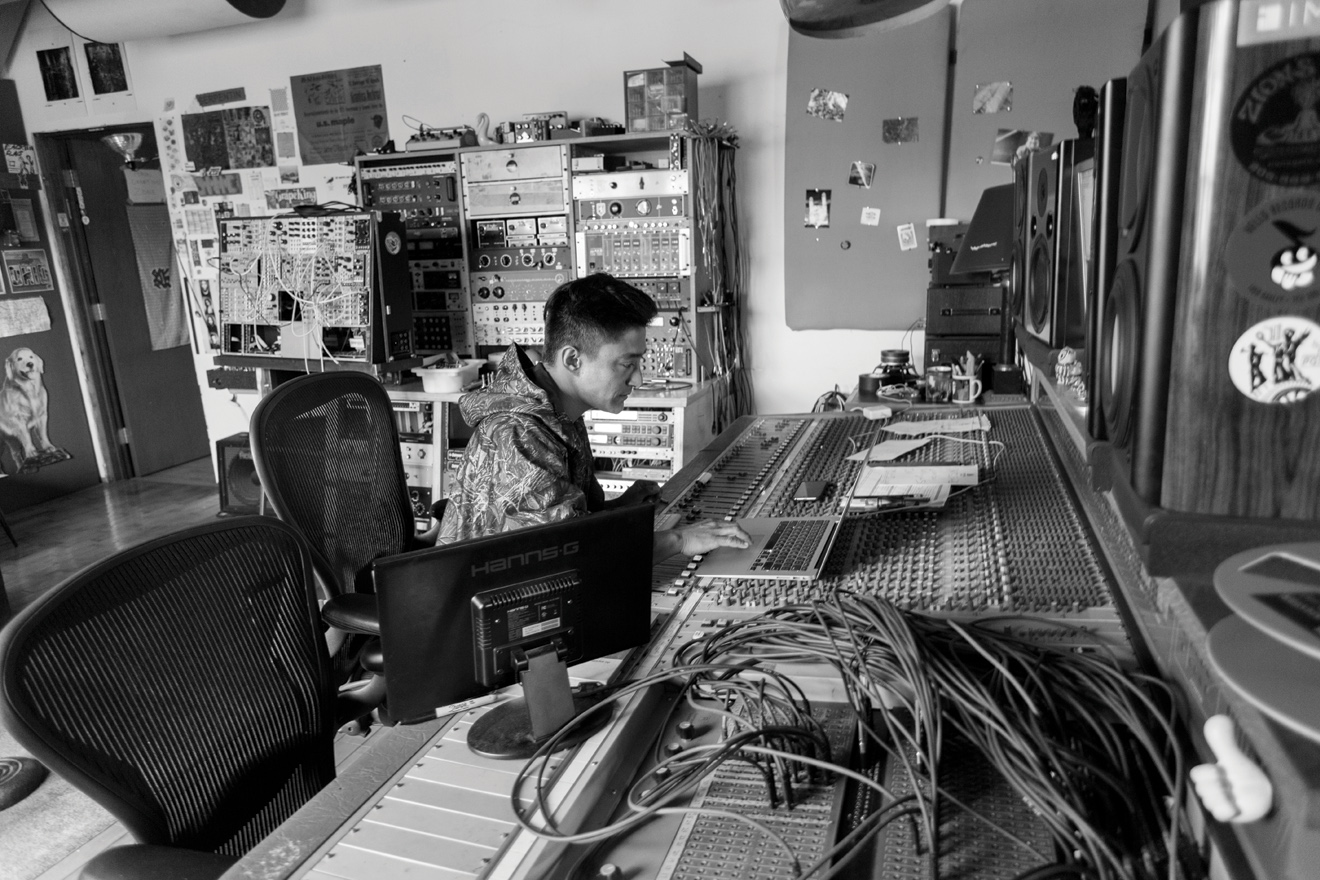 “I definitely didn’t expect that moving back [here] would be a focus in my work – it was a dream come true,” Zach tells us over coffee on an overcast Detroit morning in late August. He would have typically taken Mixmag to his friend Dai’s spot, Astro Coffee, but they’re closed on Mondays; to distribute the local business, the place we’re at now, Anthology, is closed on Wednesdays and Thursday. Dressed in a clean, all-white outfit, he’s incredibly energetic for both the hour and the weather, occasionally letting out a sharp laugh as he recounts his circuitous trajectory to Detroit, and the music that followed.

Make no mistake, Saginaw is not from the city originally. Born and raised an Ann Arbor kid, he felt close to Detroit, but never quite a part of it. So, after six busy but fruitful years in New York, Zach and his girlfriend Marie decided to return to the Midwest together in 2013. His home town was less than an hour away, Ben had been there for four years already, and friends from home had since moved to the city as well – “the crowd that never got real jobs and always wanted to DJ,” Zach jokes – so it made sense to build his community in Detroit.

“All my biggest influences are from here, or based here, or were here and left here,” he explains. “I respect so many of the people that have been here and the way they do it, like Underground Resistance: whether or not you even listen to techno, if you understand how they’ve done what they’ve done… they represent Detroit in a major way because one, it’s about the music; two, you can’t exploit this because we’re not going to show you our faces; and three, we’re going to do everything ourselves, right down to the distribution. It’s a template for how to succeed and be genuine, without compromise. They exist in a healthy way outside of that realm.” 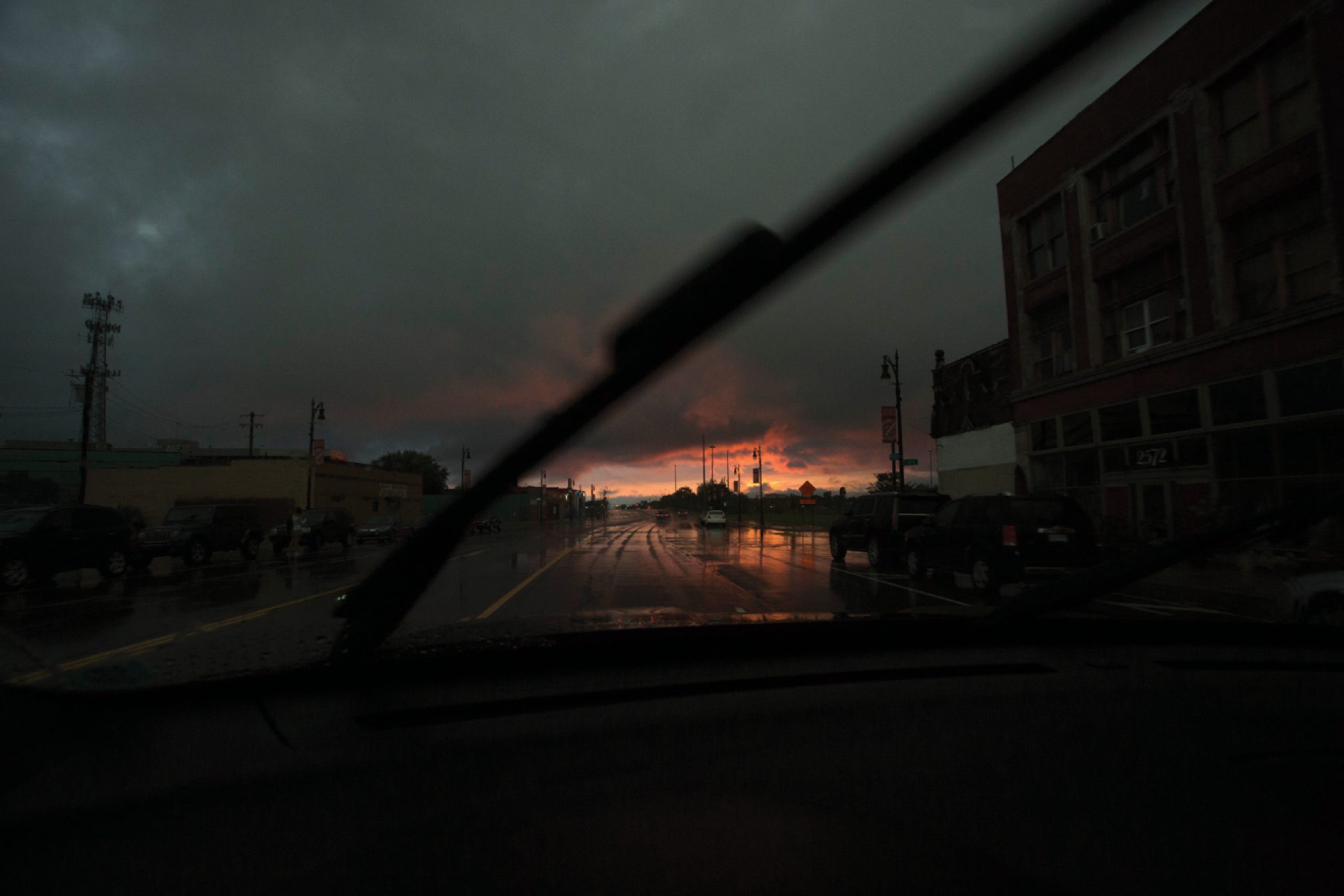 Music for music’s sake is a crucial part of the vibe behind Shigeto’s newest record. ‘The New Monday’ is a huge departure from the more spacey, melodic beats of his previous releases, incorporating elements of hip hop, jazz, house and techno. DJing in living rooms and around town, and starting a weekly party (cheekily entitled Monday Is The New Monday) with friends opened him up to a side of live music he had neglected as a performer over the past few years: “It opened my eyes to the solidarity of dance music,” he says. “When you’re playing records and everyone is dancing and you’re smiling, there’s no pressure, no expectations. You’re providing an experience for a lot of people to be happy. It’s just like: we’re here, dancing. My mom actually suggested naming the record [‘The New Monday’] after the night, because I was telling her about how it all stemmed from getting back into records. Low End Theory named their weekly after a record; I named my record after a weekly.”

We finish up and make the quick drive to High Bias, the studio where Shigeto has recorded all of his music since moving to Detroit. It’s owned by Chris Koltay, mixing engineer and musician. The basement is stocked with all sorts of guitars, keyboards, drums and a few pianos. Clearly comfortable in the space, Zach makes his way to the grand piano in a corner and plinks out a melody. “[Our collaboration] works well because the way I produce is very basic, it’s all audio being stacked. So with Chris, it’s the best treatment for [the music]. I want it to sound like it’s being mixed, rather than a compressed object from software.”

“We have a lot of things in common,” Koltay adds from across the room. “Zach’ll be like, ‘Hey can you –’ and I’ll be like, ‘I just did it.’ It’s pretty rare that we don’t have the same idea almost at the same time.” Upstairs, Chris’s two kittens weave around our legs while everyone takes a break to hang out around the plant-framed window. Synths are everywhere. As it happens, Koltay’s living room is actually where Zach and his crew took the photo that became the album artwork, with its surreally edited floor-to-ceiling record shelves. Among the figures in the picture are the other residents from his weekly night; people involved with Zach and Ben’s new record label, Portage Garage Sounds (aka P.G.S); and his friend and collaborator, the rapper ZelooperZ. “No one realises how many people were involved with my life or the project,” Zach says. “It’s all so linked beyond what you can see on the surface.” 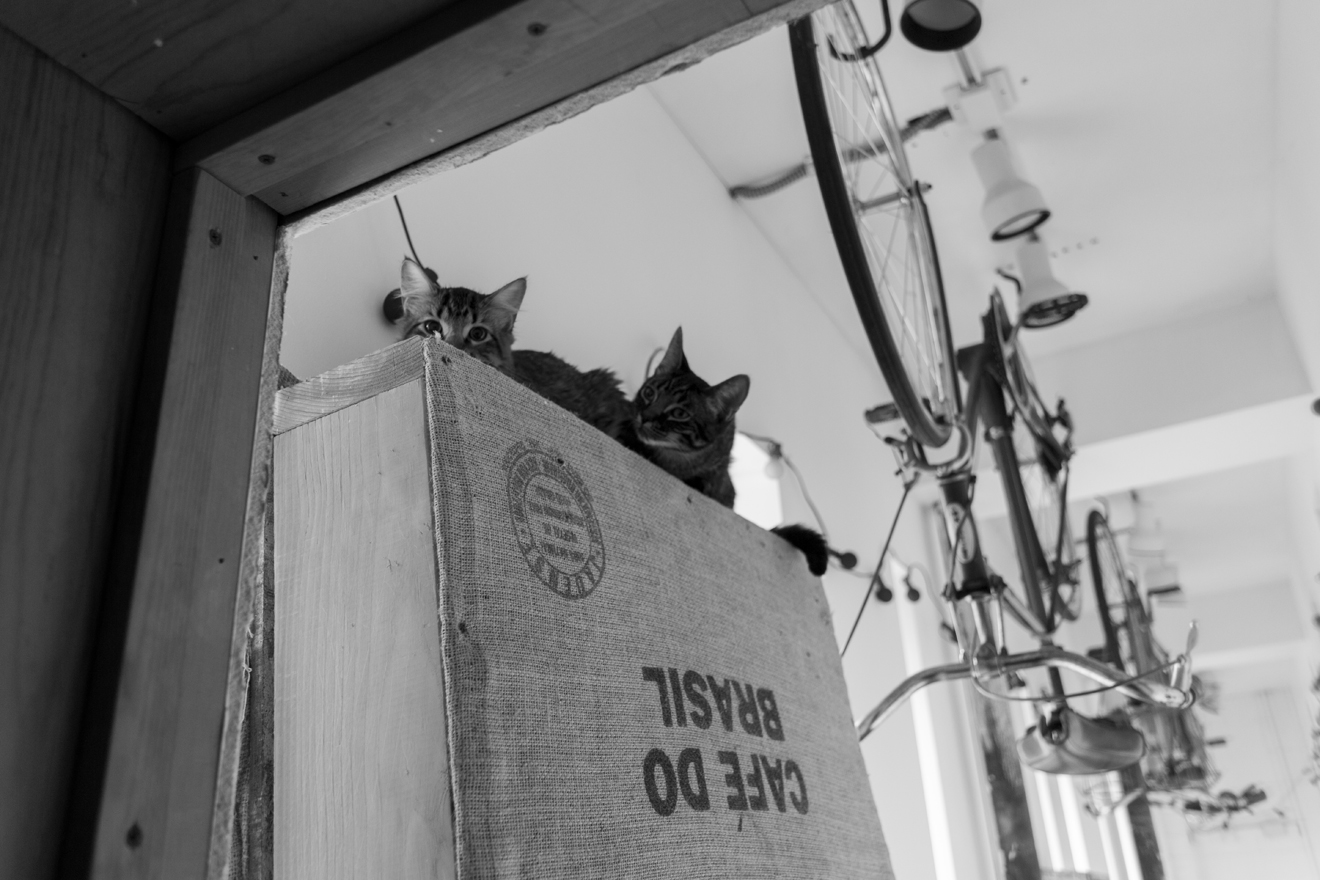 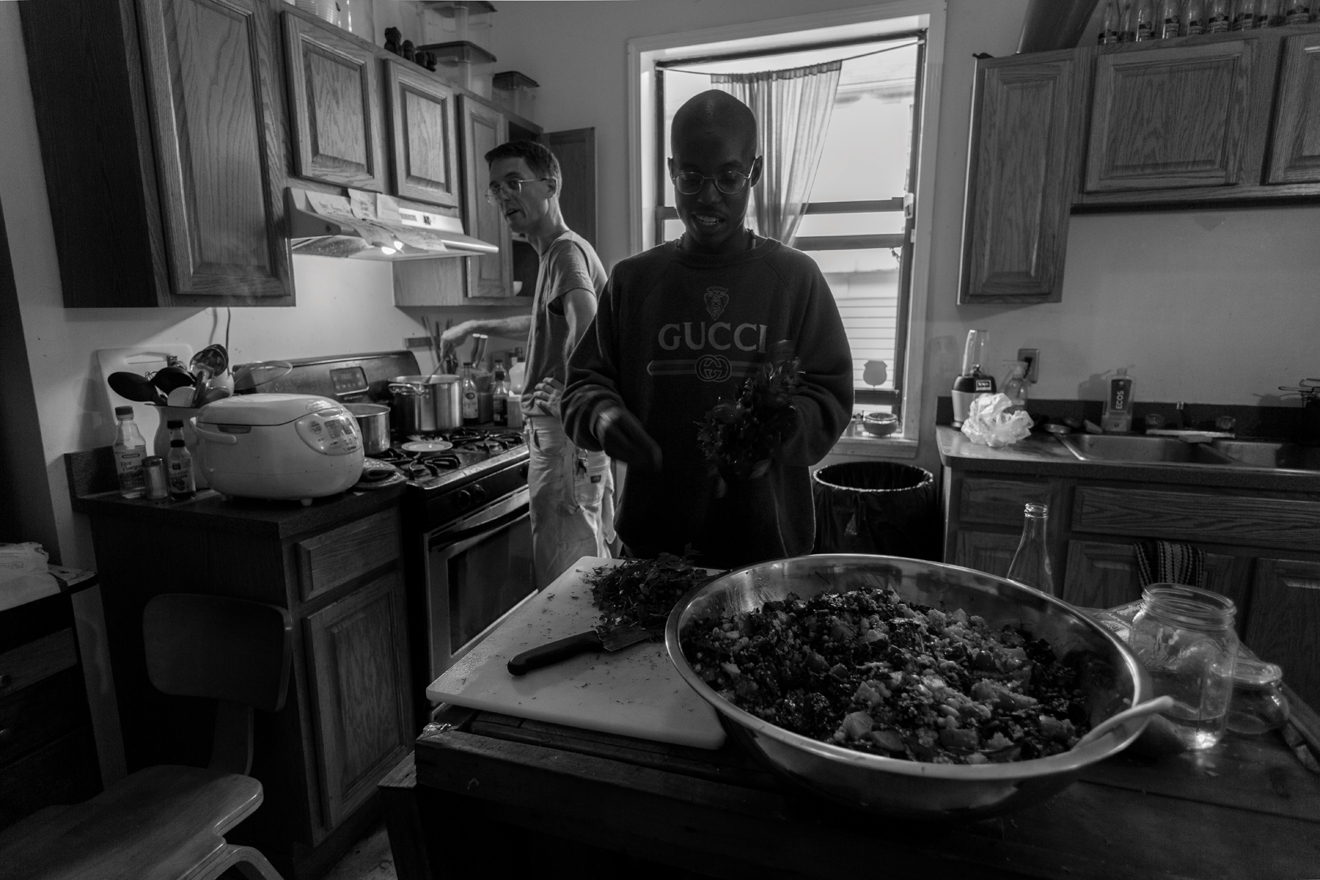 It begins to drizzle as we head over to the city of Hamtramck, which is surrounded completely by Detroit. It’s also where PGS is headquartered. The pale blue-and-white building was formerly a gas station, then an auto shop, and now the two brothers have turned it into a retail space-cum-ceramics studio-cum-recording studio and living workspace. “Portage Garage Sounds was part of Zach’s regeneration as an artist,” Ghostly founder Sam Valenti says. “There was a serious melancholy around Zach in the couple years that preceded this one. I think he had achieved a lot of his goals as an artist but had yet to find home and a sense of place. PGS and this album are about Detroit as home and the people and sounds that make it.”

Although their dad worked in Hamtramck as a teenager, Zach and Ben are aware of the fact that they’re gentrifying the area: they’re young artists, not from the city, taking an old space and making it into a gallery. “What we had in mind [with the garage] is that if we actually are going to be those people who buy an old building here and ‘do the thing’, we have to really do the thing,” Zach says. “It has to be inclusive of the neighborhood. It’s a responsibility that comes with coming here, because we’re lucky to be here. We’re not like ‘Oh, we’re gonna bring it back’. We’re thinking, ‘How are we going to respect this place?’ Because we’re in their neighborhood now.”

“We’re attempting to respect and maintain the fact that PGS is our studio and that we create there,” elaborates Ben, who teaches ad hoc ceramics classes to the kids in the neighborhood. “But we’re also looking for the furthest point we can take it [with] community involvement, because it is a necessary aspect of what we’re doing.”

Zach shows us around Ben’s studio (lovingly dubbed “Hamtramck Ceramcks”) and points out a few pieces. “[The kids] are awesome, running around and coming in and hanging out with us. They’re much closer to Ben, because right now there’s no music equipment. I have nothing to offer them yet to get them excited.”

Though the space is still very much a work in progress, some of the most tangible aspects of PGS have already been established. The label’s first release was ‘Detroit Part II’, the lead single from the new record – Zach wanted to put it out as a white label on Ghostly, but Valenti suggested he put it out himself. With Sam’s green light and a self-imposed deadline of Detroit’s Movement Festival weekend, Zach and Ben released the first PGS record, to widespread acclaim.

“We made five hundred and they were gone in thirty-six hours. And it was from our label!” Zach exclaims as we settle in to our late afternoon lunch at his favorite taqueria. “Going forward, it’s going to be me and my brother and the garage. My life will be more than just Shigeto. I want to make the shift to where we’re running this shop, selling our friends’ stuff and putting their art on the walls and having a real gallery, booking artists that we admire, doing things beyond one artist’s success.” The theme of collectivity is audible on the new record as well – it’s about the music, but it’s about the people too, with features from Detroit jazz musicians, rappers, and friends all over the album. Though a departure from Shigeto’s typical sound, ‘The New Monday’ is nuanced, with a newfound energy that simmers from start to finish.

Later that night we all meet up at Motor City Wine, the cosy bar that hosts Monday Is The New Monday. The disco ball swells and glitters, the only real source of light in the room. Zach is contentedly mixing something bumpy and funky into the soundsystem. Ben pops up beside him and starts to cue in a Marie Davidson track. People are chatting at the bar and outside despite the rain; other local friends and crews, like Haute To Death, Freakish Pleasures and Coconut Babylon, come out to support and smoke under the patio awning.

“The first ten years was like, make Shigeto a thing. The next ten years: make things around you,” Zach told us earlier. Now, everyone’s here because they want to hear the music and be surrounded by good people. In a small wine bar, every Monday night from 7pm–12 am, Zach and his friends have made a space for themselves, and anyone else who wants to be here, dancing, giving back to a city that has given music so much. ‘

'The New Monday’ is out now on Ghostly International

This feature is taken from the November issue of Mixmag