Among the cacophony of voices platformed in the Western media, the perspectives of Muslim people are rarely given the space to be heard. Two crucial figures in the UK who are working to change that are actor and musician Riz Ahmed, who has campaigned tirelessly against the “toxic portrayals” of Muslims in media and this year became the first Muslim to be Oscar-nomianted for Best Actor for his standout role in Sound of Metal, and Sadiq Khan, who has been the Mayor of London since first elected to the office in May, 2016.

When approached to guest edit Mixmag’s South Asian Series, I wanted to speak to these two born-and-bred Londoners to share their experiences of growing up in the city, learn about their relationship with its music and culture, and discuss how their upbringing has informed their work and fight against prevailing stereotypes of Muslims in the UK.

Read this next: Riz Ahmed: “Home is a place that we're creating through our art” 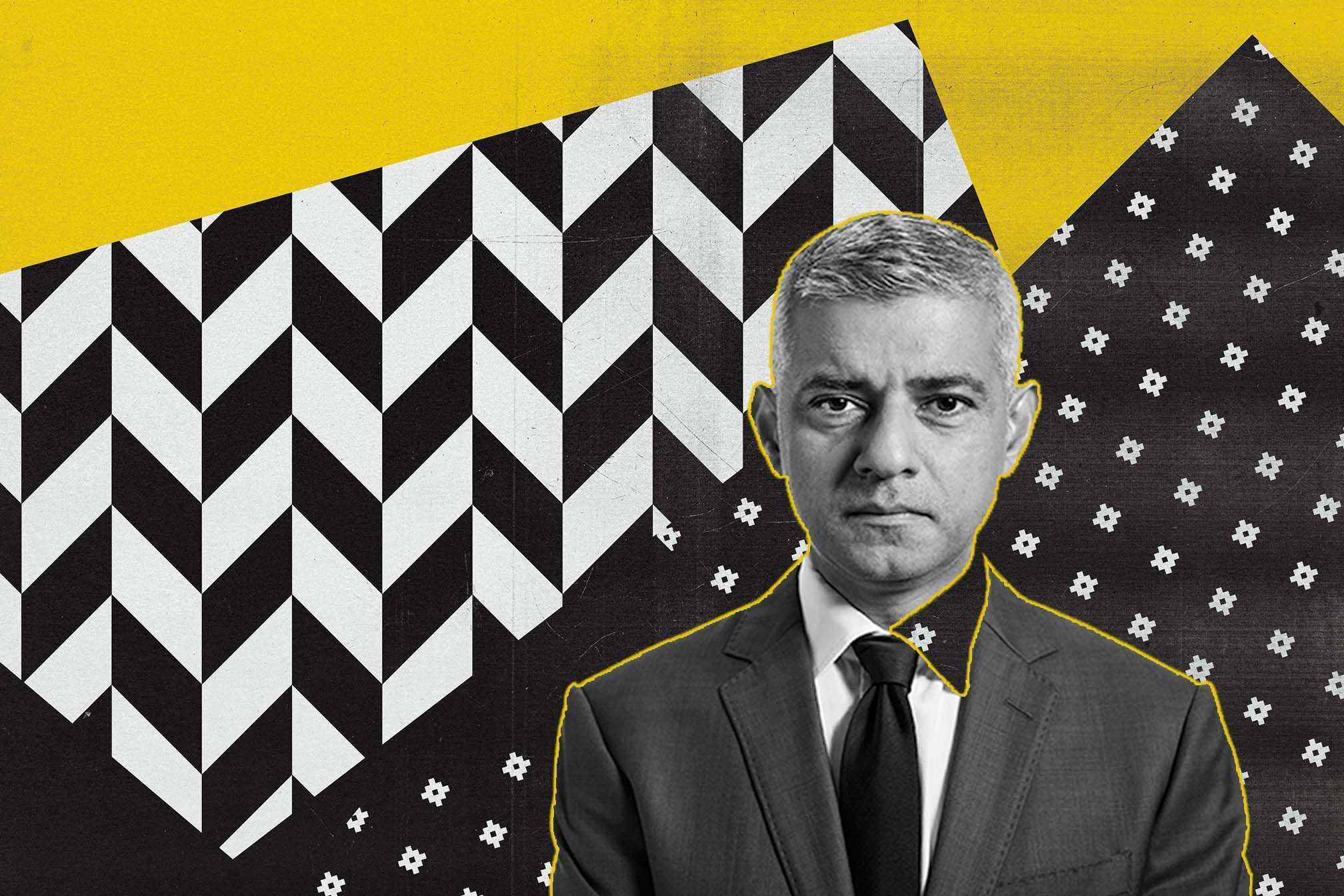 Can you tell us about your time growing up in London: where you lived, early childhood memories and experiences in your local community?

London has been the backdrop to my life and, like millions of Londoners, has made me the person I am today. Me, my sister and six brothers grew up in a three-bedroom flat on the Henry Prince Estate in Tooting. My parents had emigrated to London from Pakistan and worked day and night to provide for us with my dad working as a bus driver and my mum a seamstress.

Dad drove the 44 bus which stopped outside our estate – and one of my earliest memories is sitting at the front of the top deck with my brother Tariq as it wound its way from Tooting, in South London, to Battersea and across the Thames. We’d spend half the time looking down the screen to Dad, and laughing every time he looked up and caught us. Then when it reached its destination at Victoria, we’d run down the steps and have a quick cup of tea on his break before heading back up the stairs to start again.

We were never off buses when I was a kid – whether to accompany my mum shopping or visiting friends, exploring London or driving around with my dad. While my commute took me onto the tube for university, to many of London’s courts and police stations as a young lawyer, from Tooting to Westminster as an MP, and then City Hall as Mayor - there’s still nothing better than the feeling of sitting on the top deck of a London bus as it weaves around the city.

How did your relationship with London develop in your teenage years as you explored more of the city and its culture?

I went to the local comprehensive Ernest Bevin College and it was tough. "Bevin boys" was a byword for bad behaviour in the local area at that time and I had to learn to be streetwise and how to deal with people.

My headteacher was the first Muslim headteacher at a UK secondary school and helped to make me realise that skin colour or background wasn't a barrier to making something of your life.

Outside of school I loved playing football, boxing and cricket – and had a trial for Surrey County Cricket Club. I also loved music and have fond memories of Bobby Friction’s Asian Underground night in the 90’s with amazing artists like Talvin Singh and Nitin Sawhney. I feel so lucky growing up and living in a city that has always provided so many cultural opportunities for people of all ages to enjoy.

Can you tell us about your relationship with London’s music scene and how it has impacted upon your life?

I’ve always been inspired by music and the way it brings people together. A song crosses barriers of race, religion, class and postcode in a way like nothing else can.

It can also define a particular time of your life. During my teenage years a lot of my friends liked Wham!, Duran Duran and Spandau Ballet, but I was a big fan of The Police. They say never meet your heroes but a few years ago I got to go backstage at a Sting gig at Hammersmith Apollo and met the man himself. As a paid-up member of the Sting fan club – it was a dream come true!

We’re so lucky that London has always been a hotbed of creativity. From The Rolling Stones to Stormzy, and David Bowie to Adele, we have seen so many talented artists develop their careers in our capital. Dua Lipa’s ‘Future Nostalgia’ kept me going through the pandemic when times were tough and like many Londoners, my mental health really suffered.

That’s why I’ve worked hard throughout my Mayoralty to protect music venues and provided support during lockdown with business advice, grants and a Pay It Forward scheme to help these venues generate income.

Now that they’re open again it’s more important than ever that we get out and enjoy them. The other week I went to All Points East in Victoria Park – the first major festival since the pandemic – and the atmosphere was electric. From Loyle Carner to Jamie xx to the now Mercury Award-winning Arlo Parks there was a wealth of London talent on display – but my highlight was London Grammar performing their new album for the first time. 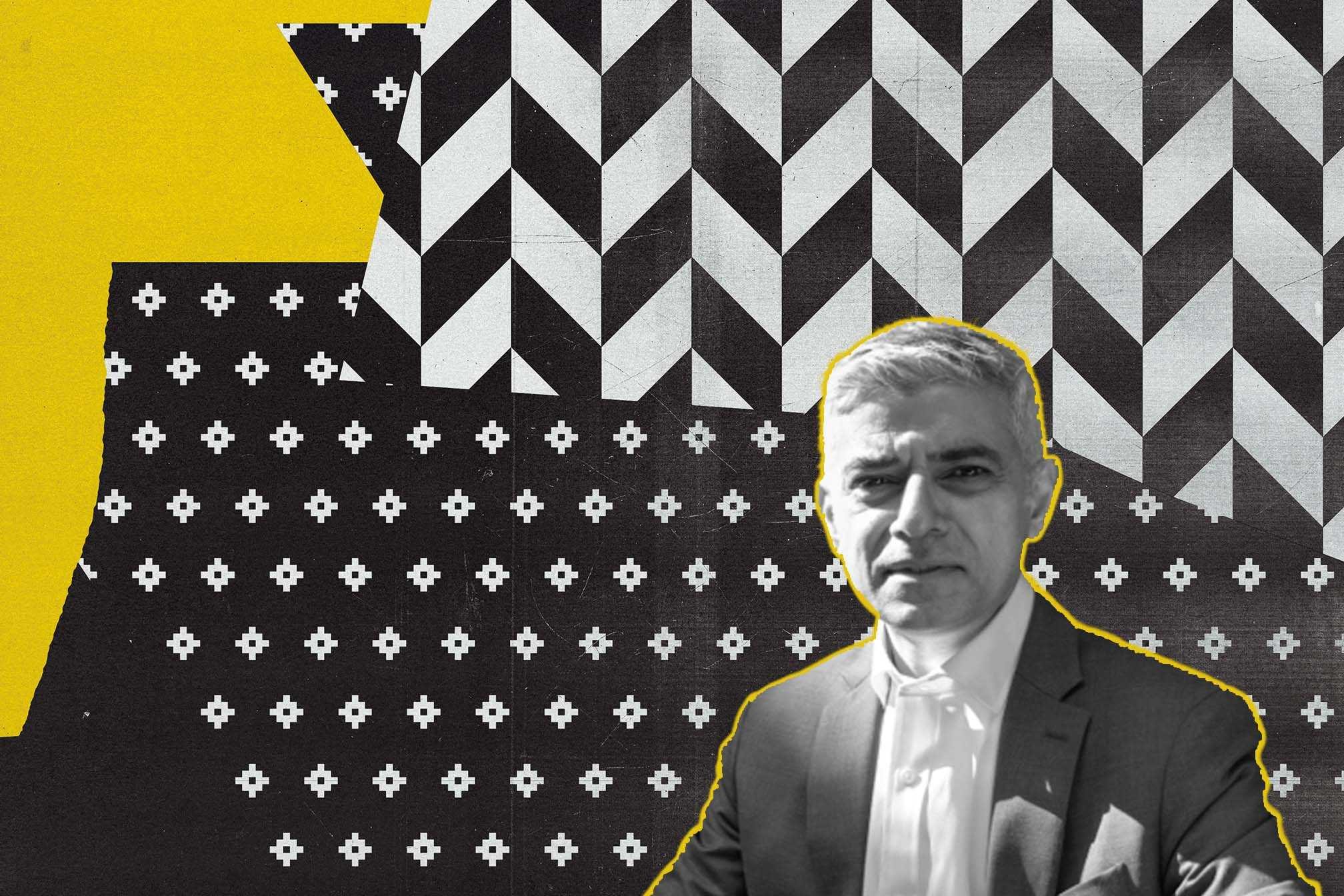 What does being a Londoner mean to you?

Author Zadie Smith says that London is a “state of mind” and I agree. Being a Londoner isn’t about where you’re born or where you grew up – it’s about who you are and what you stand for.

Our city is made up of people from all backgrounds and I’m so proud that we celebrate and embrace our diversity.

One of my main priorities as Mayor has been to bring Londoners of all walks of life together as well as making London a place where everyone can succeed and fulfil their potential.

That is why I wanted to be Mayor of London - I’ve always done what I can to help make society fairer and have spent my whole career as a lawyer, local councillor, MP and now Mayor fighting injustice and rooting out inequality.

I’m determined to do all I can to improve the lives of Londoners and give back to the city that has given me so much.

Read this next: 37 South Asian artists share what music means to them

How have you dealt with prevailing stereotypes related to your identity and how do you seek to challenge and overcome them with your work?

As a British Asian, I can’t deny that even in a city as diverse as London, racism has touched many aspects of my life.

It’s true we’ve come a long way from the days when I was racially abused from the terraces, and my older brothers were chased from football matches by members of the National Front, but it is a sad reality that I am the first holder of the Mayor’s office to require round-the-clock police protection. There is a reason for that.

I don’t like to talk too much the racism or threats I’ve endured as a politician because I don’t want to put young people from ethnic minority backgrounds off, but as a Londoner, as an Englishman, as a British Asian, proud of both my Britishness and of my Pakistani heritage, I feel I have a responsibility to help make things better by speaking out.

How has the city and the time you’ve spent living among its communities impacted your political outlook and aims?

It’s a great honour to be the Mayor of the city I love – the greatest city in the world.

We have so much to be proud of London, but I’d be lying if I said there isn’t more to do. Inequality is laced throughout our society and I’ve seen that time and time again.

I’ve always followed the teaching that ‘if one sees something wrong, one has the duty to try to change it’ and that’s why I’m committed to helping provide a better and brighter future for London. I want a fairer, greener and more prosperous city, where everyone gets the opportunities they need to fulfil their potential, and will continue to do all I can to deliver it.