Ross From Friends on lo-fi house: "In 10 years, people will reflect and ask, 'what was that?'" - Features - Mixmag
Home Latest News Menu

First emerging onto the scene with his woozy, nostalgic, and synth-pumped sounds taken from euphoric 80s house and reworked into a new form of electronic music, Ross From Friends led the lo-fi charge. It all began in 2017 for the producer - real name Felix Clary Weatherall - who ran with the likes of DJ Seinfeld, Mall Grab, and DJ Boring, transforming lo-fi from a fad-inclined microgenre to a fully realised dance music phenomenon. Still riding from the success of his 2018 debut 'Family Portrait', Weatherall has returned full-force with a brand new sound, full of retrospection, heady melody and just a hint of that deconstructed dance sound that made him a household name.

Read this next: Ross From Friends navigated a whirlwind of hype to emerge on a world famous label

Previously appearing on labels like Distant Hawaii and Haider’s Breaker Breaker, on top of a selection of EPs released amongst Lobster Theremin’s tight-knit circle, the influential producer returns to the loving arms of Flying Lotus, whose imprint Weatherall previously released on back in the lo-fi heyday. ‘Tread’, the second record coming under Wetherall’s Ross From Friends moniker, is out now via Brainfeeder.

Check out our Q&A with Ross From Friends below, as he tells us all about becoming a new dad, playing at Coachella and the possibility of a hip hop album.

I heard you're a new dad! How's that going?

It's amazing, honestly. I was just thinking about it the other day - when I'm at the studio, I think to myself: "it'll be so nice to go home and see the little one". It feels like everything is in balance at the moment.

So, ‘Tread’ is out in just a few weeks marking three years since your last album - what have you been up to since we last spoke to you?

It has been three years, hasn't it? Not much. Like, really not much. Obviously, with the pandemic, there's not much that can be done. I was quite lucky that through 2019 and the start of last year, I'd saved up loads of money so that I could take like six months off in 2020. I saved up plenty so I was fully covered, and I could just focus on making music. I sort of planned for a solitary thing, so it was alright.

Were you more productive?

So much more productive. I wrote the last album while on tour, so, whenever I could get some studio time in between shows, I had to figure out how I could write music in the off-time or just do it on a plane or a bus or something. But for this one, it was so good to be completely solitary and have so much time to work on it - every idea started here, grew here, and finished here. It just meant that I was doing other things that would contribute towards it, like writing software and doing loads of woodwork to build my studio properly and soundproof everything. 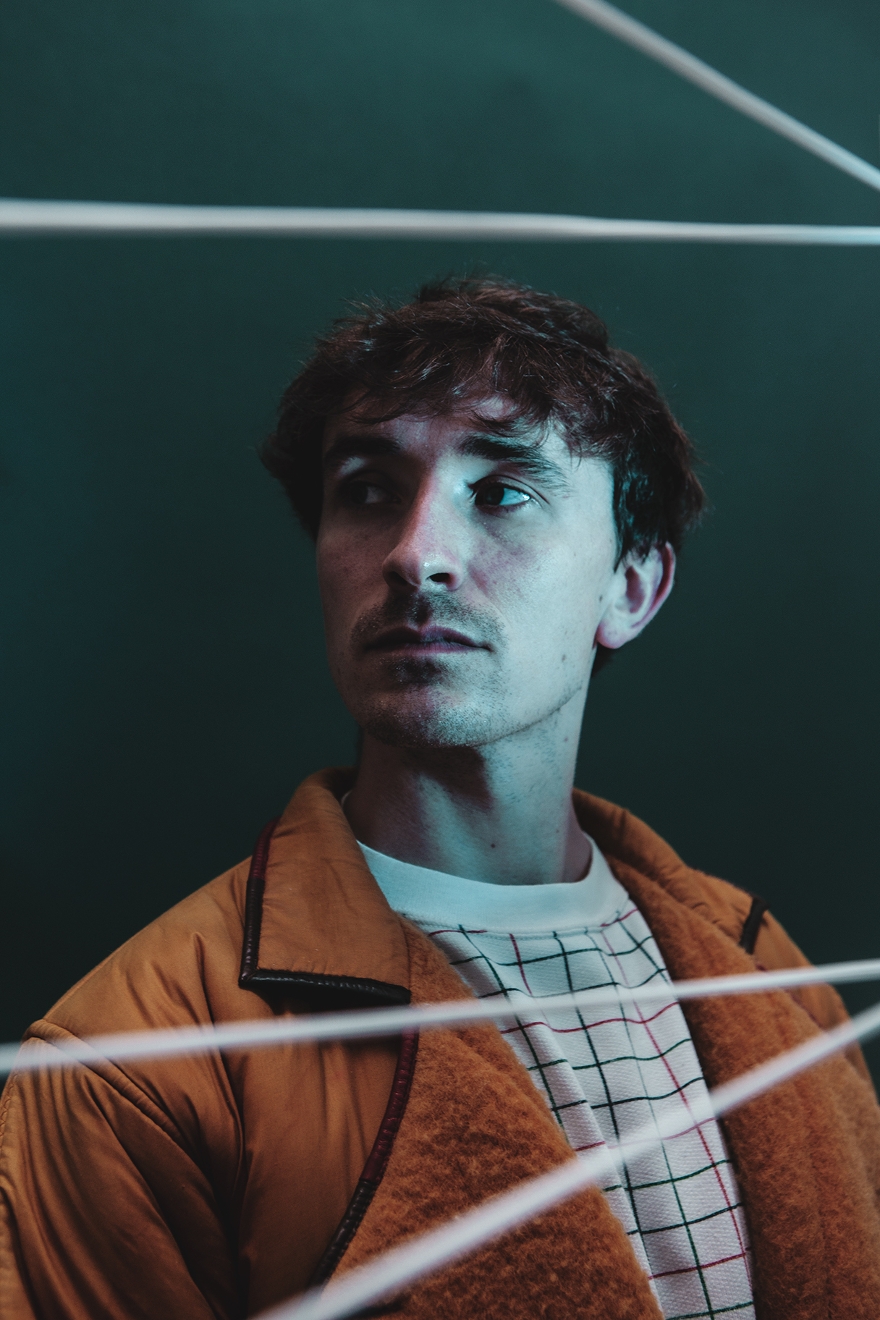 You’ve come a long way since ‘Family Portrait’ - what can we expect from the next record that might sound a little different from that debut album?

I guess a bit more uptempo, although, it's a bit downtempo at points as well. I hope that it's more melodic, bolder and faster. I wanted to get down a lot of big ideas rather than the technical stuff, even though there are still technical elements of it, but I wanted each track to be one big idea.

What was the inspiration behind it? Did you take any sonic influence from other artists or producers?

I was listening to loads of UK stuff from around 2010. So, all of that post-dubstep and future garage and all of the things that came out of that post-Burial era, I just thought that was a really interesting time. It's sort of coincided with me being in lockdown in this area, which I've been in for the past 10 years, and that was the music I was listening to when I first moved here a decade ago. A lot of it is a nod to that era, probably subconsciously, and I was like thinking a lot about what has happened over the past 10 years since I've lived here. There's a lot of references to those periods, especially in track titles.

That leap from making music in your bedroom to playing enormous live shows in such a short space of time must have been quite surreal. What has been your biggest ‘pinch me’ moment so far?

That's a good one. Probably one highlight was playing at Coachella in this huge tent in the afternoon. It was so weirdly hot, like 35 degrees or something, so nobody wanted to be outdoors. They all rushed inside this cooled tent, and there was just so many people. We played a live show at the time where I was testing out some new material from the Epiphany EP, and my girlfriend got these videos of the tent which are absolutely insane. It's just vast, this huge wave of people. Playing in Palm Springs at such an iconic festival and to have so many people that was a proper like - wow, something's really happened here!

Read this next: Coachella announce headliners for 2022 and 2023 festivals

You can quite meticulously shift from the lo-fi house sounds that we know so well from you, to much more intense, Berghain-matched techno when you play live. How do you cater different sounds to different audiences, and what is your favourite type of set to play?

With a live show, I've only got a certain amount of tunes that I can play. So it will be like some of the lo-fi stuff and some of the newer stuff. We do shorten certain tracks if it doesn't feel like it's that engaging for the audience. As you were saying, when we were playing the Berghain, we turned the sub up and would play the ones with a kick to not drag out those sort of longer like sort of lo-fi moments. With the DJ sets, I guess anything goes for me. I try to be creative with it every time I play, but sometimes you just need to figure out the mood. Some of these first ones when things started to open up after lockdown, for example, I was just thinking: 'what do I want to hear on my first night out after a year and a half?' and it's just like fucking bangers. And I was fully up for that.

What did you play on your first live show back?

The first DJ set, I definitely did the noble thing and played loads of bassline. It's just such uplifting music, and it's also just a bit of a throwback and a lot of fun. 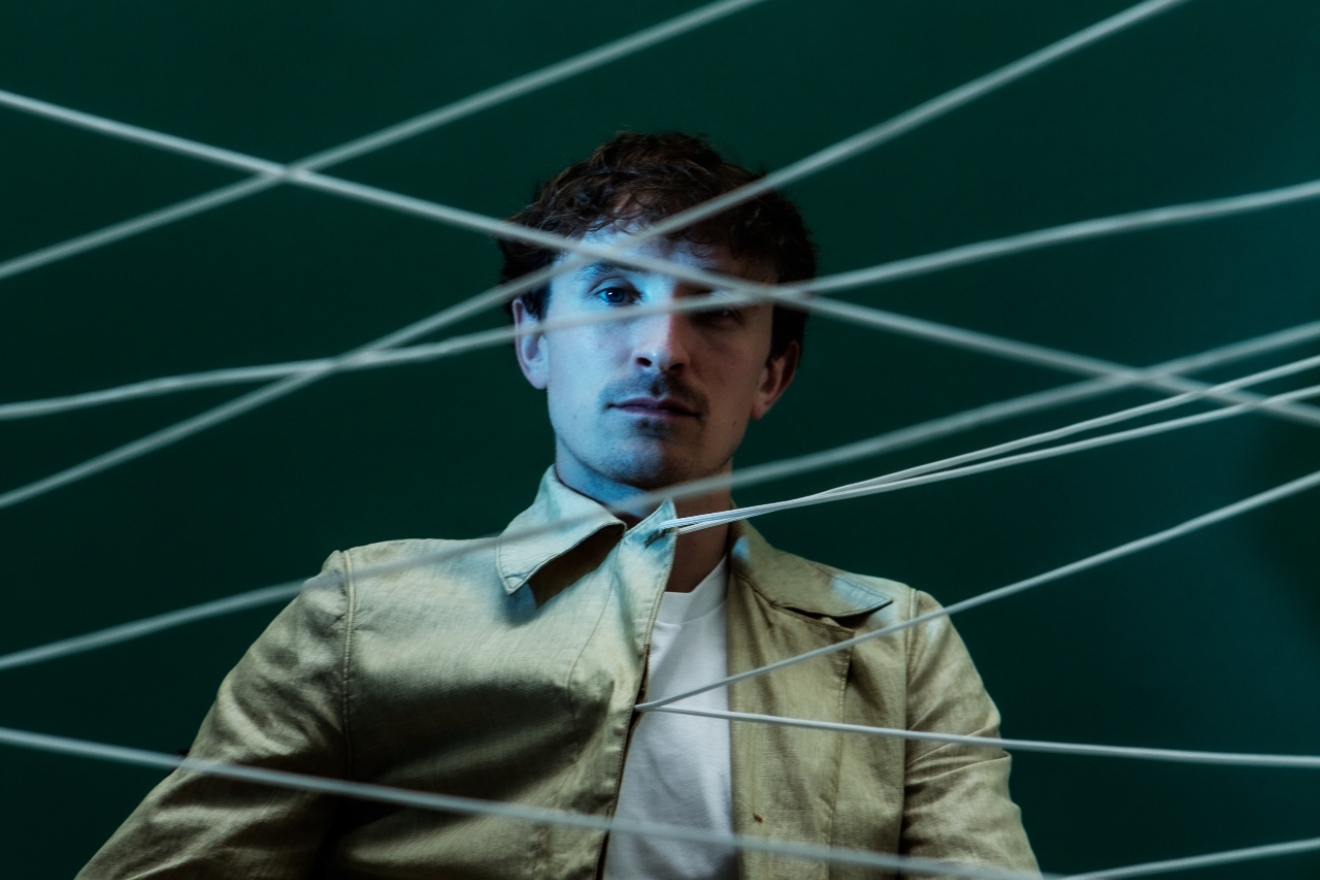 You were well-known for your lo-fi sound in your early career - how do you define your music now?

I did think about this, and I tried to define what makes my sound now, but I don't know. You spend so much time working on something that all of these influences that are part of you come out naturally without thinking. If you allow yourself to be completely open-minded and free and try not to be influenced too much, you just make something and make something and make something, gradually what makes you unique will come out in that product. It's hard to define. It's just adding bits of what I like, and then it finds its way into just something that's hopefully yours.

What legacy did lo-fi house leave behind? Did it evolve into something new?

I think it's been about four or five years since that sound phased out a little bit. I've just got this hunch that it's gonna come back around in about five or six years again.

Do you think there'll be a new iteration of it somehow?

It could, but it might be something that was so cheesy that it's just left behind. When you get to that 10 year period afterwards, maybe then you'll have enough time to reflect on it and be like, 'what was that?' because at the moment it feels so fresh, it just feels like this thing that happened. In 10 years, people will look back and be like, 'what was that musical moment?'. Similarly to dubstep, a few years ago nobody chose to dig into the history of dubstep because it was such a recent thing, and it blew up so massively and people began to hate it to the point where they were like, 'fuck dubstep'. But now, you can look back at it and be like, actually, that was so so important for UK music and global music, you know?

You’ve spoken about your dad as a seminal part of your music career before - what kind of influence did he have on your music? Do you reel back on those nostalgic sounds because of him?

Yeah, 100%. Nostalgia for 80s music is definitely through him because that was all of the stuff that he liked like high energy, Italo disco, and just whacked out 80s techno. He'd just be knocking around the house playing records or making them himself. He's still obsessed with it, he just loves that era, always played the same tunes or finds new old tunes. His drive to discover new music is something that inspires me big time, he's constantly digging and he's like 60 now.

Does he listen to a lot of your music and do you bond over that?

He does, and I always show him my music and he wears his heart on his sleeve so much that I can always tell when he actually likes something. I'd show him something, and he'd be like, "oh, yeah, that's that's, that's nice, well done". Then sometimes you just catch him and he's like, "hmm yeah, okay".

Do you have any dream collaborators or vocalists that you want to work with?

Definitely. I want to do something with a UK rapper for sure, I've always made hip hop stuff. But I'm not crazy about getting in the studio with people, I do enjoy it when it comes down to it, but I just love the solitary process so much that that's where my head's at at the moment. Now, that always changes. But at the moment, I love just spending time by myself making music.

So, no hip hop album on the cards?

Not yet! Maybe next I'll be making one.

What are your next steps as a producer?

I'm just focused on getting the getting this album out. I'm still writing music, but there are no plans with it yet. As I say, I'd love to do something with a rapper at some point. But there's nothing really on the cards at the moment. Just interviews and album business!

Ross From Friends' next album, 'Tread', is out today. Buy it here.