Everything is set up for Black Coffee to call in the final sunrise of this year’s Neversea Festival on the ocean-facing Daydreaming stage; yellow rays are beginning to spear through the early morning murk, accompanied by the bump and shuffle of the South African’s signature style. The beach-based Romanian festival, now in its third year, is the perfect frame for moments like these, its gorgeous stretch of Black Sea shoreline providing the kind of jaw-dropping vistas that most festivals would sell their exclusivity deals for. However, a few seconds later it starts absolutely tipping it down, giving the crowd a choice: to huddle under thatched umbrellas, or push through out in the elements.

Along with the sunrise/torrential rain combo, this festival is peppered with contrasting elements, from its line-up (when was the last time you caught Jessie J and Raresh on the same bill?) to its stages, which range from the goliath Main Stage – complete with cable cameras, pyrotechnics and fireworks – to the pared-back Temple arena. These contrasts, says the festival’s Florin Serban, are deliberate. “In the post-Communist years, there has been a lust here for diversity and consistency in ‘the same soup’ so everybody can enjoy this festival as a whole,” he explains. Sure enough, the first thing that hits you on the opening Thursday night is the waft of popcorn around the Main Stage and the mix of ages, a combination that often makes the event feel more like a national holiday for the resoundingly Romanian contingent who have flocked to it.

While international acts such as G-Eazy and Sean Paul go down a treat for the mainstage masses, Neversea pays a great deal of attention to domestic acts, too. Romanian hip hop, dub and reggae hold fort at the Ark, the festival’s second biggest stage, while the Temple hosts some of the country’s most exciting techno producers. Sublee, a Romanian DJ who opens the Temple on day three, tells us how impressed he is by the effort and care put into the stage, from its design (which bursts with cascading, kaleidoscopic visuals) to its sound. Stoical stage manager Akos Vincze (who observes the performances from afar with a zen-like, parental air of pride) explains, “Last year we had an L-acoustics set-up but this year the boys from Music Gear came with a Funktion-One Evo 7E, my favourite outdoor soundsystem.” While most open-air British festivals pack as much punch as a canned G&T, the Temple sounds spot-on, pumping out powerful but precise audio. The stage could benefit from a shift in location, preferably facing away from the buildings and towards the ocean, something Vincze acknowledges and wants to change next year, but for heads-down techno, the view is less of a priority. 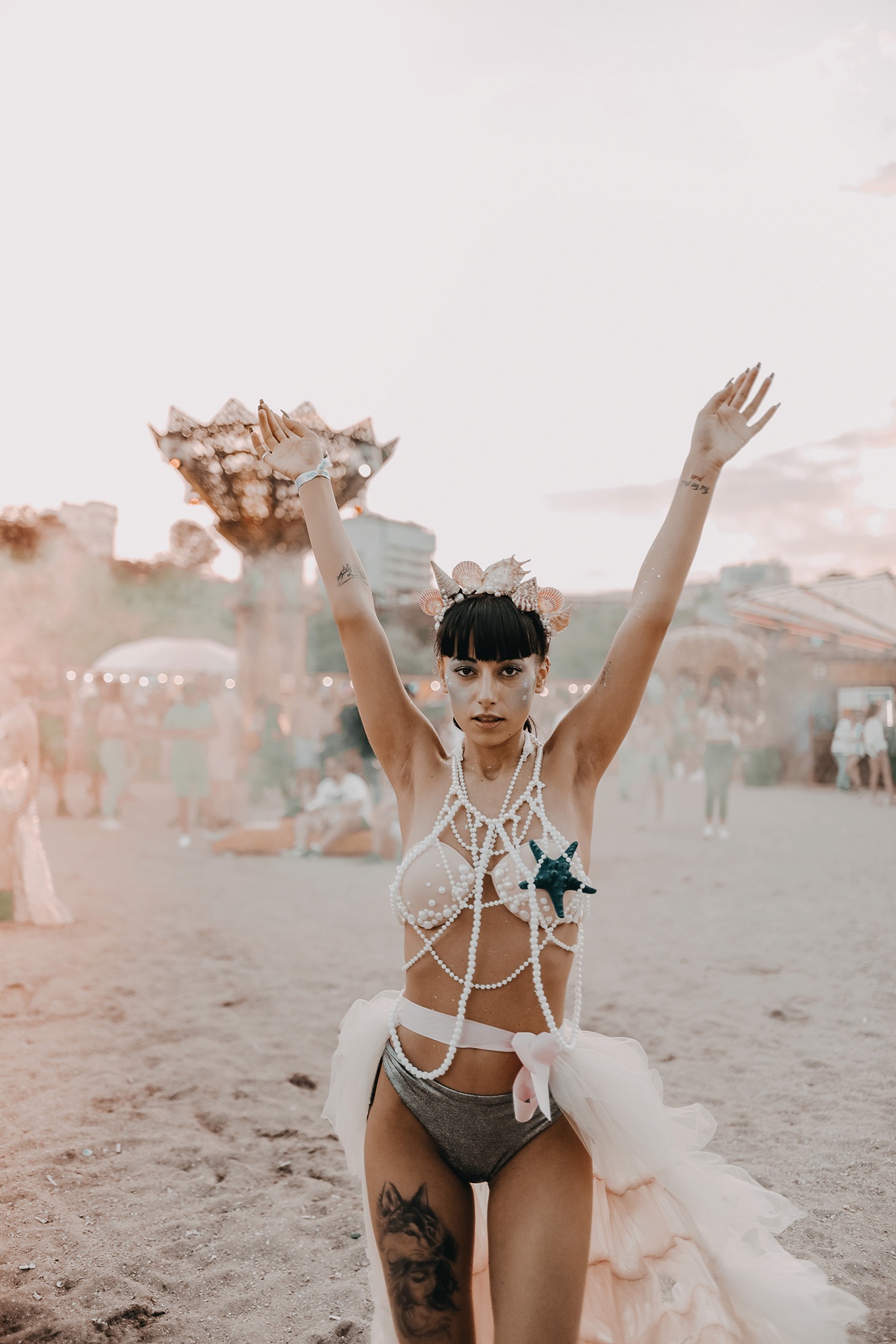 Dan Andrei and Kozo drop a killer back-to-back set to open here –including the cosmic bump of Urulu’s ‘Groove Therapy’ and Moby’s radiant Deep mix of The Shamen’s ‘Make It Mine’ – to a sparse yet dedicated crowd. But the following night it swells for an all-Romanian schedule featuring sets from Cap, SIT, Raresh and Suciu. Cap’s is the pick of the bunch, a sizzling warm-up which includes Amir Alexander’s dreamy ‘Bittersweet Memories’, a track that also made its way onto Raresh’s ‘Fabric 78’ mix back in 2014.

While the energy wanes a little by the third day, a Praslea and Cezar back-to-back is enough to push the vibe back up, particularly when they drop Sunday Brunch’s spiky Night Drive mix of ‘My World’ – cue the appearance of a unicorn dinghy and a glut of rippling Romanian flags.

And if it feels peculiar to see members of the ostentatiously underground Romanian minimal scene play at a festival flush with sponsored drink stalls, marketed vantage points and fluoro logos dotted throughout the site, then aesthetic quibbles are a small price to pay for an event that treasures diversity in music, supports local talent and has some of the most stunning views we’ve ever seen. All in all, a tasty soup.

Africa Is Not A Jungle: How Black Coffee is leading a music industry revolution
SIT in The Lab LDN
NEVERSEA: The Romanian festival with a devotion to its surroundings
Get the best of Mixmag direct to your Facebook DMs